This Is Black Metal Webzine has chosen Mork’s “Katedralen” for a back-to-back review. Read the following reviews by two of our team members and enjoy! 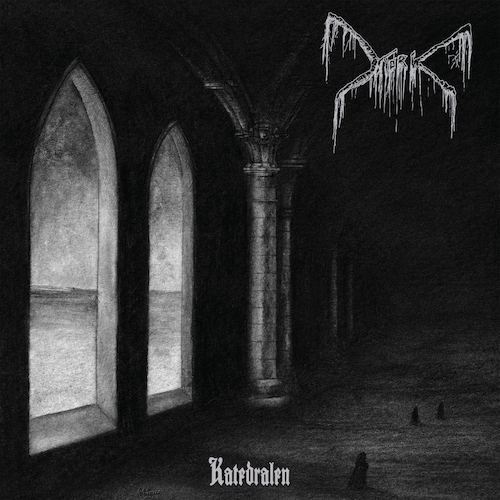 Halden, Viken, Norway’s Mork began in 2004 as a solo project created by Thomas Eriksen. Thomas didn’t expect much from it, but his music; largely influenced by the legendary Darkthrone has since enthralled both critics and fans of Norwegian Black Metal. The project was so well-met that after the release of its 2007 demo, “Rota Til Ondskap”, Thomas had recorded and released Mork’s debut full-length LP in 2014’s “Isebakke” and then visited Darkthrone’s old rehearsal haunts in order to stir up some inspiration. Mork began to catch the attention of various record labels, so naturally, Thomas rallied from within the abyss of the Norwegian scene a horde of musicians capable of bringing this music to life on stage. He eventually signed with the prestigious Peaceville Records. On March 5, Mork unleashed its fifth full-length LP, “Katedralen”. 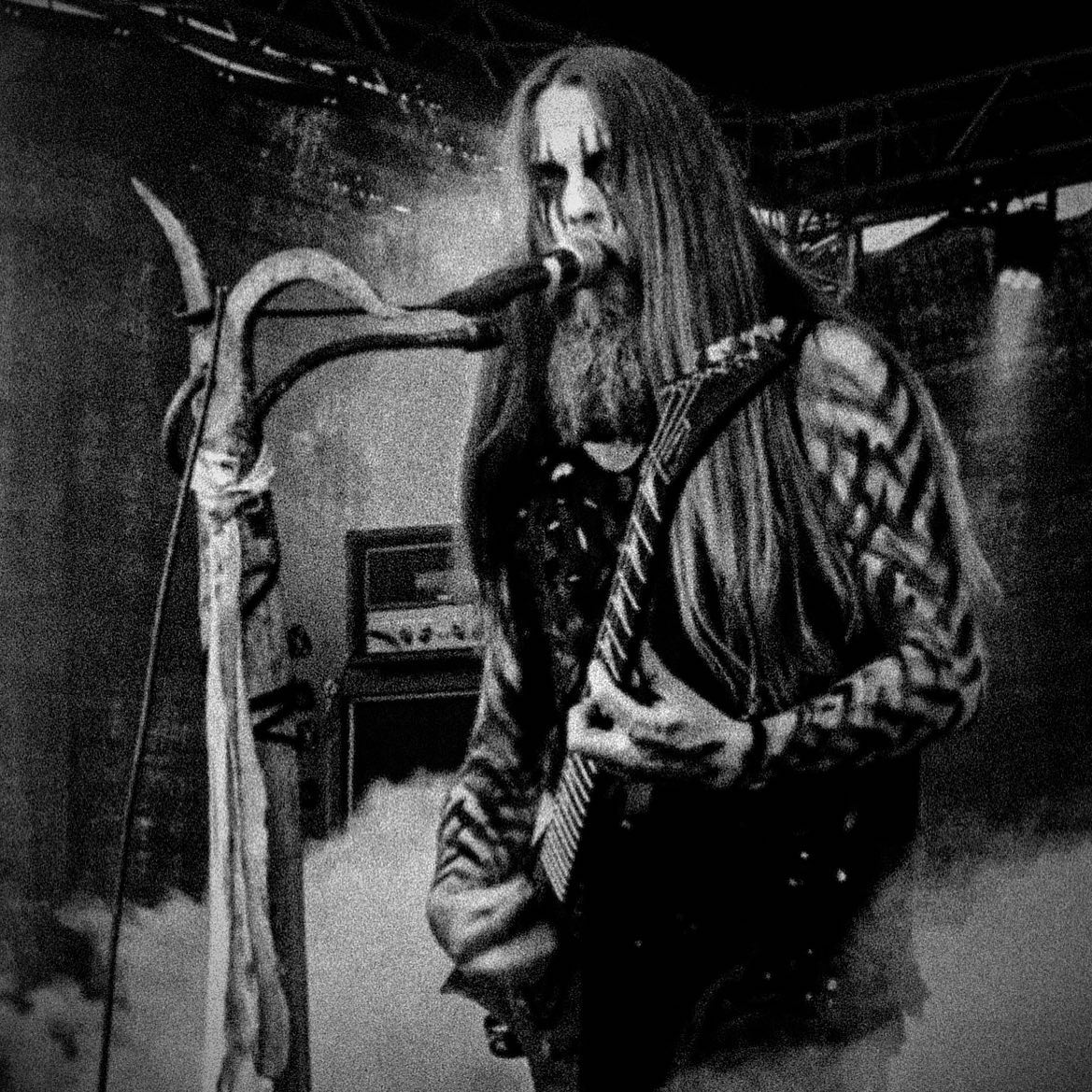 As far as Norwegian Black Metal albums are concerned, you couldn’t ask for one truer form than “Katedralen”. Stripped-down, earthy and utterly diabolical, this album heralds the spirit of the old way with stylistic similarities to the aforementioned Darkthrone and even Satyricon with slower groove-driven tempos in tracks like “Arv” and “Det Siste Gode I Meg”. The latter sees Mork stirring up the spirit of the ancients as desperate vocals call out into the track’s haunting atmosphere. No need for synth or keyboards here. Mork has mastered the minimalist approach with guitar and vox creating all the atmosphere you could ask for as both reverberate with an ethereal quality. Mork ventures into progressive territory with “Lysbæreren”. Here you’re met with more intricate riffing patterns that cast Thomas’s talent in a brilliant light before the journey culminates with “De Fortapte Sjelers Katedral”. Lazy yet captivating tremolo-driven melodies set to Thomas’s finest vocal contribution finish the record off with class. This track boasts the album’s most epic compositions and it speaks volumes as to what Thomas is capable of as a musician. You couldn’t ask for a more appropriate closer.

“Katedralen” is for fans of true Norwegian Black Metal done the traditional way with no frills and no-nonsense. Production is down-to-earth, and the album’s overall vibe is ominous and depressive; capturing the very essence of Black Metal’s dark history and malevolent intent. Over the past twenty years, Black Metal has become one of the most, dare I say, colorful sub-genres in metal with bands incorporating a vast array of other influences into the music as it’s evolved artistically. With “Katedralen”, Mork takes us back to a simpler time during the aforementioned Golden Age when BM was much more the product of heritage and inner expression. This is definitely an album for the purist… and for fans of Darkthrone…

In more recent years than in its golden times, Norwegian Black Metal of the 90s has seen a rebirth thanks to bands such as NettleCarrier, Dødsengel, Kaosritual, Mare, Djevel: Thomas Eriksen’s Mork project is one of them. Since the Isebakke debut in 2013, ours has carried out its own musical style with consistency and made its own the formulas used by the progenitors of the genre of its native land, always managing to give us high-quality albums reaching the peak, for me, with the third Eremittens Dal. Until now. And I say until now because I feel like placing the new Katedralen on the same step if not in the one just above the aforementioned album, considering it, among other things, superior to its still excellent predecessor Det Svarte Juv. A hypnotic short organ intro opens “Dødsmarsjen” (trd: The Death’s March): you are assaulted by an icy Black Metal riff worthy of Nattestid Ser Porten Vid’s Taake, then move on to an early Darkthrone-style blast and a cheeky Black ‘n’ Roll mid-tempo. Brilliant and well-done the bass lines. “Svartmalt” (trd: Painted Black) starts on open chords and then moves on to the classic mid-tempo and melodies to which Mork have accustomed us: it is difficult not to make a comparison with the aforementioned Darkthrone (also under Peaceville Records since the beginning, between other), but the band juggles masterfully composing songs like this one without falling into plagiarism at all. “Arv” (trd: Heritage), my favorite episode of the lot, also owes its success to the founding fathers of the genre: it starts with a slow and epic tempo in full Norwegian style, a solution often adopted by comrades Djevel too. Sentimentally successful the melodic refrain was sung with choirs in a clean voice. 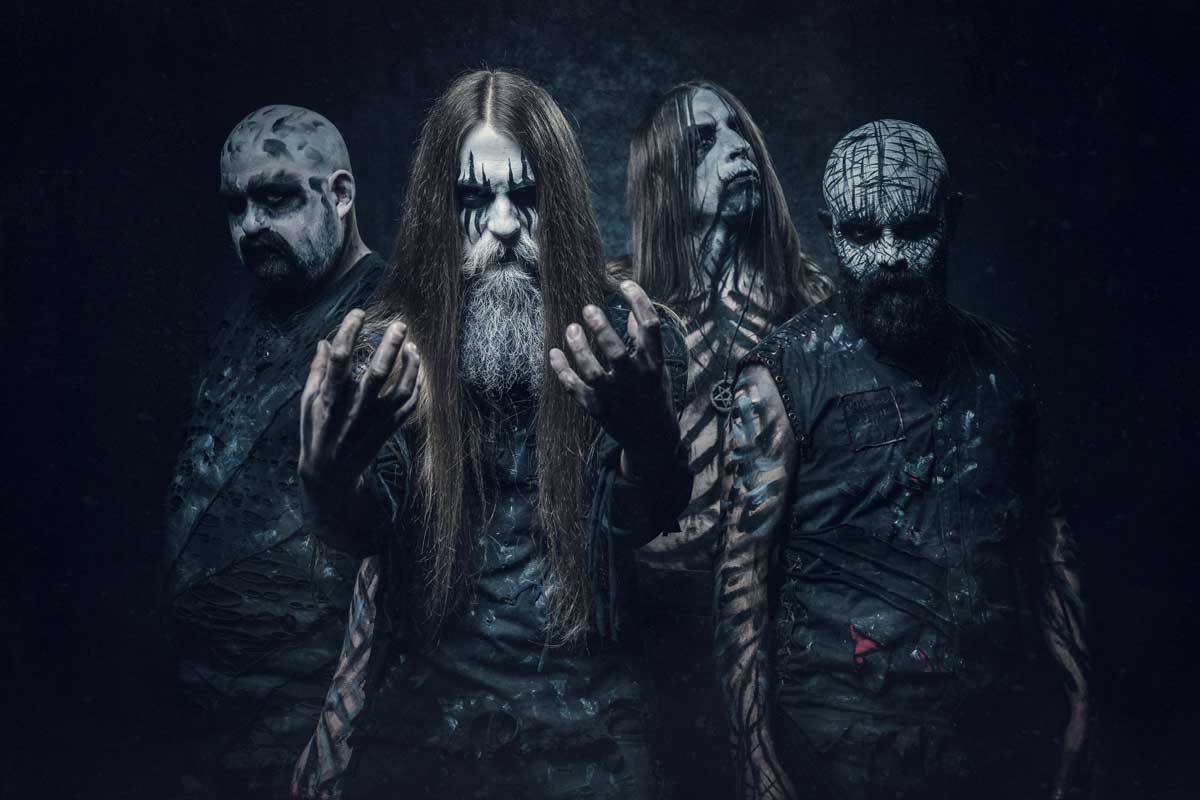 “Evig Intens Smerte” (trd: Eternal Intense Pain) starts with a blast of a riff played on the high notes that freezes the bones. Here again, there is the total devotion of the project to the black compatriots of the 90s, re-proposed by the Mork with a skill and a compositional variety that the fathers of the genre have not always had at that time. Reconfirm that Mork are among the undisputed standard-bearers of the genre today. “Det Siste Gode I Meg” (trd: The Last Good In Me) begins in full Celtic Frost style, and then moves on to the right choice of the clean voice sung rigorously, as usual, in the native language, which makes it sound like the chorus straight out of a Norwegian fjord. “Født Til Å Herske” (trd: Born To Rule) is yet another perfect mid-tempo in typical Mork style in which the bass draws an inspired melody at the beginning. One of the best episodes without a doubt. On “Lysbæreren” (trd: The Light Carrier) the guitar draws almost heavy metal melodies, a beautiful piece that is never too tight and differs from the others in terms of sounds and formulas used. “De Fortapte Sjelers Katedral” (trd: The Cathedral of the Lost Souls) consists of a cold and epic start, one of the best riffs the band has ever composed, then passing through a melodic solo as simple as it is effective. It then flows into a funereal and slow instrumental part to resume the frenetic riff introduced just before. Towards the end, a guitar melody on medium-low tones enters together with an organ and then leaves the room entirely for the latter closes one of the pieces as well as an entire work of the most elaborate of the band. Katedralen shows Mork to their full potential and demonstrates that they still have a lot to say. A mature work that reconfirms them among the best realities today not only as regards the Norwegian ones, but the Black Metal ones from all over the world. I am sure they will be able to delight us again with a future excellent Norwegian Black Metal work.