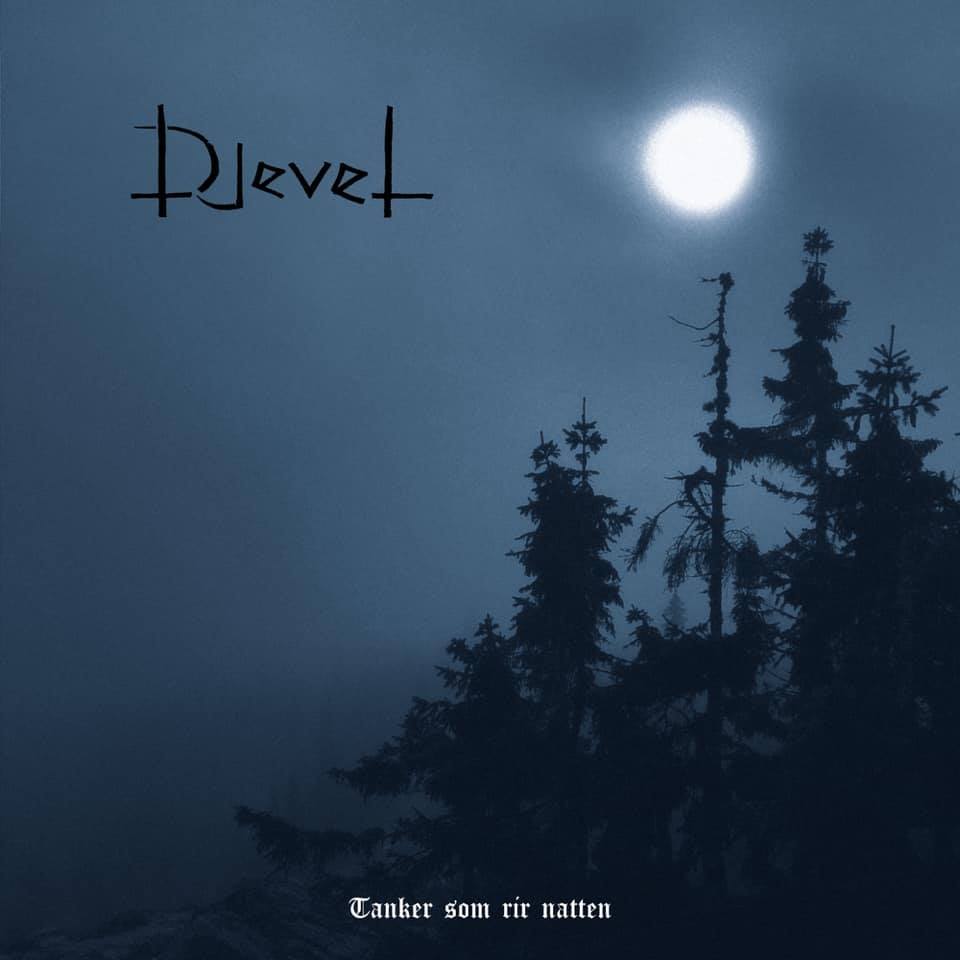 “Tanker Som Rir Natten” is a perfect album. Djevel has released great albums in the past, such as “Norske Ritualer”, but the latest one surpasses everything that Trond Ciekals has composed so far. It’s worth pointing out that the lead singer has been changed with this release. Mannevond, who has been the band’s bassist since the band’s inception and has also been behind the microphone for the past few years, was replaced by Eskil Blix, better known as HBM Azazil or Kvitrim. This change was a very good decision made by the band. In my opinion, Kvitrim is the best singer in the ten-year history of Djevel’s existence. His distinctive voice, combined with considerable creative abilities, gave “Tanker Som Rir Natten” incredible character and maturity. Feel that there is a spark between Kvitrim and Trond, resulting in the longest and most complex compositions in Djevel’s discography.

Here we are not presented with very fast, aggressive pieces, as we know from Dodssanger, for example. They have been replaced by slower, more thoughtful compositions. The vocal style also differs from what we got before, not only because of the different timbre of the voice, but also because of the approach to singing itself. Kvitrim does not focus on loud, intense singing, his vocals are rather harmonious or low, hoarse sounds.

A lot of acoustic fragments found on the album, not only allow the listener to brilliantly introduce stronger, even epic fragments, but also give him some space and time to feel the atmosphere created by Djevel even better. The very name of the album “Tanker Som Rir Natten” in free translation means “thoughts appearing at night” – the name is extremely appropriate to the content. The team has developed tremendously over the years, although not everyone will like the direction they chose. I hope that the current line-up and its unprecedented form will last for many years.

Usually I have a tendency to write about the structure of individual tracks on the album, but this time I would not like to do it. This album is a unique experience in itself, both musically and spiritually, and I don’t think words can accurately convey the nature of this amazing piece. I will only pay attention to the fragment in the middle of the second piece “Maanen skal være mine øine, den skinnende stierne mine ben, og her scal jeg vandre til evig tid”, and more specifically to the acoustic fragment preceding the second part of the piece. I haven’t heard such a perfect transition, such a great melodic solution for many years. An absolute masterpiece, just like the whole album. With full awareness, this album receives the highest score 10/10, becoming, most likely, the best in 2021. I don’t think any of this year’s black metal albums will be able to beat the new Djevel work.