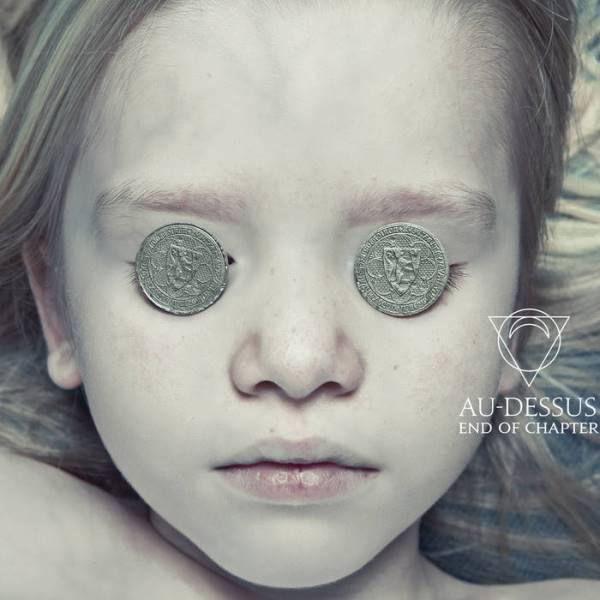 There are often times that you miss a good album release and you discover it months (or years) later. In many cases, you are unaware of the artist’s existence. This is what happened to me with Au-Dessus and their album ”End Of Chapter”.. A couple of months ago while i was chatting with the chief editor/site overseer of  ”thisisblackmetal.com” Archon X about new album releases, old releases, and forthcoming reviews i was working on, he mentioned the Lithuanian band. He told me that i would definitely enjoy this album and he was right! So, although the album was released in 2017 i decided to write a review about it.

The Lithuanian Band with the French name (Au-Dessus means ”Above” in English) was formed in 2014 and it is based in Vilnius. ”End Of Chapter” is the band’s first Full-Length Album following their 2015 EP ”Au-Dessus” which i haven’t yet listened to but judging from the song titles, there must be a connection or a concept between the two releases. In both releases, the tracks are named after by Latin numbers. While their First EP ends with Track V, ”End Of Chapter” starts with VI. After a few listens to the album i was impressed. You could describe their music as Post-Black Metal (or even better Blackened Post Metal) with a lot of Sludge elements. But please, do not stick to genres and tags.. The basis may be Post-Black Metal but many elements and influences emerge during the album.”End of Chapter” is built with memorable riffs and vocal lines, that stick to your mind, once you give the album a few listens. The guitars diverse throughout the album from fast aggressive raw (and sometimes sludgy) riffing to melodic. The same goes for the vocals which vary from harsh brutal to clean and beautiful.  Their music balances between raw and beautiful, pushing you once to the dark and the next moment they drag you to the light. Bands that come to my mind when I listen to Au-Dessus are Deathspell Omega (of course their music is much easier to listen but a little bit of dissonance is in the air) and Blut Aus Nord. My favorite tracks from the album are the mid-tempo opening track ”VI”, ”VIII“, ”IX” and the amazing ”X” but ”End of Chapter” is a complete album and not a collection of songs (there are no fillers here), so you should listen to the whole album to create an opinion.

To sum up ”End of Chapter” is a great album that you should definitely listen to if you like the quality Modern Post-Black Metal. If you missed this album back in 2017 when it was released give it a listen and you won’t regret it. Besides the music, I have to mention that the album cover draws my attention and fit perfectly with that band’s music. I am looking forward to hearing more news from Au-Dessus soon. I hope they will release something new very soon!