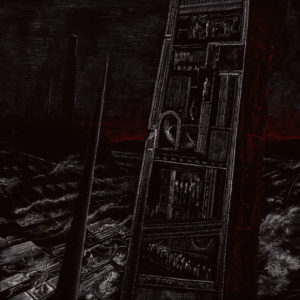 Deathspell Omega – The Furnaces of Palingenesia

There is no doubt when talking about bands that defined the modern Black Metal scene, Deathspell Omega is the first to come in mind. Shrouded in mystery, they managed to revolutionize the genre, incorporating unique elements to their chaotic style of music and creating new possibilities for everyone else.

With their latest creation,they prove yet again that they are one of the most consistent bands, delivering a great album and taking their music a step further. A less chaotic album than their previous one but with a darker atmosphere, it consists of both slower progressive mid-tempo parts and some aggressive parts with strong avant-garde influences. Fluid with more post-rock elements, it gives the feeling of a wholesome entity.

A guitar based album, with cyclical riffing loops providing a psychedelic post-rock aspect and different dynamics in the instruments interactions. The guitar writing is dissonant, never turning into solos, with blast beats in the faster parts of the album and keyboard sections creating the dark atmosphere. “Neither Meaning nor Justice” makes for a heavy and dissonant opener, reminding us a bit of “Paracletus”, preparing for the various raging and atmospheric parts to come.

The whole album alternates between aggressive and atmospheric parts, with “The Fires of Frustration” being a furious song, containing a lot of tremolo picking, leaving its place to “Ad Arma! Ad Arma!” and “1523” which are slower and more atmospheric. “Splinters from Your Mother’s Spine” is built on sharp riffs, while jazzy rhythms are apparent on “Imitatio Dei”. Even though there are eleven songs the albums goes by quickly, with “Sacrificial Theopathy” and “Standing on the Work of Slaves” feeling like a raw continuation of one another.

“Renegade Ashes” comes to slow down things and shift the atmosphere once more proving the pattern of the album. Moreover, “You Cannot Even Find the Ruins…” gives a great ending to a dynamic album with an interesting turn in the voice of Mikko Aspa. The lyrical theme of this album moves to a different direction, from a more spiritual basis to being more earthly and philosophical.

The band adds another chapter to their musical journey, continuing to show their creative nature album after album and an evolution to their music with every step they take. The album might be a little safe at times, but one can’t help but get impressed by their high compositional skills and disciplined writing, leaving the listener looking forward to their next work. 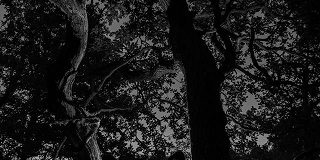