Panopticon – The Crescendo of Dusk (EP) 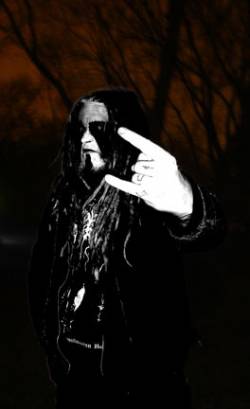 The self-titled song, ”The Crescendo of Dusk” is a Melodic Black Metal 13 minute track typical of the Band’s style. I have to say that is one of the band’s best songs! The song starts with a fast melodic riff and blast beats but it evolves at becomes more complex and atmospheric. Around 04:45 there is a captivating atmospheric ambient part, which takes the song to a whole new level. The second track “The Labyrinth” is a beautiful acoustic song that has nothing to do with Black Metal. Instead of riffs and blast beats, there are acoustic guitars, slide guitar and clean (almost spoken and narrated) vocals. All of you who are familiar with the band’s music are aware of the love that Austin L. has for Americana/Folk music. Of course, many of you who haven’t yet listened to the band’s music may not like those Country/Americana/Folk influences and songs but i suggest you be open-minded and give it a change! I think that this is release is perfect for someone who wants to get known for Panopticon’s music. I guess that all of you who follow the band have already listened to it many times before this review was even written. To the rest of you, I highly recommend listening to this EP.