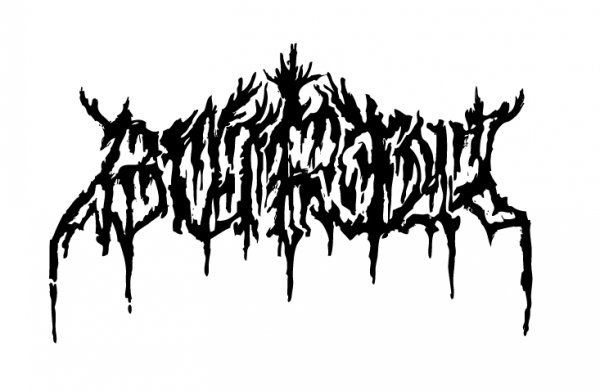 This Is Black Metal talks to Burial’s Derek Carley about goats, the North and diversity in Black Metal.

Derek Carley is a busy man. As well as working full time, he is one of the driving forces behind not one, but three deliciously revolting bands: Foetal Juice (Death/Gore), Wolfbastard (Black/Crust) and Burial (Black/Death). Still, he was kind enough to spare some time to talk about the latter outfit in the wake of their subliminal new release, Satanic Upheaval. This is the third full-length from the ferocious 3-piece and for me, it’s by far their most accomplished, oozing with bleak nihilism and occult brutality.

This Is Black Metal: Hi there. Thanks so much for taking the time to talk to us in these weird, uncertain times.

TIBM: First off, you played one of the last Black Metal shows before lockdown back in early March, filling in to support Fen at Satan’s Hollow (Manchester). Was there a strange atmosphere at that gig, given the uncertainty of things regarding the pandemic at the time?

Derek Carley: Yeah, I did feel a strange vibe. It was just a few days before lockdown and, speaking to Fen, it just felt like it was a lost cause for them. We were asked to join them around Europe, but we could tell things were coming to an end. Gutted. I was in a pub when the lockdown was announced and it was dead, which I was surprised at.

TIBM: Yeah, I really felt for them having to cut the tour so short. Was hoping to get to that show but had to self-isolate. Ah, pubs…a forgotten pleasure!

Derek Carley: I know. Looking forward to a pulled pint. 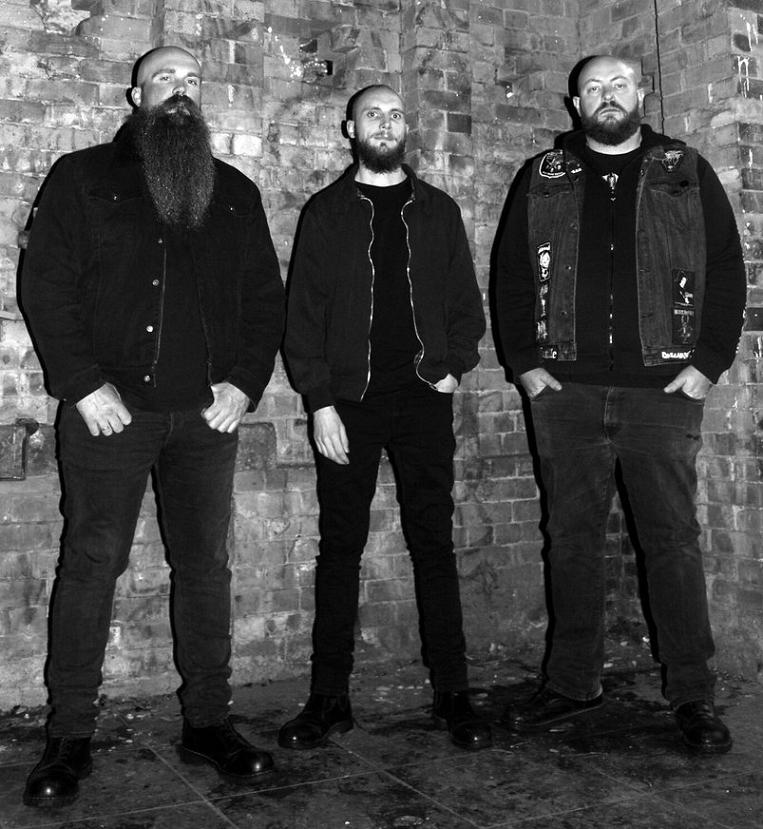 TIBM: I can’t even tell you… Congratulations on Satanic Upheaval by the way – it’s an absolute monster. My favourite track is Encircled by Wolves. Do you think you’re finally getting the recognition you deserve?

Derek Carley: We’re getting some great response from this album; I’m really chuffed with the feedback. So proud of my friends and bandmates. Really happy with Encircled by Wolves.

TIBM: That’s fantastic to hear. Yeah, I love the bleakness of that track. And speaking of bleakness, what was it like recording at the legendary Foel Studios?

Derek Carley: Well, we got Chris to master it at Foel. We recorded it at Chris Taylor’s Noiseboy Studio in Salford. I did record the new Foetal Juice album at Foel which was amazing – so remote and grim. Got woken up by cows shagging outside, haha!

TIBM: Jesus…Did being out in all that grim wilderness impact on the sound at all?

Derek Carley: Not really on the Foetal album at Foel Studios, but at noiseboy studios in Salford we were surrounded by grim shitty chavs and industrial units. The saving grace was getting curried goat from the local Jamaican takeaway. We’re not grim in the old school grimness way. I think we take our grimness from everyday life.

TIBM: That’s interesting and, I think, leads onto something I wanted to ask about your relationship with Manchester. When I was 19, I worked as a traffic warden there and spent a lot of hours skiving in Ancoats, which, back then, was like some sci-fi wasteland. In the 15 years since Manchester has changed beyond recognition. What do you think about the ‘new Manchester’ and has the old Manchester, with its post-industrial wastelands, influenced you at all in the way it influenced Joy Division, etc?

Derek Carley: Aha nice, I reckon you’ve given me a few tickets ya bastard, haha! I believe so, yeah, we all grew up in old mill towns outside of Manchester, but we all work in Manchester and gig in Manchester. I miss some venues like JabezClegg and Roadhouse and Sound Control (not very old…) Really love Star and Garter. Joy Division are a big influence on us – not sure if that dilutes into our sound, maybe our nihilism…When we started the band we rehearsed in an old cotton mill which was hanging!

TIBM: Yeah, Star and Garter are great – it felt like it was in an 80s time-warp back in 2002 when I first went and hasn’t changed at all. I wonder, would you ever consider bringing the north’s industrial legacy into your artwork or wider themes as other bands have done?

Derek Carley: Not sure it’s really possible…we do have a goat which is sort of cotton-ish, haha! We did have an ep with a war sort-of-theme but not really into it. I love occult and witchcraft-style woodcut drawings.

Burial – Beneath the Light

TIBM: Yeah, I love that aesthetic. On the occult thing, I’ve read in previous interviews that you’re less into the dogmatic, religious side of it. What is it about Satanism and the occult that is so enduring for you and how does it connect to your urban setting, if at all? Also, as a side note, did you ever visit that occult shop that used to be on Oldham St near Afflex? Back when the Northern Quarter was full of sex shops…Some dude in a Cradle of Filth T-shirt scared the shit out of me in there when I was about 12.

Derek Carley: Haha, I remember the sex shops! I went to a music college on Lever Street and would go to a chippy on Tib Street, have a perv in a sexy shop then go to a pub on Oldham Rd instead of classes, haha! I think the occult / English pagan-ish shit has come from traditional things like Whit Friday/ Mayday stuff. I used to get dressed in my Sunday best for Whit Friday and May Day in the town I grew up in and felt it was a bit paganish rather than Christian. I also love Wickerman and Hammer Horror films which have also seeped into our tastes. I just love goats and naked women, haha!

TIBM: Who doesn’t?! Maybe not at the same time…There’s a dark sense of humor that seeps through in all of your projects and Black Metal bands aren’t exactly known for laughing at themselves. Do you think it’s a northern English thing?

Derek Carley: I reckon so. We’re all working class: I work as a pipe fitter on a site with lads chatting about shagging birds and football and, I’m like, ‘drinking blood in a castle’ haha!  Doesn’t happen…the music speaks for itself. We’re as down to earth as you can get. We were all brought up on punk and I think our way of music goes in that mental direction, if that makes sense? It’s all about fun.

TIBM: Sure, and I think you’ve done a better job than anybody of pulling it off, with Wolfbastard especially. And, speaking of Wolfbastard, I’m dying to ask…were the Macc Lads an influence at all?

Derek Carley: Ha! I used to get driven in the work van listening to that stuff! I think in a way they probably were. Back in 2003 we all went to Wacken on a coach trip and people were putting CDs on like Blind Guardian and shit like that. I put on Gorerotted, Macc Lads and Darkthrone…the moshers weren’t happy. 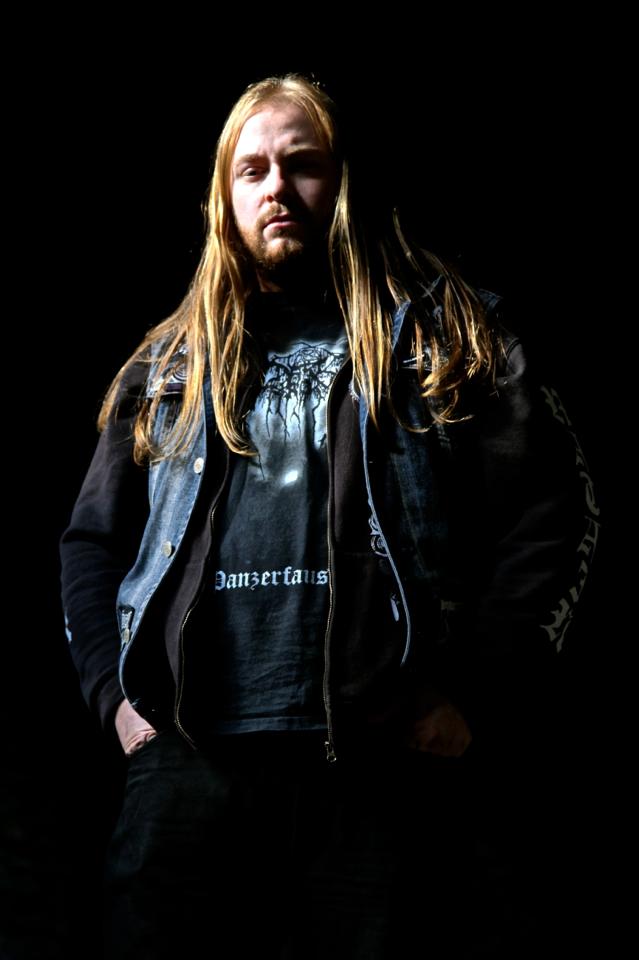 TIBM: I bet! That’s brilliant…On a more serious note, I noticed that you recently blacked out your social media profile following the killing of George Floyd, as did many Black Metal bands. Historically and internationally, Black Metal perhaps hasn’t got the best reputation when it comes to racial politics. That said, I’ve actually found the UK Black Metal scene to be more racially diverse than other metal genres. What are your thoughts on this and what are your wider thoughts about Antifa shutting down Black Metal shows?

Derek Carley: I feel the Black Metal shows we play/choose to play are amazing – always diverse and welcoming. I detest racist pricks and they’re not welcome at our shows. I’m not personally in-par with Antifa – I disagree with their ways of going about stuff with all the witch hunts and stuff like that. We’re not a political band at all – we’re dead in the middle of the political scale. I hate the Antifa view of ‘if you’re not openly shouting about racists you’re grouped in with them…’ Sorry, I’m working a full-time job and have family commitments. Hope that makes sense…

TIBM: Of course. It’s pretty much how I feel – in fact how most reasonable people seem to feel. Thanks for your honesty.

TIBM: Totally… Just to warn you though, the next question is a bit controversial. Winterfylleth or Fen?

Derek Carley: For me, it’s got to be our kids in Winterfylleth – we’ve been mates for so long and their latest album is incredible. 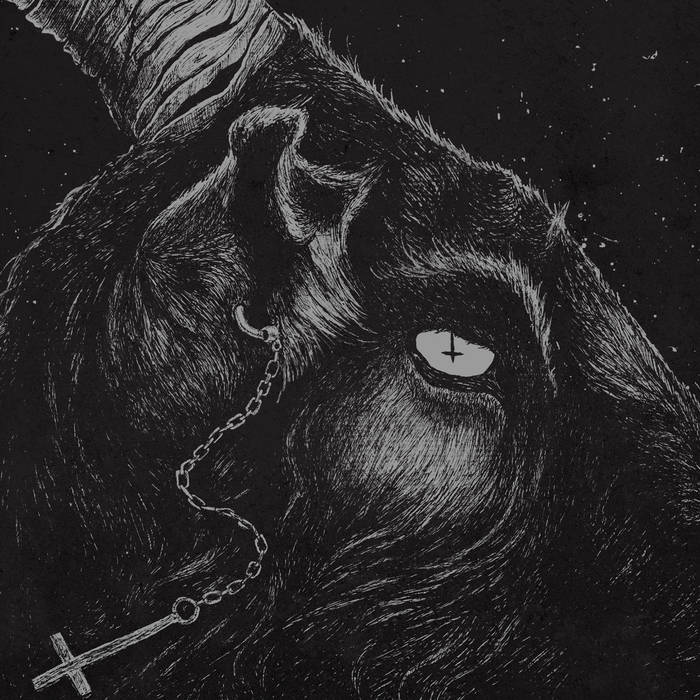 TIBM: I knew you’d side with the Mancs! Yeah, it’s great. Just reviewed it too…

TIBM: Will do. Thanks so much for taking time out of your busy schedule. It’s been great talking to you.

Derek Carley: Cheers buddy, been nice chatting with you

TIBM: I hope to see you back on the road with The Infernal Sea before too long.