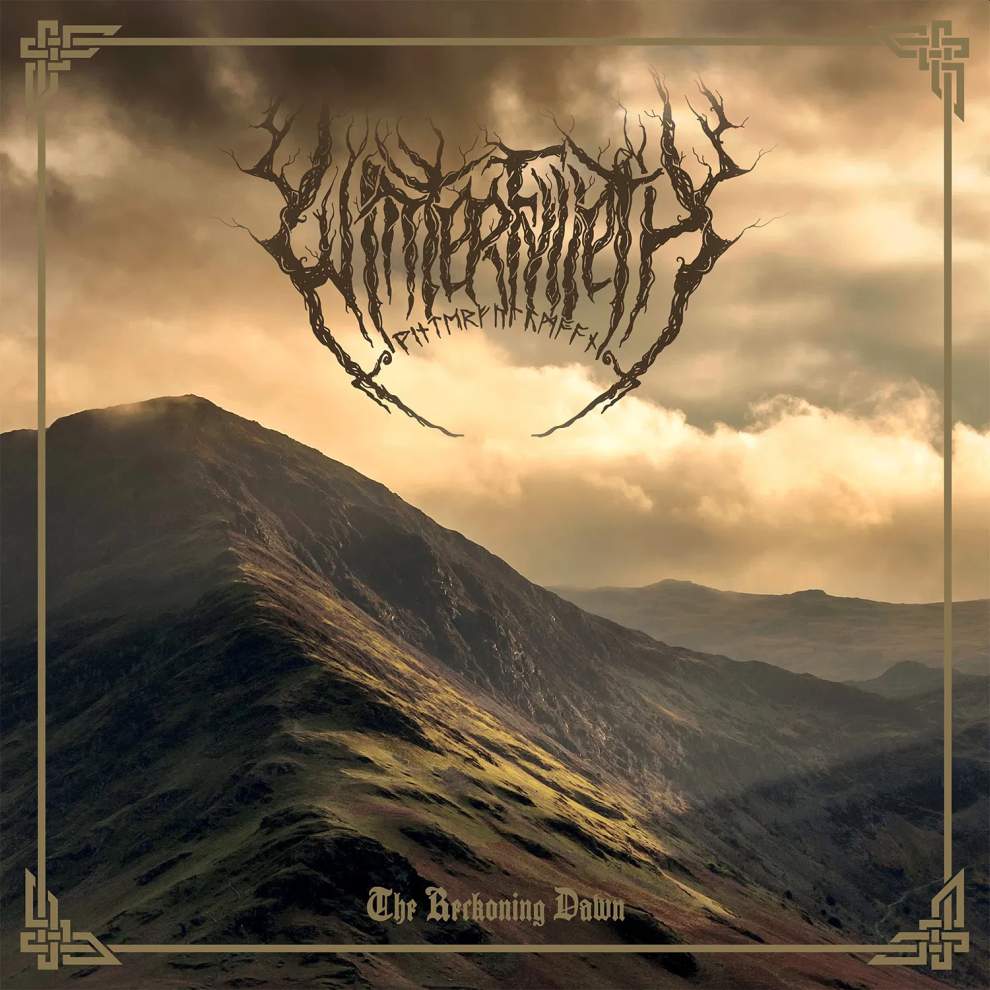 The wayfarers return with smooth and savage glory

‘There lieth a land by savagery scarred/Drenched in blood that is bitter, yet proud.’ Such words appear on track seven of this offering, ‘Yielding the March Law’, and they perfectly encapsulate the themes and atmosphere of The Reckoning Dawn and, indeed, the band’s broader output. Winterfylleth are interested in the notion of Englishness and re-connecting with our landscape and heritage, which has, in the past, invited accusations of nationalism. I’d be going over the old ground if I waded into that debate, but I do feel that the genres of folk and Black Metal stand alone in their ability to celebrate our communion with the forests and fells, as well as the ghosts of the past – be they bloody, bold or brilliant. Indeed, British Black Metal is at its best when it captures a sense of place, as demonstrated by the plethora of Cumbrian bands honouring the landscapes that make the North of England so unique. With their sombre, folky overtones, Winterfylleth sometimes skate a fine line between the epic and the corny. But fans of folk and Black Metal, not least atmospheric Black Metal, should be well used to checking their irony at the door. In fact, what makes Winterfylleth so compelling is their assertive passion for who they are and what they do.

Winterfylleth, or ‘Winter Full Moon’ in the modern tongue, are bona fide giants of British Black Metal and The Reckoning Dawn is the seventh full-length in a stream of top-notch releases. It follows 2018’s The Hallowing of Heirdom which was essentially a folk album and Winterfylleth have the ability to switch seamlessly from more-than convincing folk to amazing Black Metal with ease. For more evidence of their folk credentials, I recommend the split they did with Drudkh and Primordial. Nevertheless, The Reckoning Dawn sees a return to pure Black Metal and it doesn’t disappoint. The cover art accurately captures the mood: an aerial view of Fleetwith Pike in the Lake District drenched in autumnal sepia with hints of darkness. Indeed, the core sound of this record is jubilant and triumphant, with gloom creeping round the edges. It was recorded at the legendary fuel studies and Chris Fielding has done a magnificent job with the mix: a great drum sound, surprisingly low in the mix, allowing gorgeously layered guitars to shine through; a bass that you can actually hear and symphonic elements that never dominate. Just so. 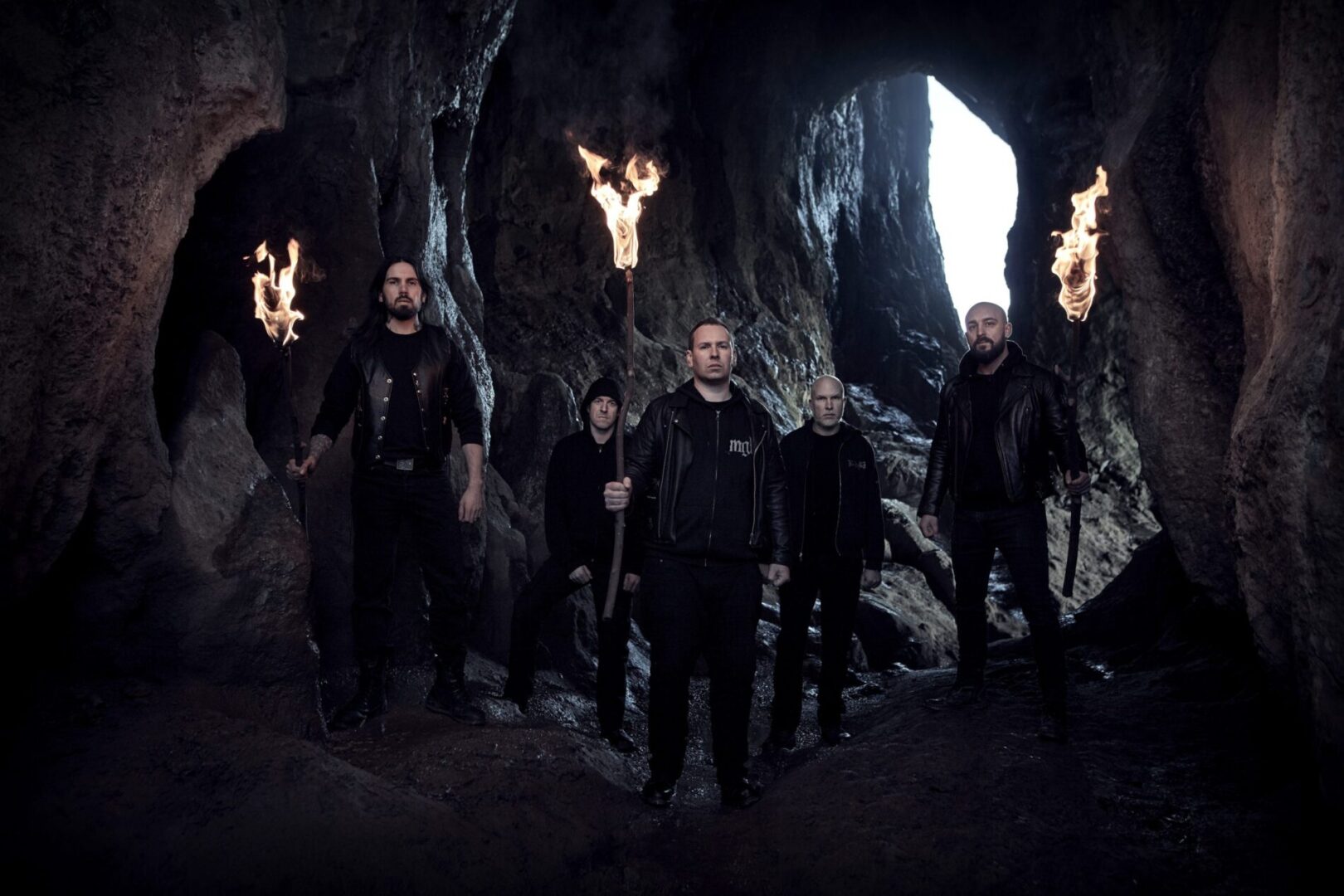 It kicks off with ‘Misdeeds of Faith’ that delivers a gigantic riff and, whilst far from being the most complex or masterful track on the album, it is arguably the most accessible and you can see why it’s a single. It has all the epic ferocity of Emperor and sticks a firm black flag in the soil after their folky detour. All the Winterfylleth trademarks are there, as guitars create a barrage of atmosphere and Chris Naughton’s impassioned screams engage in mad dialogue with monastic harmonies. It ends with a crushing finale of fury and precision. Cracking start.

‘A Hostile Fate’ is also listed as ‘The Wayfarer Pt 4’ and is the fourth part of a saga that began with ‘Gateway to the Dark Peak/ The Solitary One Awaits Grace’ back in 2010. It begins with a thundering drive as tremolos creep like vines and ferocious double kicks blaze over glades of hazy guitars, giving way to lazy blackgaze passages of haunting introspection. The end of the Wayfarer’s journey? I guess we’ll have to wait and see, but they’ll struggle to find a more fitting conclusion – may his ‘absolution’ finally come.

With track three, ‘Absolved in Fire’, we’re back in folksville, but not for long. A lovely violin interlude somehow builds to blasting fury before the vocals scream in. Again, it flickers between light and dark and has a fist-clenching, Post-Black intensity that juxtaposes with ascendancy of regal leads. There’s even a hint of a groove, before it ends with a melodic flourish of pure atmosphere. Arguably the most ‘Winterfylleth’ track of them all.

The title track simmers with epic glory and is a real high point, even on the back of what comes before. Once again, it is golden and triumphant, with a sense of fading grandeur. Thundering blasts, an epic solo and some awesome bass work on the outro. Stunning.

‘A Greatness Undone’ is a complex and elusive beast. Tremolos squirm throughout, keeping the whole thing on edge until it all breaks down, simmering in slow motion for a remarkably intense interlude. It has a medieval gothic feel, enhanced by the merest hint of symphonic. Somehow, it reprises and smashes out with glorious indignation.

‘Betwixt Two Crowns’ is an instrumental that splits the album into two somewhat uneven halves. It offers lilting Spanish guitars but still maintains a decidedly medieval English atmosphere. If this is sun-kissed and gentle, then it sets the scene for the sheer brutality of ‘Yielding the March Law,’ which teases for just a second before it decimates. Some ultra-melodic guitars allow it to remain in-keeping with the overall tone of the record, but it still stands out as being particularly malevolent. Final track ‘In Darkness Begotten’ continues in a similar vein, seething and writhing and blasting with hateful fury. It is an epic, mysterious journey that ends with a creepy funeral march, ultimately dissolving into an acoustic-orchestral lament. Sublime.

Having recently reviewed Fen’s – The Dead Light (2019), it’s difficult not to make comparisons. Both bands embrace notions of landscape and heritage and are, arguably, the most prestigious Black Metal bands in the UK today, exuding lyrical intelligence, accomplished musicianship and atmospheric nuance. What’s more, The Dead Light and The Reckoning Dawn represent bands at the pinnacle of their careers, not necessarily doing anything radically different, but truly mastering their craft. I gave Fen a ten, so why do the Manchester lads lose half a point? It’s a personal thing really. At times Winterfylleth are just a little too polished, a little too clean and in places the album lacks something jagged. That said, it’s never plodding or predictable and, like The Dead Light, this is a complex, intelligent record that demands your full attention and rewards it with beauty and fire.