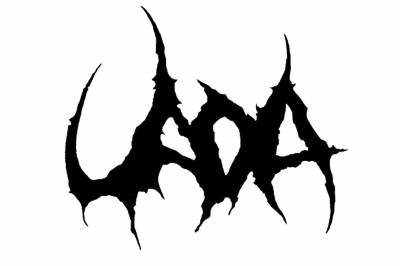 Since its formation in 2014, Uada’s rise has been meteoric. Hailing from the Pacific Northwest, the band quietly released their debut album, Devoid of Light in 2016 through and word of mouth quickly built from there: here was BLACK METAL writ large, classic and uncompromising but brimming with power, soul, and artistry, and all without bluster and bathos. Uada’s debut album surely expanded the lexicon of the melodic black metal idiom, and the underground took notice.Two years later came Cult of a Dying Sun, whereby the band further perfected their craft and compellingly took to the stage, their performances garnering as much acclaim as their recordings. During all this, more than the underground started to take notice; the name Uada was on the tongues of folks usually reticent to black metal.In 2020, almost effortlessly, Uada fully perfect its craft and delivered Djinn. Simply titled but by no means simple in construction nor execution, Djinn builds upon the increasingly ambitious songwriting of its no-less-considerable predecessor but pushes their dazzling artistry into nearly Technicolor landscapes of the Beyond.

Back in 2020, This Is Black Metal Webzine had the honor of interviewing Portland, Oregon, USA Black Metal outfit UADA’s own Jake Superchi. During the interview, Jake invites us into their cold darkness where unforgiving landscapes, weather patterns and experiences with the supernatural shape their sound. Jake also provides some profound insight into UADA’s latest record, “Djinn”.

This Is Black Metal: Black metal traditionally reflects the history, culture and natural landscape of the area in which it was crafted. How has being from the Pacific Northwest-inspired UADA’s music?

Jake: The landscapes and weather patterns have always been a great influence on our work. There are many moods that come from the sporadic changes in weather. Due to my sleeping schedule, at this time of year, it is rare that I will see the sun and so the dark is almost always present. The rain can be very heavy and the dampness seeps into the bones. The aches from this also can play relevant roles in crafting the sound that makes UADA what it is.

TIBM: Many artists within the realm of Black Metal are deeply involved in the occult whether by practice or study. Would you say that UADA’s music is also reflective of your spiritual connection to the occult?

Jake: Absolutely. Things that we consider Occult-themed are things that I have had experiences with for my entire life. They too are a great influence in all things. The study aspect is something I am always wishing I could find more time for, but there is always a lot of work on my plate. There is a lot of knowledge hidden within this realm of existence and I think it is an area a lot of people have closed themselves off from. For me, any knowledge about any subject can be a beneficial and with the experiences I’ve had, I think it is better to try to understand and know that there are things far beyond our grasp of perceived reality than to ignore it.

TIBM: I’m sure you’ve been asked this numerous times, but why the hooded image?

Jake: When this band started I wanted to approach it in the most honest way I could. I did not want to put on a costume or a gimmick when going out on stage. So, the original idea was to just wear our street clothes, with our hoods up to somewhat block our identity. Since it rains a lot here and is damp most of the year a lot of people wear hoodies, especially in the Metal scene. I practically live in one and wearing one as I answer this question. Wearing a hood and leather for warmth is just a normal way of life here but we found some complications from this very early on during our first few tours. We are definitely a band that sweats a lot on stage, due to the force of energy we are releasing from our bodies during a performance. When we were wearing our street clothes we would have to live in these things on the road. We didn’t have many changes of clothes, only one jacket, maybe one or two hoods and couldn’t afford to stop and do laundry every day. It was an eye-opener that we had to find some other solutions that would be more comfortable for us as well as a bit more practical.

The main idea behind the hood though and concealing our physical identity as much as possible was a stance against the image in music, and even in Black Metal. Our beloved genre seemed like it was becoming a mockery in itself in some ways and that the imagery that once held a lot of meaning was being watered down and recycled over and over. We wanted to do something different and with our live shows, we present ourselves with a white backlit scenario in a wall of fog. This allows us to take on a shadow or silhouette form. What is darker than a pure form of blackness?

TIBM: Can you explain the concept behind your latest album, “Djinn”?

Jake: The concept for “Djinn” is possession. Lyrically I chose to focus on what possesses us physically, metaphysically, emotionally, mentally, societally and so on. It’s a very prevalent concept for this band as it was something we were seeing all around us. Like many bands, we saw a small power struggle in the beginning as well as a handful of new members who would become possessive of the band as a whole. We watched a lot of labels try to acquire us in some strange ways as well as “cancel culture” take their shot at our time and time again. So, it was really time for us to take possession and face the demons before us.

On another note, as mentioned, I’ve had a lot of strange experiences with phenomena that I cannot explain. Some have even granted wishes, which I have found particularly fascinating. So, it got me thinking in terms of djinn instead of demons, although I assume them to be one and the same with different names.

UADA – In the Absence of Matter (Official Music Video)

TIBM: Is there a particular song on the album that means more to you than the others?

Jake: There are always songs that I will personally like more, I try to put equal importance into each song. They all play a part in the bigger picture, so it is hard to choose. Sometimes it depends on my mood as well, certain songs really hit home at different times. Each song also has its own message.

TIBM: What does the future look like for UADA, and do you have a message for your followers?

Jake: We are working on new music now and hoping to start recording a new album next year. Not being able to tour or rehearse does not stop us from creating. To our fans: We hope you’ve found safe passage during these times and we hope to see you in the flesh soon. Until then, stay haunted!

TIBM: Thank you for your time Jake!

Interview: Vrag
Jeger May 31, 2022
This Is Black Metal ©All rights reserved.