Swedish Black Metalheads Grimtone, had a second interrogation from This Is Black Metal Webzine about their latest “Morte in Vitam”, the differences from their debut “Memento Mori” and their latest news.

This Is Black Metal: It’s really nice talking to you again, last time we spoke you were releasing your debut and now you came back with “Morte In Vitam” which was released on june 4th, what inspired you for this album?

Michael Lang: Nice talking to you as well. Thank you for your interest in Grimtone. This time I wanted to create a more diverse album. Memento Mori was more or less about speed and speed only, this time I wanted to incorporate a bit more from the first wave of Black Metal. And as always, nature is my biggest inspiration. Being out in the woods is pure inspiration for me.

TIBM: Can you elaborate on the topics approached on it?

Michael Lang: The lyrics are in swedish this time, we both felt that suited the music and the lyrical themes a lot better. All of the lyrics are about death, despair, hatred, frustration. A very claustrophobic feeling is present throughout the album.

TIBM: Did the recording process go smoothly or did it have some stagnation?

Michael Lang: This was a very smooth album to make. We had more material than we needed. I had just written and recorded the Unholy Tenebris album and I guess I was on a roll. 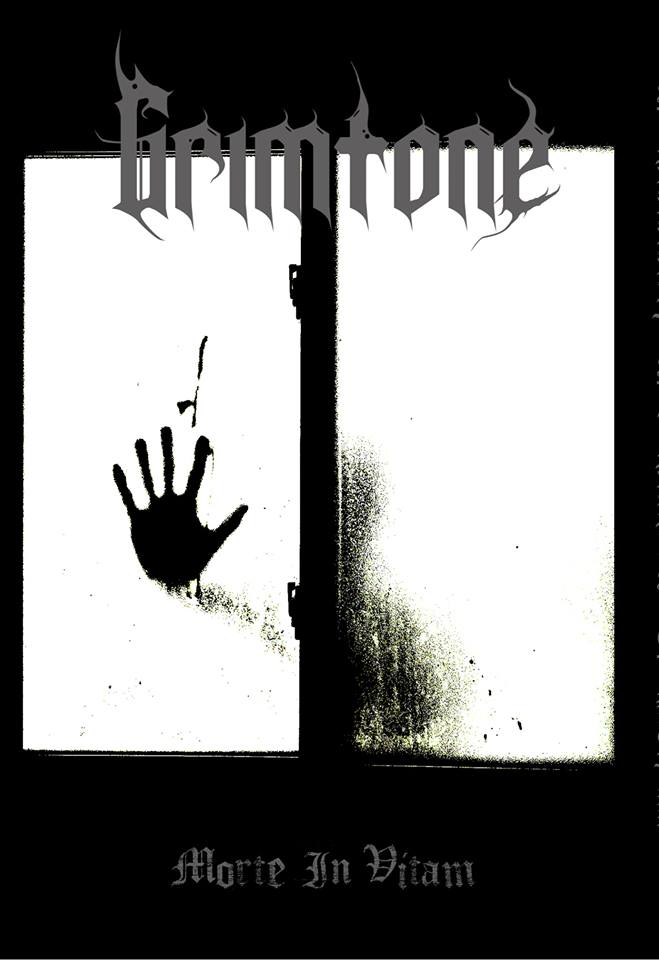 TIBM: What’s the part you enjoy the most when working on an album, the writing process or recording?

Michael Lang: Well, recording is the most fun. A lot of the writing actually takes place while recording. I record everything in my own small home studio, so I have the luxury of being able to try out everything I feel like. There’s no time pressure.

TIBM: I can hear some differences comparing with your debut, we can clearly hear the classic second wave 90’s influences but Morte In Vitam is faster, more in your face and the cold, grim feeling is still there but we can see an evolution on production and the sound of the band, would you agree?

TIBM: And of course the change on vocals is notorious…Linus Carlstedt, who did vocals on Memento mori left the band and Liam Micuda is in charge of vocals on the new album. Why this change and how did this opportunity to work with Liam come up?

Michael Lang: Linus simply didn’t have the time to record the vocals. We are still friends and may collaborate in the future. He’s a very talented musician and I will always be grateful for his work on the first album.

I found Liam when I saw an add on a facebook page where he was searching for someone to help him with guitars and bass for his project Arsonists of Lucifer. We got along musically right away and I wrote and recorded guitars and bass for an Ep we released with Arsonists of Lucifer. I then asked him if he wanted to join Grimtone and he accepted the challenge. Liam is an insanely talented guy, I’m very happy to have him in Grimtone.

TIBM: Who was in charge of the artwork for this album?

Grimtone: The Bandcamp and tape version of the album has a photo I found on the internet (free for commercial use of course) and it was just perfect. The claustrophobic feeling on the album is captured perfectly in that picture. Realm and ritual are releasing a limited tape in july, be quick to grab a copy, it’s very limited.

We are negotiating with Downfall records at the moment about a cd/digital release later this year. That release will have a different artwork especially made for this album by Mythology art. (who also made the Unholy Tenebris artwork btw) 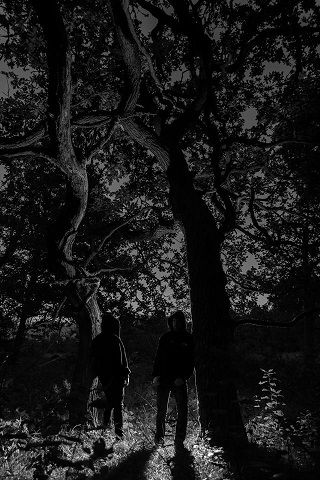 TIBM: Can we expect some merch in a near time?

Michael Lang: I hope so. There may be t-shirts coming soon.

TIBM: Can you tell us more about you as musicians, how did you decide you wanted to be a musician and your musical background…

Michael Lang: I’ve been a music freak since I was a little kid. It’s always been music and pretty much nothing else in my life. I’ve never been into sports or anything else but music. I don’t think I ever decided to be a musician, it’s just something I do and I can’t stop doing it. I started playing guitar when I was nine, joined my first band when I was 13 and I’ve pretty much played in one way or another since then.

TIBM: What was the first Black Metal show you attended to and what are your memories for that night?

Michael Lang: It must have been Dimmu Borgir in 1997. I don’t remember very much I’m afraid. The best Black Metal show I’ve ever seen though is easily Emperor on their comeback in 2014.

TIBM: You’re involved in some side projects, is there any recent news regarding them?

Michael Lang: Unholy Tenebris just released its debut album Blodörn on tape and cd. The tape is out through Kult of Belial and the cd through Narcoleptica.

Me and Liam have been talking about doing something with Arsonists of Lucifer later this year. But no real plans have been made yet.

Other than that I continue to write and record new material and we’ll see if it ends up on the next Grimtone album or the next Unholy Tenebris album. Or something completely new. Grimtone will make a third album, but I have many other ideas I want to fulfill.

TIBM: To conclude our interview, would you like to add some words?

Michael Lang: Listen to our new album, it’s on Bandcamp. Buy the tape, it’s very limited, so don’t sleep on it. Watch out for the cd later this year.

Thank you for your interest in Grimtone.