Swedish Black Metalheads Grimtone, whose debut album Memento Mori, with its dark, classic Black Metal sound, was acclaimed by fans and media in general, talked with us to unveil some of the secrets of the band.

This Is Black Metal: It’s really a pleasure interviewing you, can you make a small presentation of Grimtone for those who haven’t listened to your music yet?

Michael: Thank you for your interest in Grimtone, very appreciated. Grimtone is a duo. I write and record all the music, Linus writes and records all the vocals. We play classic second wave Black Metal. Harsh, grim, cold pure black metal.

Michael: A valid question indeed. LOL. A few eye brows have been raised about our name. The name was originally inspired by an old WWII radio station a few miles from where I live by the name of Grimeton. Black Metal is supposed to sound grim in my opinion, so I changed it to Grimtone instead.

TIBM: Your debut album Memento Mori is pure classic second wave Black Metal… a really good album i must say, did it meet your expectations?

Michael: Thank you very much! The album turned out extremely well, we are very pleased with it. It’s a good starting point for us.  We set out to make an album full of furious Black Metal, and that’s what we did. 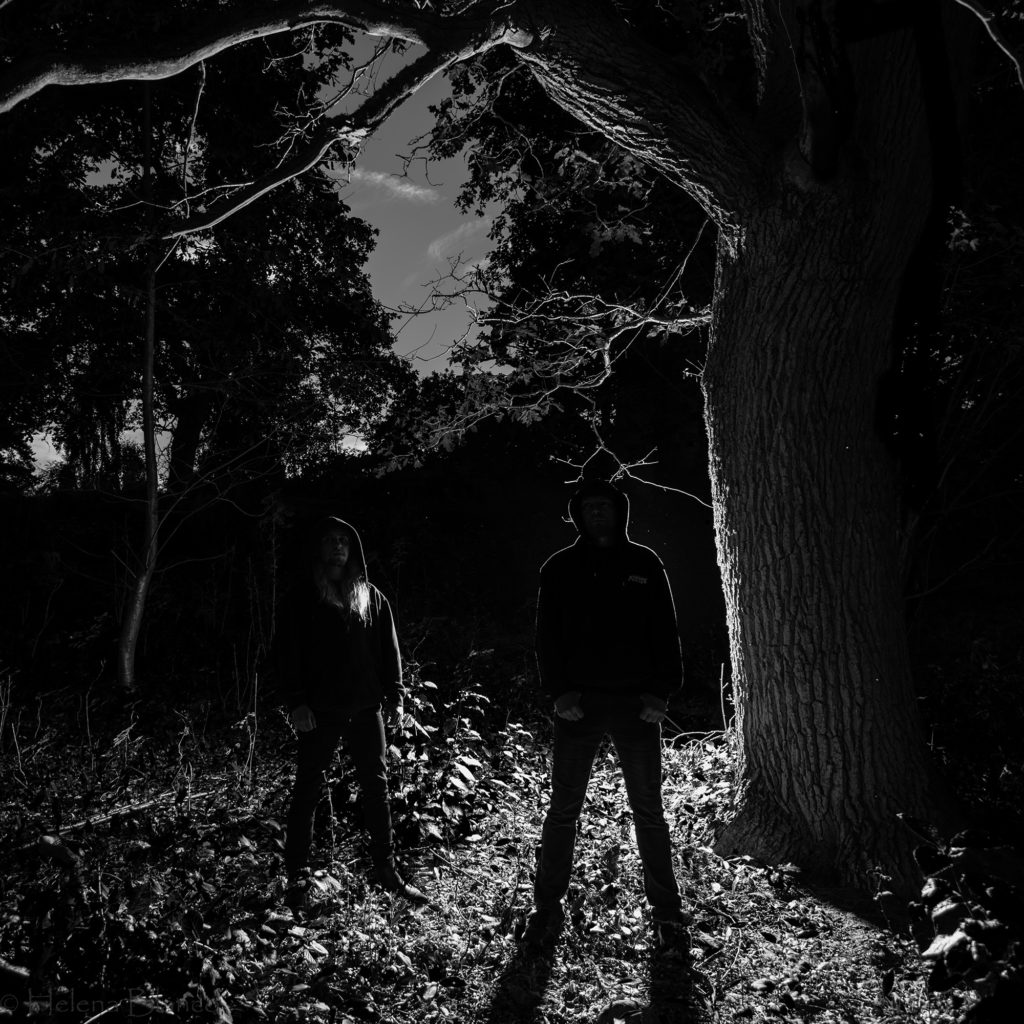 TIBM: How was it received by the fans so far?

Michael: It has been very well received by Black Metal fans. People who like and understand Black Metal appreciate it. The Black Metal scene is enormous and there are great albums released almost every week, so it’s very difficult to get people’s attention. We’ve gotten well over 20 great reviews so far.

TIBM: What inspires and influences you when you compose?

Michael: Nature, the forest, the ocean. I listen to classical music a lot, and get inspired by the pictures the music creates in my head. Influences would have to be the classic Norwegian scene from the early 90’s. There are tons of great new bands all over the world, and I try to keep up, but nothing will ever beat Darkthrone and Mayhem. The past year I’ve listened a lot to the first wave of Black Metal; Celtic frost, Venom etc. The new songs I’m writing now may show traces of that first scene.

TIBM: What gear do you use?

Michael: For “Memento Mori” I used an ESP Explorer, a cheap beat up Schecter, a Fender strat and a custom built P-bass called Schatz. I will most likely use the same gear for the second album.

TIBM: Can your fans expect to see you live one day? If so, if you could choose anyone to join you on stage who would it be?

Michael: I can say with 99% certainty that we will never perform live. I live in Sweden and Linus lives in Los Angeles, so it’s quite impossible. 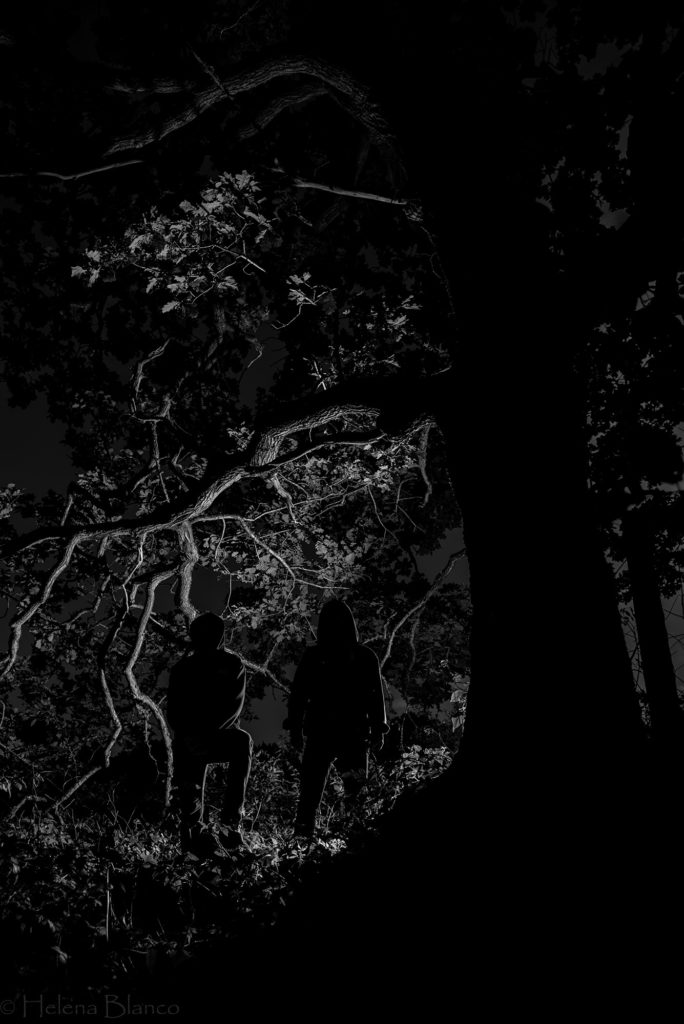 TIBM: What place would you recommend your fans to visit in Halmstad? Is there any good place to have a beer and listen to some good music?

Michael: To be honest I wouldn’t know. I don’t socialize that much. We have a couple of clubs where you can check out bands, but I don’t know of any place dedicated to metal.

Michael: I’ve just begun writing our second album. I have the basic structures down for about 5 songs so far. A couple of changes musically will be present, but I won’t stray from the classic Black Metal form.

I hope to have all the music written and recorded before the summer. Linus will then add vocals and we will have an album done by the autumn. I hope at least.

I’ve been busy the past months writing an album for my side project Unholy Tenebris. Yogga Beges from the Indonesian death metal band Kill Athena is adding vocals as of right now. An EP is planned for release in April. The full album will be released later this year. The music is pure Black Metal.

TIBM: Finally, please leave a message to This Is Black Metal Readers…

Michael: Thank you very much for your interest in Grimtone and our music. We hope you enjoy our album “Memento Mori”. Play it LOUD and spread the word! 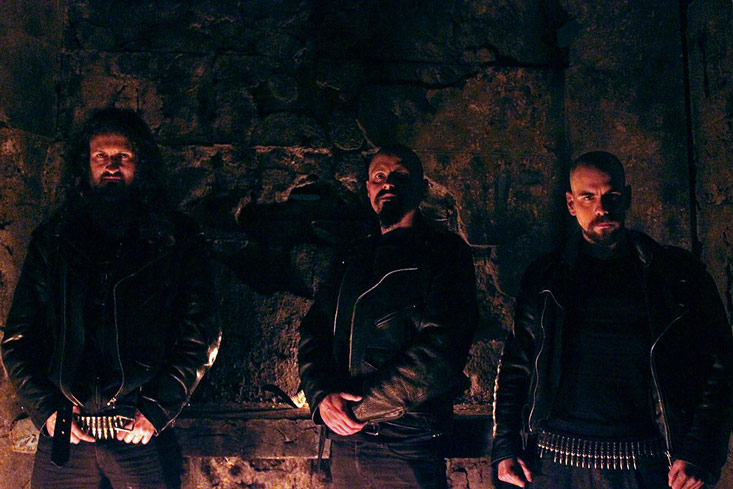