Nordjevel was started in the unholy year of 2015 by Doedsadmiral. He had a talk with Widigs (Marduk) and then Nord about this project and decided to start making music together.
Bass player DzeptiCunt (ex-Ragnarok) joined forces late 2015 and has become an important asset to our line-up.
After a quick break in the autumn of 2017, Widigs left the band to focus on Marduk. Valla (Vredehammer, ex-Abbath) joined on guitar and became a permanent member.
During the recording process of the bands second album, Nordjevel parted ways with Nord.
Destructhor (ex-Morbid Angel, Myrkskog) joined as a permanent member together with Dominator (ex-Dark Funeral) during fall 2018. This Is Black Metal talks with DzeptiCunt about their new masterpiece “Necrogenesis” (one of the best album of 2019), about evolution of Black Metal music and their future tour that they will do. Enjoy!

This Is Black Metal: Thank you for this interview DzeptiCunt, it’s my pleasure talking to you. You released a new album, tell me your feelings about your new “baby”.

DzeptiCunt: We are quite happy about how the album turned out, it was a struggle to make this album as we had some problems during the recording process. But when we sorted out all issues we knew exactly what we wanted and where to go.

TIBM: Please tell us about musical direction and lyrical themes of the new album.

DzeptiCunt: The first album had it`s own vibe and people really liked it, but we decided early that we didn`t want to repeat ourselves and decided to move in a different direction. The second album had to be darker and more sinister, and with the addition of Dominator and Destructhor to the line-up we got exactly what we needed to fulfill our visions. Doedsadmiral had the lyrics ready before we wrote the music so the concept fell into place on it`s own. “Necrogenesis” is mainly about war and death, or rather the birth of death. 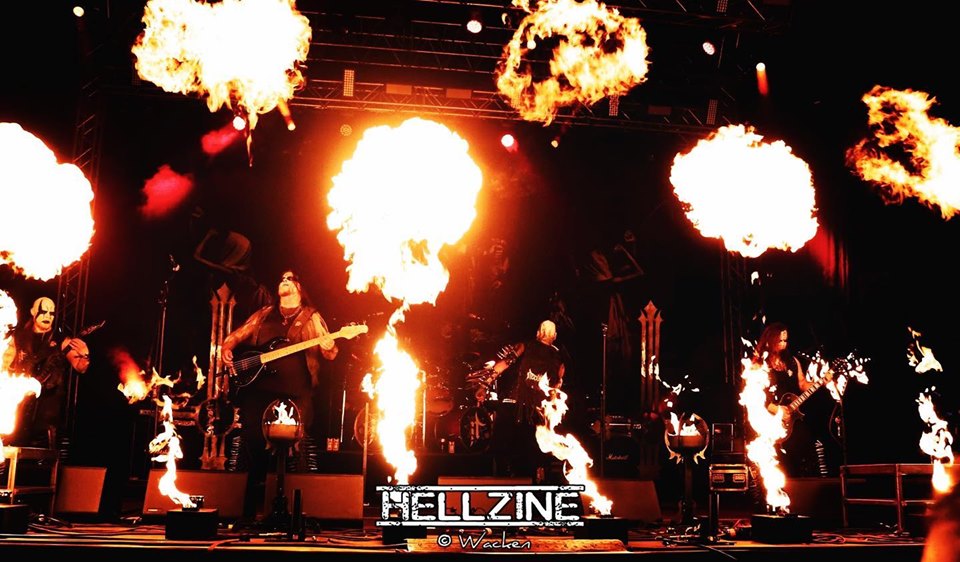 TIBM: I think “Necrogenesis” is in the same path with your first self-titled album, but much more mature. What are your expectations for the album and how your fans will welcome it?

DzeptiCunt: Like earlier mentioned we wanted to do something else than the first album, but we managed to make it sound like Nordjevel even though the music was written by several people this time. We have found our way and we are excited about starting to write music for the third album.

Since the album has been out for a while now, we already know what the fans and critics think about it. And to be honest, we expected the feedback we have received. We already knew that this album would be something else, it would be something people haven`t heard before at the same time as it is traditional black metal. We have received incredible reviews and the feedback from fans has been immense.

TIBM: I can hardly choose my favorite song from “Necrogenesis”. I think it will be one of the best albums for 2019. What are your favorite songs from your new album?

DzeptiCunt: Tough choice! I have to admit I don`t know what to answer, the songs I like best to play live is Amen Whores, Apokalupsis Eschation and The Idea of One-Ness. They have the energy I like and we are playing the songs super tight! I expect my feelings around the best songs might change over time, and all the members of the bands have different favorite songs.

TIBM: During the years you`ve had some line-up changes, new drummer and new guitarist. Do you think this helped the band or not?

DzeptiCunt: Making a band the best it can be is hard work, people have different expectations about ambitions and musically path. It has been a natural progression all the way and we finalized our line-up with the addition of Valla, Destructhor and Dominator. All members participate when we`re writing music and with this line-up we can move in the direction we want.

TIBM: How is your relation with Patric of WSL Studio? Are you satisfied with his work?

DzeptiCunt: Both albums (and the EP) was mixed and mastered at WSL Studio since we are happy about the sound Patric gives us. He has managed to bring out the elements we think is important, specially since we are playing at speeds where details easily can drown in the wall of sound. 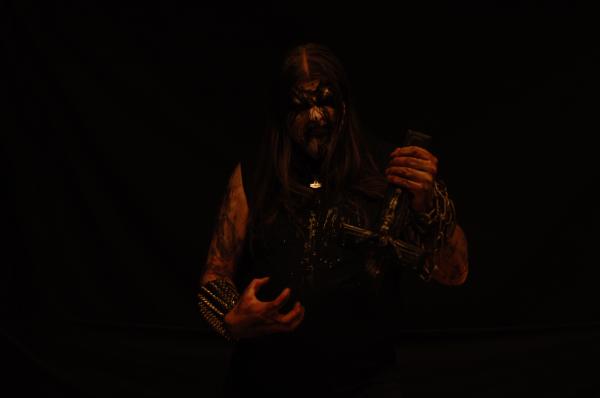 TIBM: What is your opinion about Lords of Chaos Movie?

DzeptiCunt: Personally I haven`t seen it and probably never will. I don`t care for the subject and as far as I have heard it`s 90% fiction, only made to satisfy the masses.

DzeptiCunt: I always thought that progression was a good thing, if the same music were made today as it was 25 years ago it would become boring. The first generations of bands made their own paths with their specific sounds, but after all this time and all those albums it is getting harder and harder to do something new. However, this puts the new bands to the test, if you don`t have what it takes you will be nothing but a broken record, repeating what has already been done.

I think and hope that progression won`t stop, I have high hopes for new bands showing up with new ideas. You only have to bring the right element to the music in order to do your own thing, instead of repeating what has been done a hundred times before.

TIBM: You have the chance to organize a world tour gig with bands that you would like to play with. Which bands would you choose?

DzeptiCunt: It obviously would have to be bands within the extreme metal genre, anything else wouldn`t make sense. If I wanted a good package and think about the amount of people in the crowd, I would choose Behemoth, Nile and Nordjevel. 3 bands would be enough!

TIBM: Are you active to other projects this period? Do you find the time to work with them also?

DzeptiCunt: I only have one band on the side but we are not very active. Nordjevel is my main priority so whenever we have time I can do something with my other band. I used to have as many as seven bands and projects at the same time, but obviously I couldn`t keep up with all of them.

TIBM: Your latest European tour was called “Europe under Black Death Metal fire” and began 4/4/2019, with great bands such as Belphegor and Suffocation. It is also confirmed that you will perform at Wacken Open Air 2019! Any other confirmed gigs?

DzeptiCunt: Yes we did a tour with Suffocation and Belphegor, it was a great tour where we made a lot of new fans and we got to promote our new album Necrogenesis. Early June we are doing another European tour with Possessed to cover even more ground and meet a different crowd. Wacken Open Air is our biggest gig this year but we will also do a gig at Brutal Assault in The Czech Republic. Some other festivals are also coming up later this year but they are not announced yet, pay attention and see!

TIBM: What are the future plans of Nordjevel? How do you see Nordjevel in 10 years from now?

DzeptiCunt: We plan on making more music after the summer and record a new album next year, and have it released autumn 2020. We are on a roll and will use the momentum we have to keep on going, we have picked up the paste and nothing will stop us now!

In 10 years we will be doing headliner tours and festivals, that is our goal and ambition. Maybe we have released another 3 or 4 albums, we will see!

TIBM: We reach the end of this interview. Any last words?

DzeptiCunt: We would like to reach out to our brothers in Suffocation, Belphegor, God Dethroned, Darkrise and all the fans that came out to support us during the tour! The Possessed tour is coming up and we hope to see old and new fans out there.

We have something special in the making planned for Wacken and Brutal Assault, pay attention and get ready for the devils from the north!

TIBM: Thank you for your time!