Gaerea have turned the genre of Black Metal on its head. While most rehash the classic sound, this Portuguese band take it forward and seamlessly integrate influences from other genres like hardcore and sludge. Sonically defiant and cohesive, Gaerea smash preconceived notions and deliver music they can call their own. Gaerea have made one of the best Black Metal debut albums in 2018. This Is Black Metal Webzine asked them about the story behind this project, their ideology, about their incredible debut album “Unsettling Whispers” and their future plans.

This Is Black Metal: Nice to have you guys for this interview, what’s the story behind the band and the band’s name?

Gaerea: Gaerea emerges mid 2016 with the utmost purpose of letting an inner feeling of rage to be spread amongst others. A feeling so precious we couldn’t quanticise it or even name it. Gaerea stands for that same feeling. Something which can only be transcribed by a name we created ourselves and can only mean that. We released our Self Titled EP as some sort of manifesto via Everlasting Spew Records. In June 2018, Unsettling Whispers, our full length effort gets released by Transcending Obscurity Records.

TIBM: What is the concept and ideology behind your music? What is it that you want to transmit to the listeners?

Gaerea: it’s an ever building concept actually. With our most recent creation, we open doors for the introduction of a lost society we had mentioned in our previous release. It’s the final chapter, the end of a full circle, an era. This time we dive deeper into it, creating a new world, a new dimension molded from the today’s ideals of perfection. 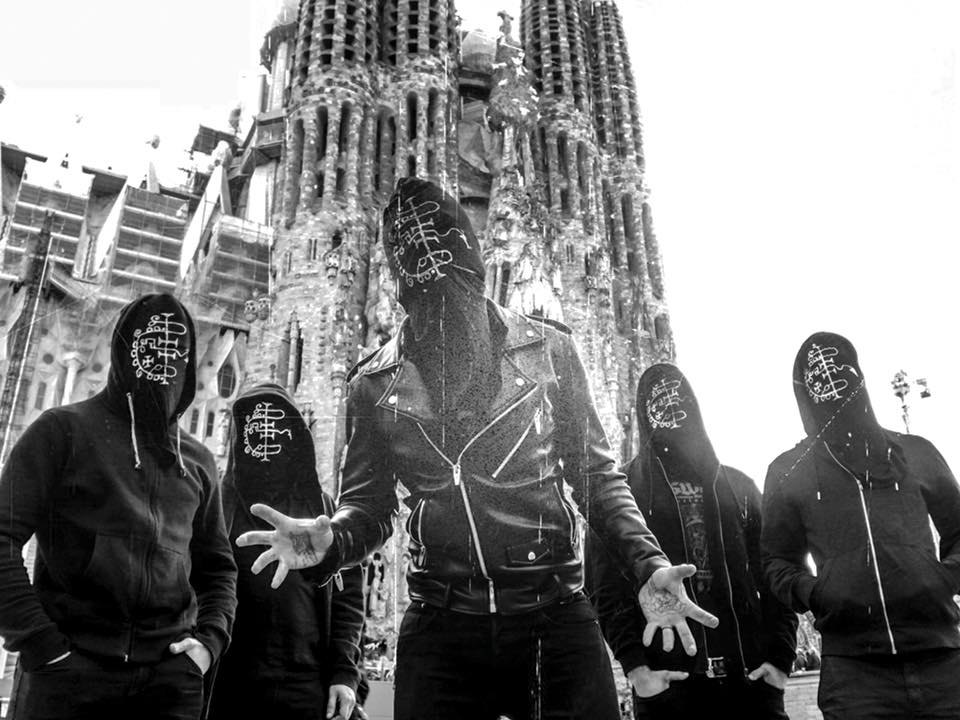 TIBM: What is The Void Society and how did you come up with that concept?

Gaerea: Whilst among the crowd, the listener is nothing but a wanderer, someone who watches, feels, and touches the strict and abstract streets but is never to be seen by others. As the Voyeur steps into the everyday routine of these characters, he discovers a shy and inanimate will to die from others. On “Absent,” for instance, you’ll find yourself walking among thousands of people on a big avenue. At the end of the street, there is a big organized line of people who enter a huge building. Curiosity is a burden so we get in. Everyone is now going up on a big stairway towards the skies. The walking line finally sees the light of day again when they reach the very top of the building. As they proceed, all the individuals step into the abyss without ever blinking. They fall voluntarily off the structure, one by one. And as they hit the ground, they get up quickly after that and walk to the end of the line again.

TIBM: You present yourselves on stage with masks, who created them and what’s the meaning behind them?

Gaerea: The basis of our art is to put out characters which have no name, face equal feelings from the audience. For me personally I see it as a normal visual reaction towards what we see today inside our system. We’re nothing but lost and everyone dreams of becoming a celebrity, a dictator to others, a model for others to follow. And that is all part of the sickening way we tend to live. We just have the guts to tell the truth about it.

TIBM: Your new album “Unsettling Whispers” shows an evolution on the band’s sound comparing to your EP “Gaerea” , would you agree?

Gaerea: As I previously said, it definitely goes deeper inside the void concept so yes, its a major evolution. The band grew and so do our perception of life and what surrounds us. I would not go too far when comparing the music because for me it’s a completely different approach. The feeling and expression was also something very different and mature so that’s why some people may hear a more “grown-up” band in Unsettling Whispers .

TIBM: How long was the process of composing and recording this album?

Gaerea: All the writing process took just half year to conclude and mid June we were recording the album at Demigod Recordings in Portugal with Miguel Tereso. The recording process took us only 2 weeks from start and finish. We had a very clear perception of how it was supposed to sound and mostly feel. We had the pleasure to work with one of the best producers around which absolutely made us push the band’s level forward on a whole new level.

TIBM: How did the opportunity to work with Transcending Obscurity Records appeared?

Gaerea: After finishing all the work behind the album we started sending it around to best people we knew. The offers started to flow, some were good and others not so much. Transcending Obscurity was the one which stood out with a good offer, a sick promotional work and most of all understanding the band, its concept and motivations for this release. Its been crazy so far. All items are nearly sold out and there’s a lot to come still this year. 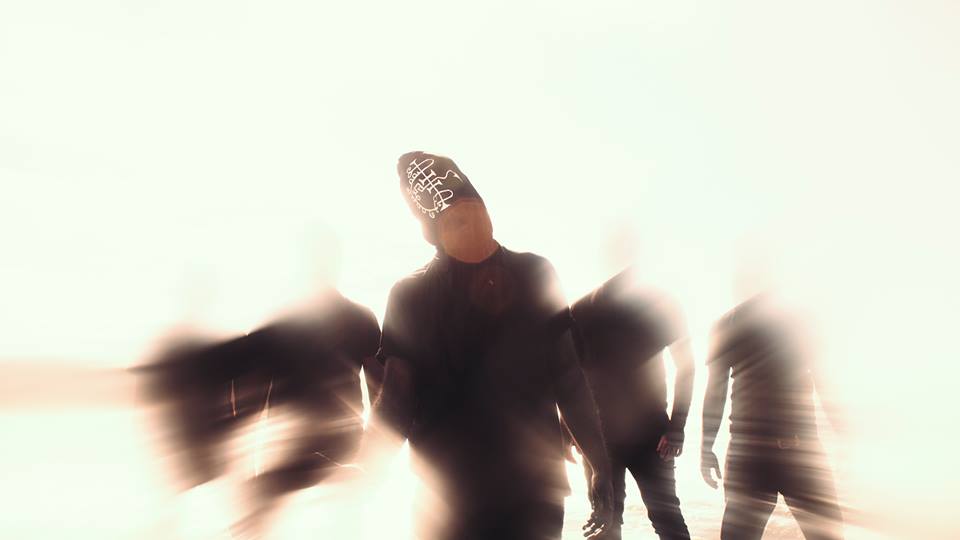 TIBM: You’ve been having a lot of projection outside Portugal, how does it feels to have such recognition in countries like Germany and Spain?

Gaerea: We don’t think too much about it. There’s a lot on our plate right now and we have to deliver extremely well thought art. Of course the void is pleased to conquer new followers everyday. The album has been getting a lot of attention from all parts of the globe, which truly deserves a big thank you to every new member of the void society.

TIBM: What do you think of the Black Metal scene in Portugal and what can be done by the bands to have more recognition outside the country?

Gaerea: Well thought art. Good planning and the will to sacrifice everything to achieve whats on that plan.

TIBM: You’ll be opening for Batushka this month, what can your fans expect for the shows in Porto and Lisbon?

Gaerea: There’s definitely a lot of surprises regarding our show. It’ll be a unique opportunity to catch Batushka live and i’m glad we’re on the bill by higher demands. Everyone can expect our most intense shows to date. And I mean it. 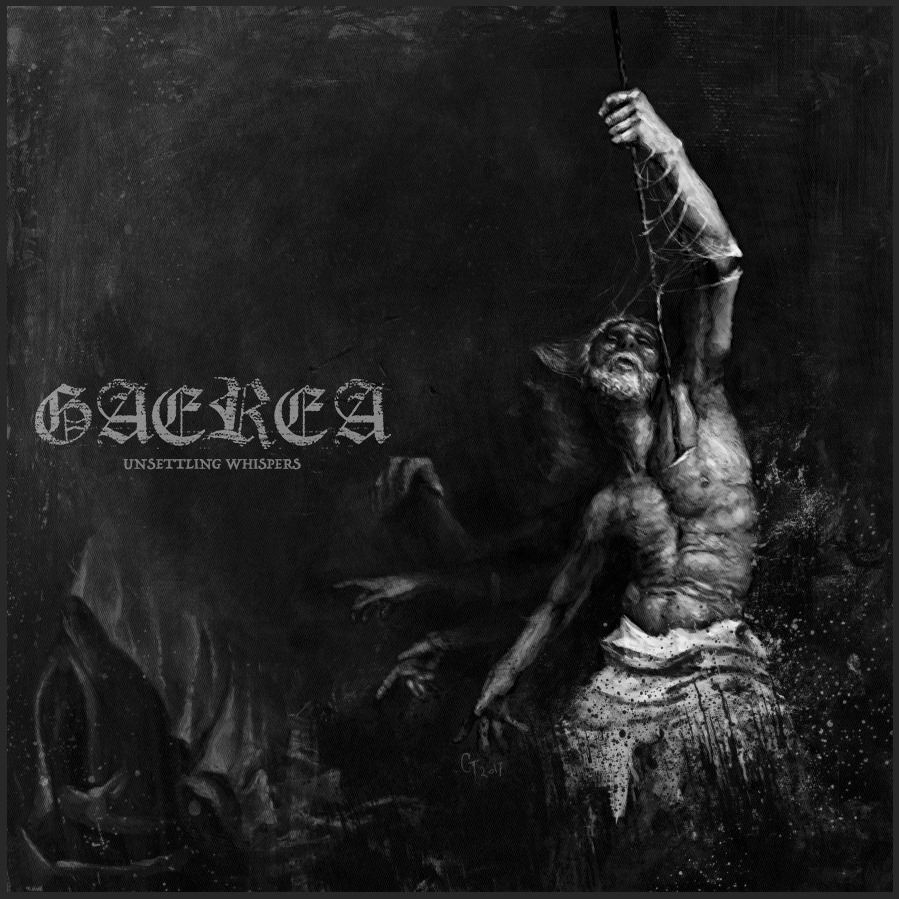 TIBM: What are the plans for the future of Gaerea?

Gaerea: Touring. We already have a big agenda for this fall and first half of 2019. Big announcements are on the way regarding shows outside Portugal.