Review: Ruadh – The Rock of the Clyde 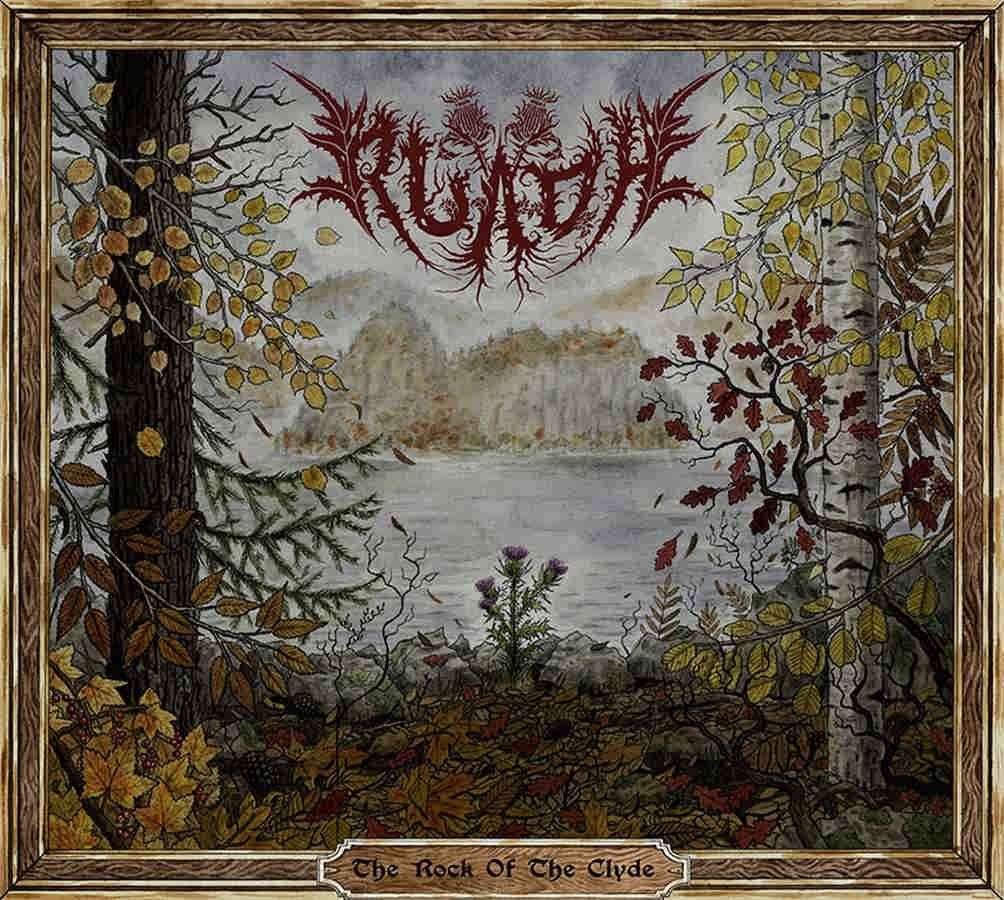 Ruadh – The Rock of the Clyde

Ruadh (pronounced Roo-Ah) is the solo project by Scottish-born multi-instrumentalist Tom Perrett that combines the essence of Black Metal with thematic elements such as nature, culture, history as well as the mythology of his ancestors and place of origin They were the guideline for the creation of The Rock of the Clyde, his second album and which invites us to take a trip through Scotland during the Iron Age.

Embers is the first song on this album, I like the way Ruadh approaches the concept of Atmospheric Black Metal in which the instrumental part is the dominant part and the vocal part of Tom Perrett in the use of guttural voices and the presence of Ceiti contrasts with the darkness of the genre and achieves that accompaniment in musical terms. Despite the fact that it is a long-lasting song, the inclusion of some folk elements allows us to recreate in our minds that wooded landscape that is presented on the album cover and that constitutes the main stage of this musical work.

The Rock of the Clyde concentrates the presence of folk elements through the sound of drums and stringed instruments that continue to envelop us in that atmosphere described in the previous song. In this song we can appreciate Tom Perrett using clean vocals, an aspect that completely breaks the stereotype of the genre, however, the guitar riffs and the drumming shows that dark essence. Almost at the end of the song there is an abrupt change of sound that shows a much more aggressive facet of Ruadh in instrumental terms and the presence of some guttural voices is denoted, it is a well achieved result.

Winters Light begins the drumbeat where the guitar and bass lines complement the instrumental part of this song. The gutturals performed by Tom Perrett show an influence more attached to the old school of Black Metal. This song pleases me for the contrast between the characteristic sound of Black Metal and the folk-influence through the presence of instruments such as the flute and violins representing an interesting duality in the middle part of the song in which you get used to a type of sound and the other abruptly breaks that musical harmony. 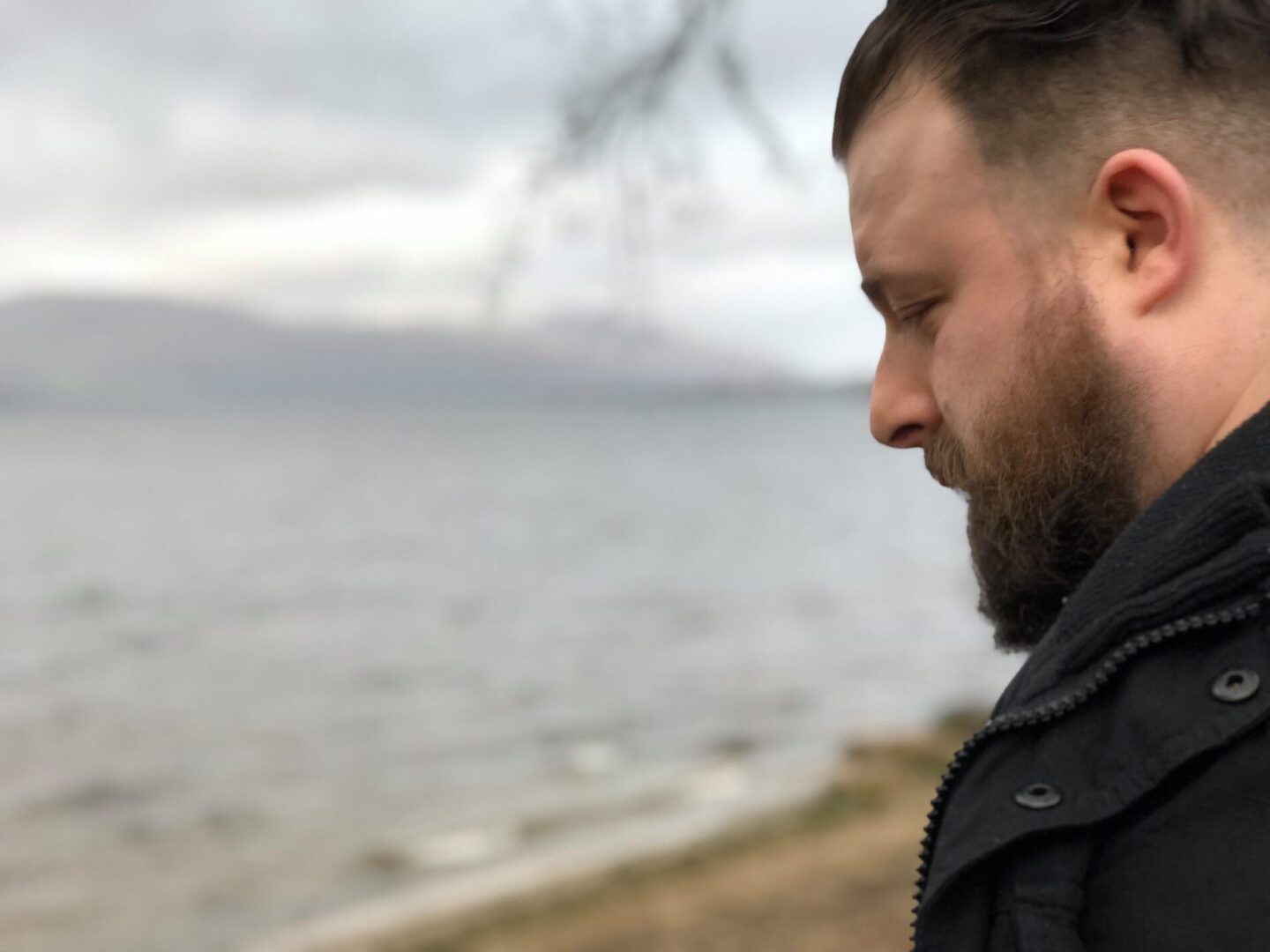 Fields of Heather is a guitar song that occupies the leading role through a series of repetitive and forceful riffs that show a very clear influence towards folk metal. As the song progresses it presents an ascending increase in its rhythm guided by the guitar and in the background we can perceive some wind instruments. Again, it goes back to the old school of Black Metal in the vocal performance and in the middle part the song which is a delicacy to listen to, however, the presence of clean voices makes that historical journey by emulating the ancient songs of Scotland in the iron age and shows a much softer setting and that occasionally takes up the guitar chords that were presented at the beginning of that song to conclude it.

The last part of this album consists of the presentation of the song Only Distant Echoes Reign which is divided into two chapters. One aspect that has caught my attention in this work is that it creates a balance between Black Metal loading with powerful guttural voices, but also combines folk elements through the use of different instruments as well as the use of clean voices by Tom Perrett and the female accompaniment with Ceiti.

In the first part of this song we hear a clean voice mastery throughout the song whose instrumental part is soft and melodic recreating again that historical chapter that takes us through ancient Scotland and in which the chords of the violins they create a transition to the second part without us being able to notice it, unlike the previous one, it shows a more aggressive use and contrasts with the presence of guttural voices and the female voice as accompaniment, it has some melodic elements through the chords of the guitars in the rest of the song being a good closing for this album.

Ruadh’s proposal on his second album under the canons of Atmospheric Black Metal is masterful. There is a balance between interpretation and melody that take you on a journey through the forest, showing landscapes that represent that duality between light and darkness, the latter dominating throughout this work. This album will be to your liking if you are interested in the fusion between Black Metal with other musical influences such as folk, symphonic and perhaps progressive.

Ruadh – The Rock of the Clyde (Full Album)