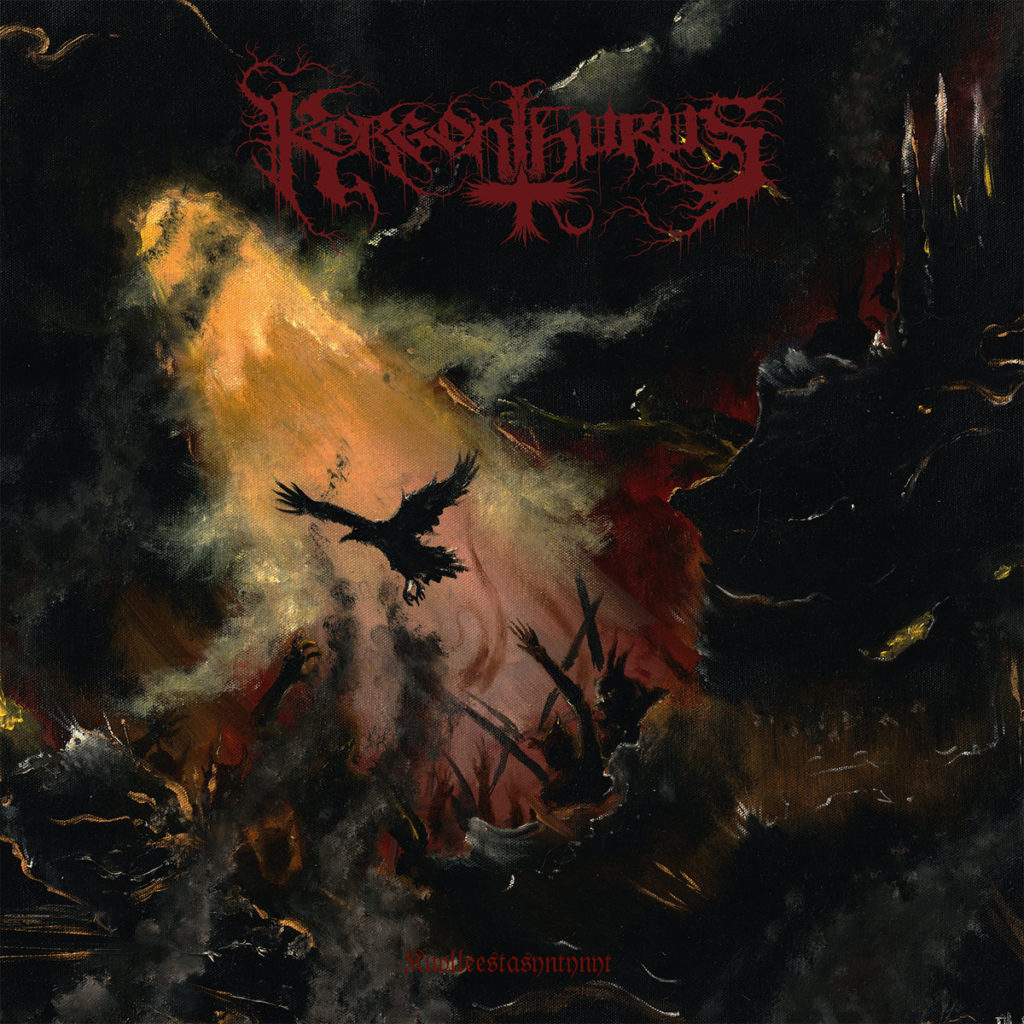 Where Dark and Light Differ

Kuolleestasyntynyt (Born from the Dead), is the tertiary full-length release from Finnish veterans Korgonthurus, following on from Marras (2009) and Vuohen Siunaus (2016). Roni Arling’s stunning cover art evokes the umbrageous chiaroscuro of Goya, depicting a raven, the band’s preferred sigil, ascending from a splintered shadowscape, reinforcing the band’s aim to capture‘the light of darkness’ on this release. And, thematically, both title and art are worthy testaments toa project that has survived a history of line-up changes and always come back stronger. Returning to a three-piece with Corvus (ex-Horna) still leading from the front and co-founder Kryth offering assured drum work, this is undoubtedly their most accomplished record and sadly, if rumours are to be believed, their last.

Retaining a trace of the bleak hypnotism that defined Marras, and more-than-a-hint of Vuohen Siunaus’s brutality, Kuolleestasyntynyt is less depressive than the former and less deathy than the latter, offering richer complexity in composition that at times astounds with its eclecticism, whilst maintaining lucidity and control. 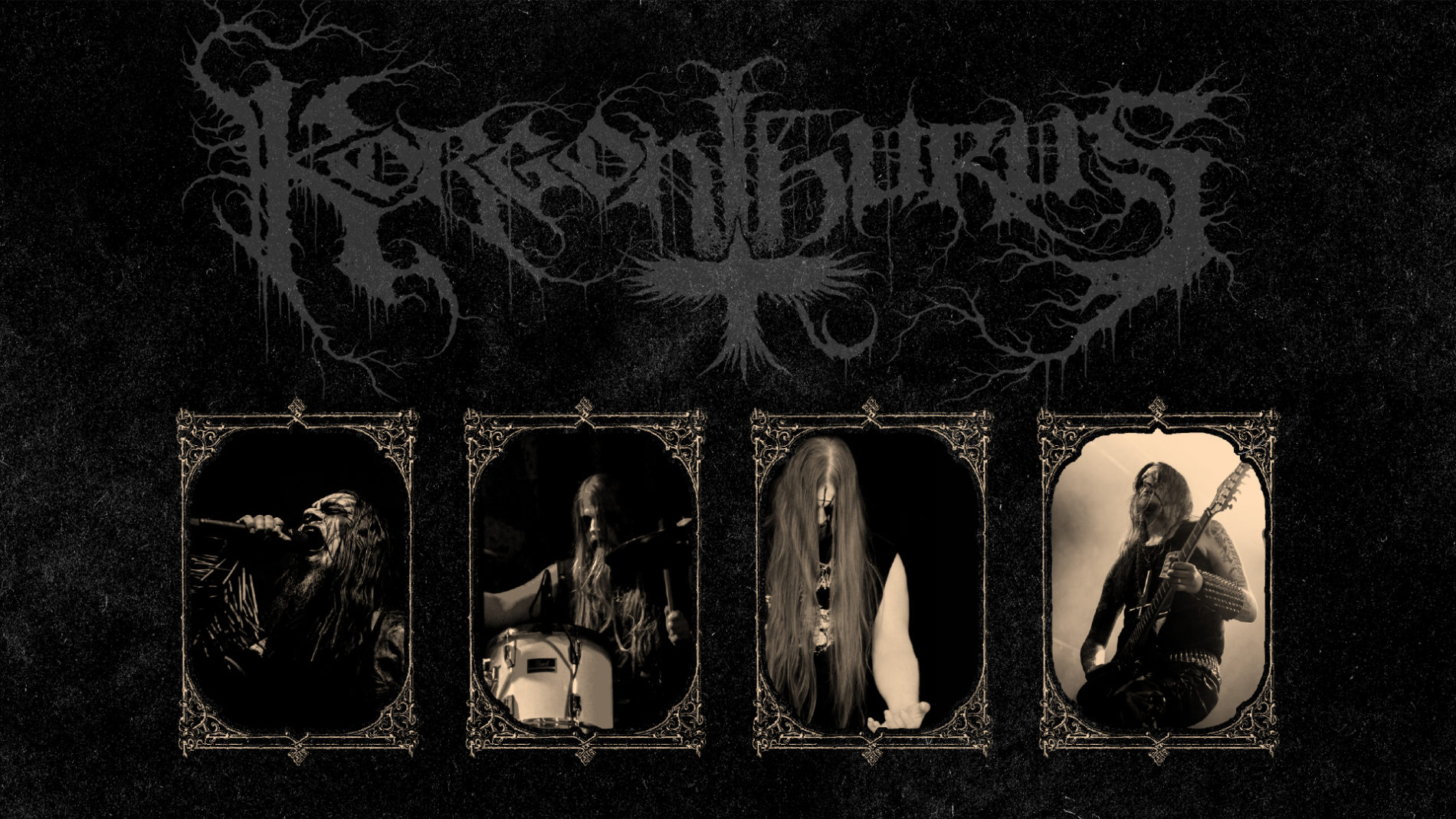 The opening title track tantalises with battle-shrieking doom before triumphant, old-school riffs chug and bend above a writhing pit of percussion. The track simmers, before rising to an almighty crescendo of chaos that never quite loses sight of the central motif. Absolute stormer. Tuhontuoja (Bringer of Destruction) enters hard with blasts and tremolo; well-executed if conventional, before a diversion to brooding post-black delicacy, evoking the jarring contrasts of Bergtatt-era Ulver. Personal Favourite. Syyttäjäenkeli (Accuser/Prosecutor) drags you into demonic despair, like someone howling their last defence to a cruel, indifferent void. There is some repetitive simplicity, but nifty percussive subtleties keep things intriguing. Angel Riivattu (Possessed/Wretched) is a sludgy assault with headbanging riffs and an impressive vocal performance. But again, they leave the complexities to Kryth, with unexpected off-beats and pedal work. At one point, the bass snarls to the fore, instigating a frenzied attack which serves as a fitting apex for the whole album.

The final two tracks offer a sombre resolution. As the title suggests, Yön Lapsi (Child of Night) is ghostly and atmospheric: icy tremolo and unsettling chord changes abound before an inevitable blast frenzy. The album ends with Latin-titled Nox (Night), a ten-minute monster that bows to the band’s Satanic allegiance. With Mgła-evoking guitar melodies and clean, bass-rich interludes, Corvus again shows his vocal temerity. Indeed, throughout the record, he brings a much-welcome rawness to an otherwise polished production. Nox fades out on a haunting acoustic refrain that leaves you wanting more, which is precisely where they lose a point: 38 minutes just doesn’t seem long enough for the epic aspirations of this record. Still, it’s an impressive testament to the Finnish phoenix, honouring a dignified, if somewhat unprolific tenure.