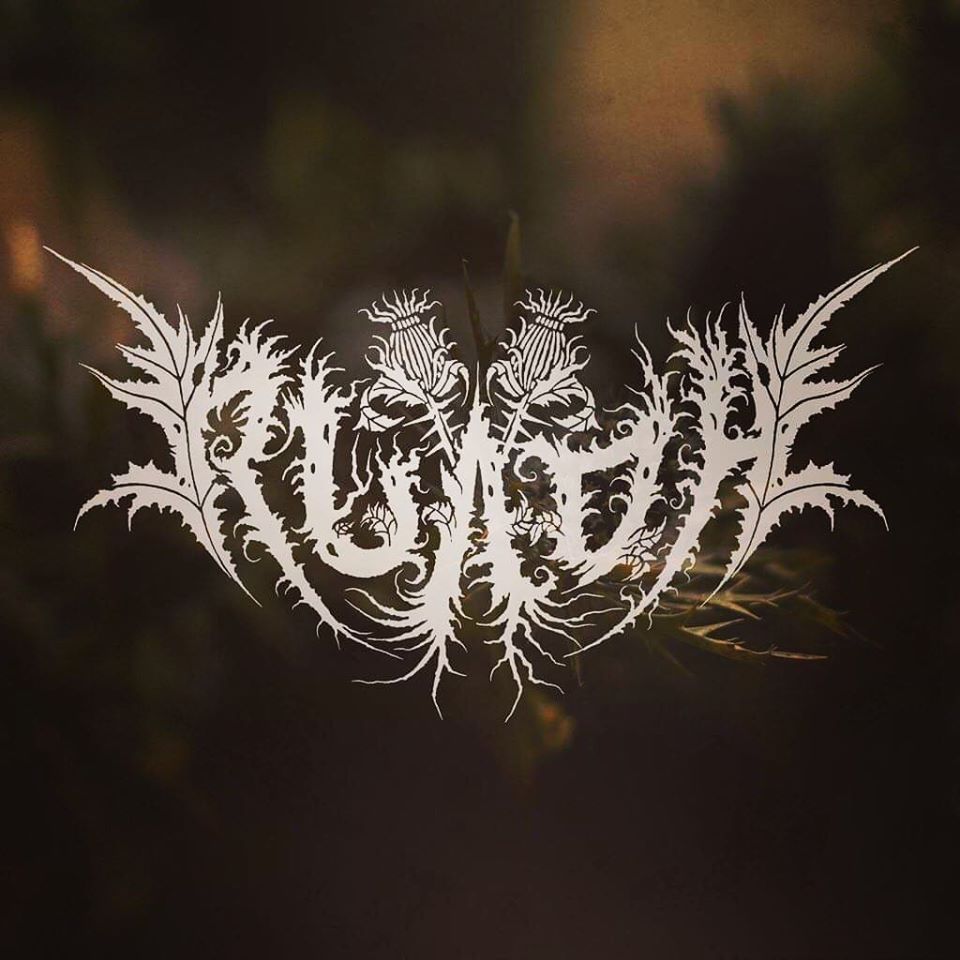 Ruadh (Pronounced “Roo-Ah”) is a one-man Atmospheric Black Metal project from Glasgow Scotland. Drawing from the vast well of history, culture and mythology whilst creating an unmistakable atmosphere. Musician and composer Tom Perrett set out to create music purely to taste which led to Ruadh‘s existence, the name translates to “red”. Tom was born and raised in one of the oldest Burghs in Scotland which translates to “The red glen”. The derivation of the name of the town is unclear but one theory is that the area was once a settlement of Reuther, an ancient king of the Scots, who ruled between 213 and 187 BC. This Is Black Metal Webzine found Tom and had a talk about his project, his debut “Sovereign” and his future plans.

This Is Black Metal: Thank you for the interview, how did this project come to life?

Tom: Hi, Thanks for having me. I’ve been writing the material that eventually became Ruadh for years. The album was something I always wanted to get finished but never found the time to really get stuck into it. After my old band ceased I started writing for another project and I took a few years away from playing metal to focus on this but the itch came back about 3 yeas ago. I love black metal in particular but I’m not big on music scenes, too much style over substance and it gets a bit contrived for my liking.

TIBM: What is your musical background and when did the music itch started for you?

Tom: My musical background starts from childhood, I’ve always played music in one capacity or another since I was about 5 years old. My upbringing was the classic rock stuff that my Dad loved like Rush, Deep Purple, Led Zepellin, AC/DC & Pink Floyd amongst others. My Dad plays guitar too and the very first song I ever learned was Smoke on the water, I’m sure the same is true for about 80% of guitarists out there. “Blank 3,5. Blank 3,6,5. Blank 3,5,3 blank.” I wonder if anyone will get that reference. 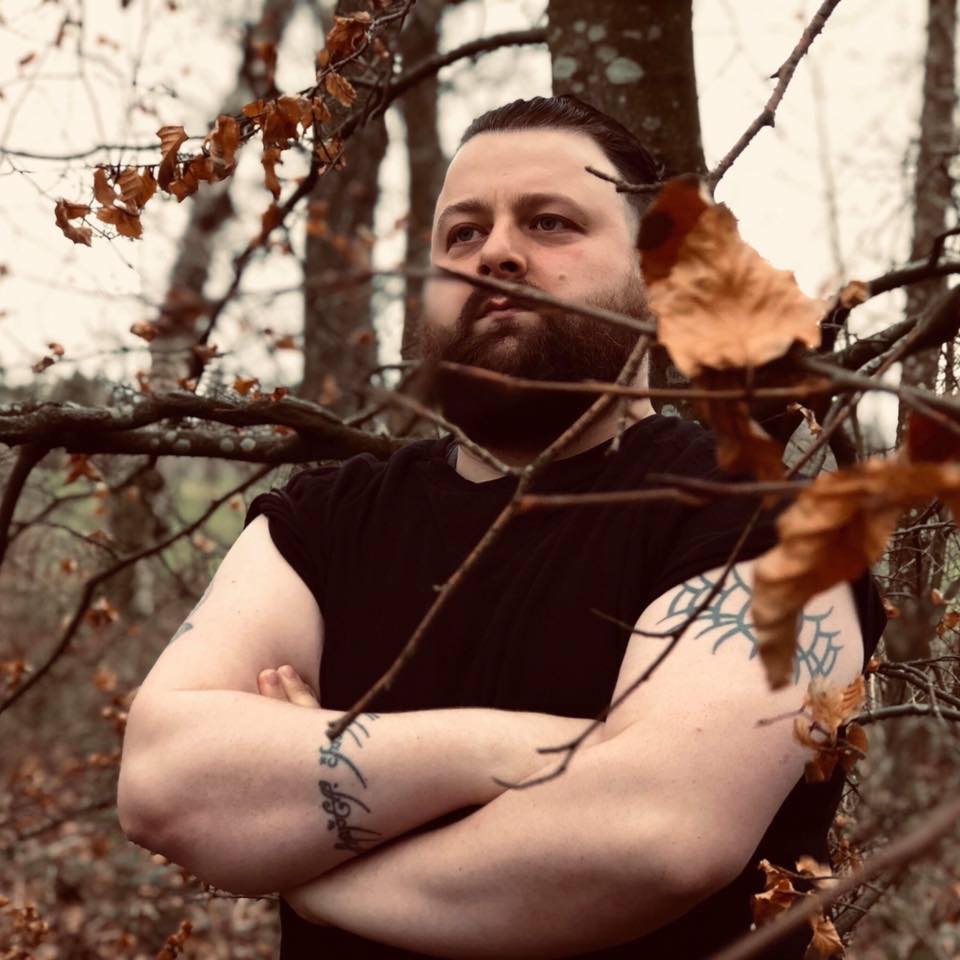 TIBM: Ruadh (Red), why did you pick that name and how does it fits your music?

Tom: Ruadh Is a descriptive word for something appearing to look Red in an Ancient Scottish Lanquage called Gaidhlig and where I come from in the central belt is traditionally known as “The Red Valley” (Vally meaning Glen) so An Ruadh Ghleanne or “Rutherglen” Basically it’s just a hit tip to my home town which is also the first royal burgh of Scotland.

TIBM: How did the chance to work with Northern Silence Productions came to you, do you have a good relationship with them?

Tom: Torsten from Northern Silence contacted me to hear the full album when it was complete off the back of me putting a demo on Ethereal Black Metal page on Facebook so I focused on getting the album done and we worked out a deal which is beneficial to both of us. I have a good relationship with NSP, it’s a new relationship but it’s good, my deal is very fair and I feel like it’s allowed me to get the album into more people’s hands than I could have managed on my own. I never actually intended to release the album, It was written for me just as something I always wanted to do so for someone to see any value in it was humbling, the response has been pretty great. 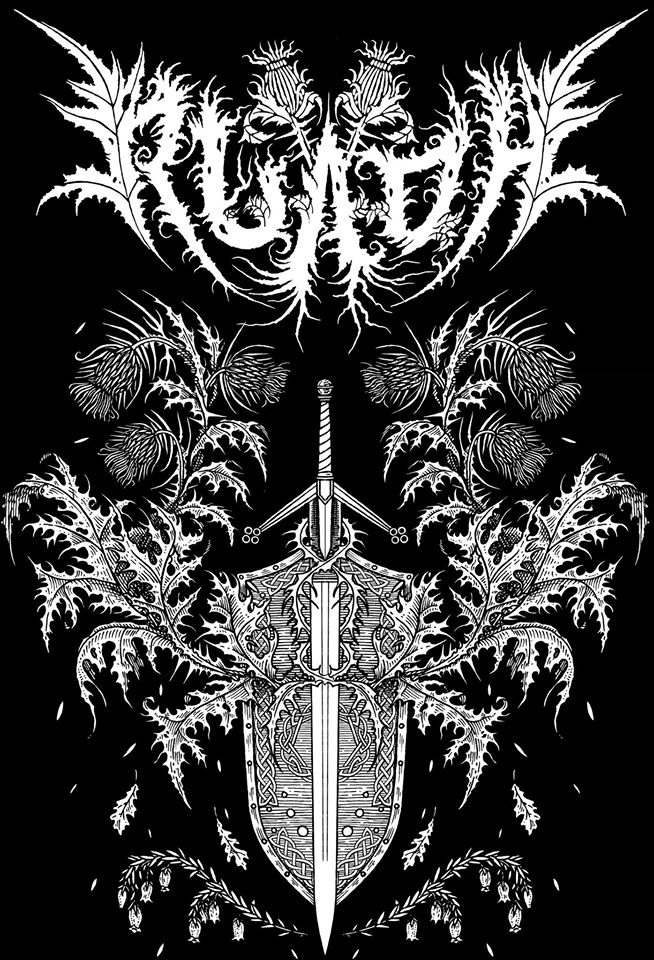 TIBM: Your debut Sovereign is finally out, how does it feel to have it in your hands, at last?

Tom: It’s amazing to have it released on such a cool label who have released lots of bands who I am a fan of. It’s amazing to hear people’s comments on it positive and negative both valid and valued and it’s great to be playing some metal again I have to say, I missed it.

TIBM: What inspired you for this album?

Tom: This style of Black Metal is home for me, All of the albums I loved growing up inspired me to write Sovereign and to work on Ruadh in general. Albums like Blood on ice by Bathory or Arntor by Windir, Hvis Lyset Tar Oss from Burzum and In the Nightside Eclipse by Emperor. Some more modern acts really inspire me too, Insomnium, Panopticon and of course I quite enjoy the earlier Saor albums. 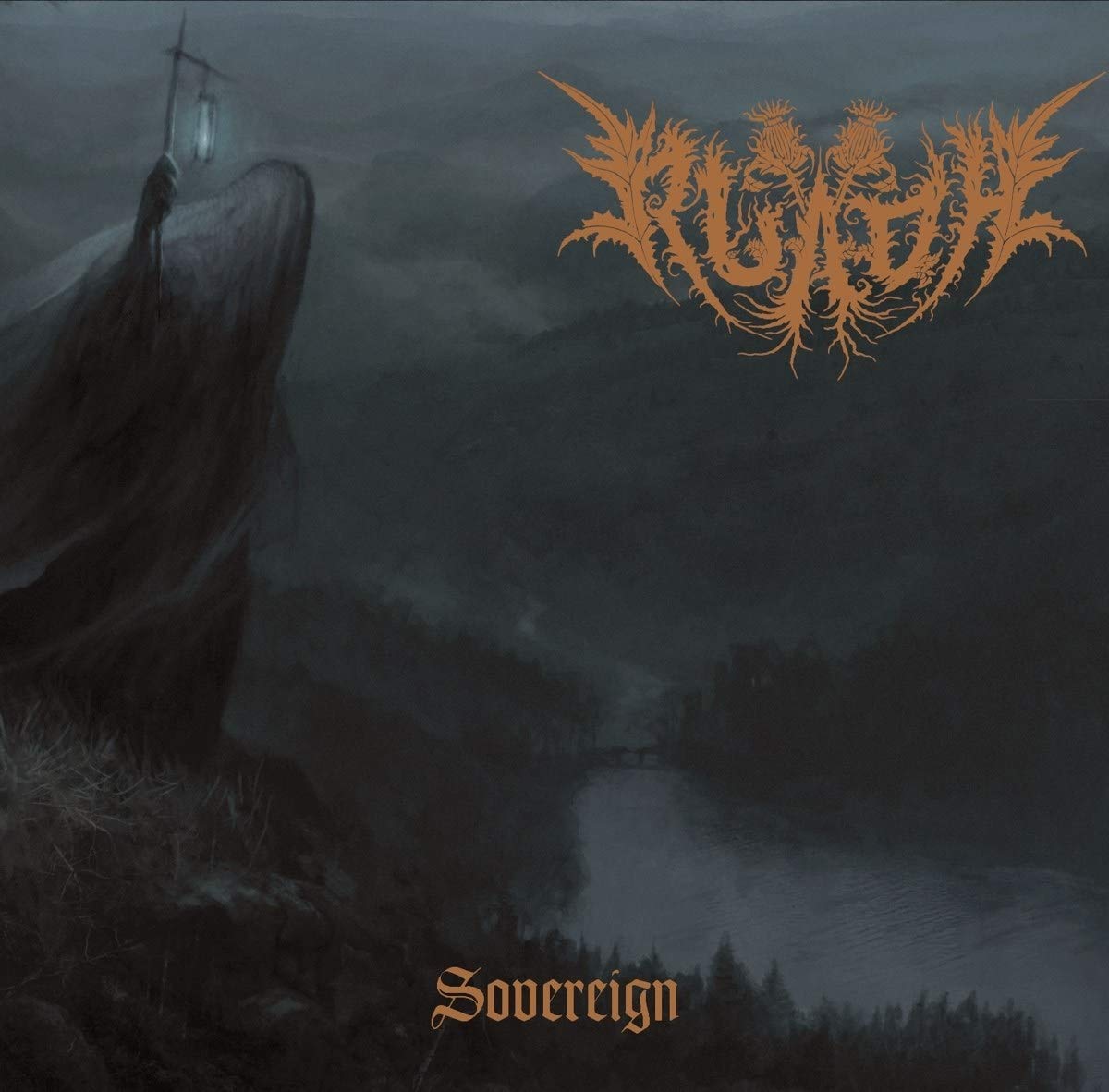 TIBM: What are the future plans for Ruadh? Continue in the same path or maybe we can expect collaboration with other musicians?

Tom: Taking Ruadh to the stage is my immediate plan, that’s about 2 weeks away at this point at this years Beermageddon festival. Apart from that, I’ll have more shows booked in 2020 and I’m going to be releasing album 2 in the spring of 2020 as well which is bigger and in my opinion better. Collaborations are to be expected but I won’t say much more at this time.

TIBM: What is it about Black Metal that inspires you and made you choose to play this subgenre?

Tom: I’ve listed to Black Metal for about 20 years and it’s just always been a constant in my life. Also, the very first band I ever played in was a Black Metal band so it’s just home like I said.

Track from the upcoming album ‘The Rock of the Clyde’. To be released by Northern Silence Productions (CD/Digital) on May 22nd, 2020.

TIBM: What other bands from Scotland would you recommend us?

Tom: There are lots of amazing Scottish bands, I’m not going to name names because so far as I’m aware it’s a vibrant and diverse scene that probably deserves more notice. But as a parent I really don’t get out much, there used to be literally hundreds of great Scottish metal bands but I wouldn’t know too many now personally. Classic bands like Runrig and The Corries are good if you like a bit of folk music though. 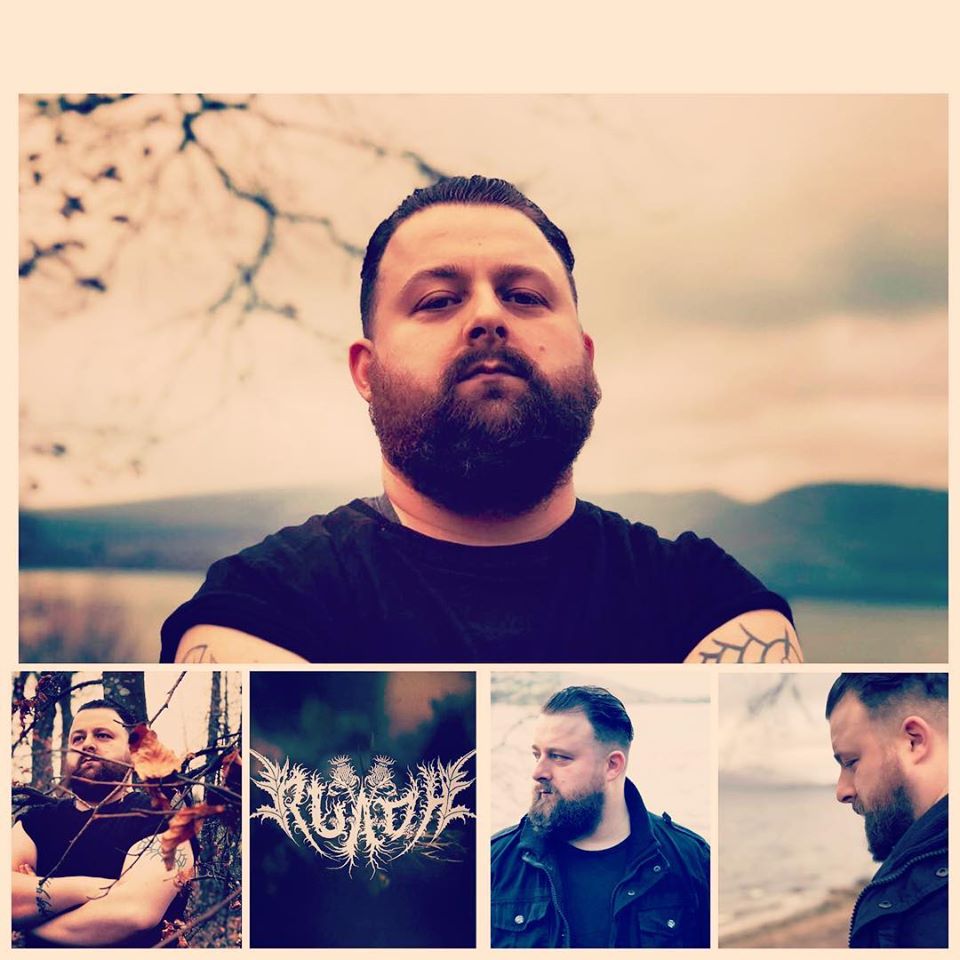 TIBM: To conclude our interview, please leave a message for our readers.

Tom: I would like to thank everyone who has supported Ruadh in any way and I look forward to bringing you more material in the future.