In today’s music industry, not many bands make some noise with their first album. Sacred Son nevertheless won against the odds, perhaps not with the traditional way. The man behind the eccentric album covers, Dane Cross, talks with This Is Black Metal Webzine for his second creation called Arthurian Catacombs.

This Is Black Metal: Hello Dane, thanks for giving us the chance to know more things about the story behind the project of Sacred Son. So what’s the story?

Dane Cross: No problem! I’d seen a number of musician friends write their own solo albums and so I decided to give it a go myself.

TIBM: What are your musical and lyrical influences?

Dane Cross: There are the obvious black metal heavyweights such as Darkthrone, Immortal and Emperor as well as more contemporary acts such as Wolves In The Throne Room, Krallice, Batushka and Weakling. 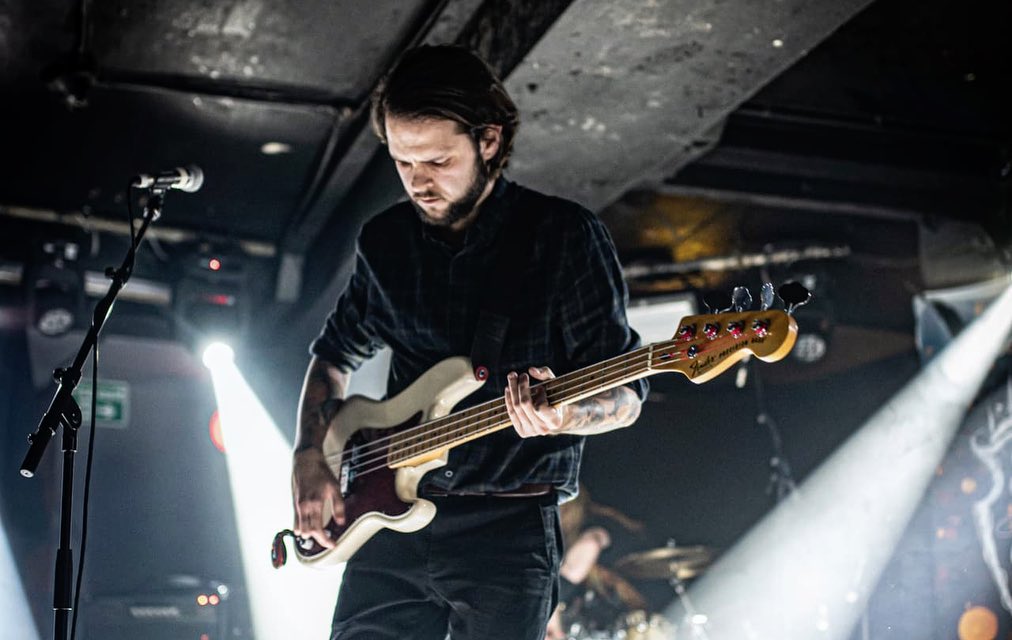 TIBM: In your previous album, Sacred Son was a one-man project, but now you are a four piece band. What changes took places in ordertodothat?

Dane Cross: I hadn’t planned on bringing the project to the stage until I started receiving some very tempting gig offers. I already knew Mark and Stuart (guitarists) from playing in a band with them previously. Jamie (drummer) got in touch over Facebook after we put an ad out.

Dane Cross: Having played in both I would say the most harmonious arrangement I’ve experienced in a band would be somewhere between a one person and a full band. A band where everyone has equal creative equal stake can often end in stalemate. When one member has the lion’s share of creative control however it simplifies matters and reduces the scope for conflict and clashes of ideas. That’s not to say I don’t allow creative input from the rest of the band – far from it – but I generally tend to demo the material at home before bringing it the studio to function as the ‘spine’ of the song so to speak.

TIBM: Tell us about your new full-length album “Arthurian Catacombs”.

Dane Cross: Thematically and lyrically, ‘Arthurian Catacombs’ draws on Arthurian legend, pagan and Norse mythology, 17th-centruy painters and the works of John Carpenter, amongst other things. It has more of a traditional Second Wave Black Metal sound than the first album, and there are instances of dungeon synth throughout.

TIBM: In your new release there are 3 ambient songs (one as an intro and one as an outro – not counting the second half of Black and Lustreless Spheres) and we are hearing whisperings. Is there a concept in this album?

Dane Cross: Yes, there is a concept. The lyrics will be made available with the upcoming vinyl release, although I’d like people to make their own interpretations based on those before I reveal the concept/story that drives the album. 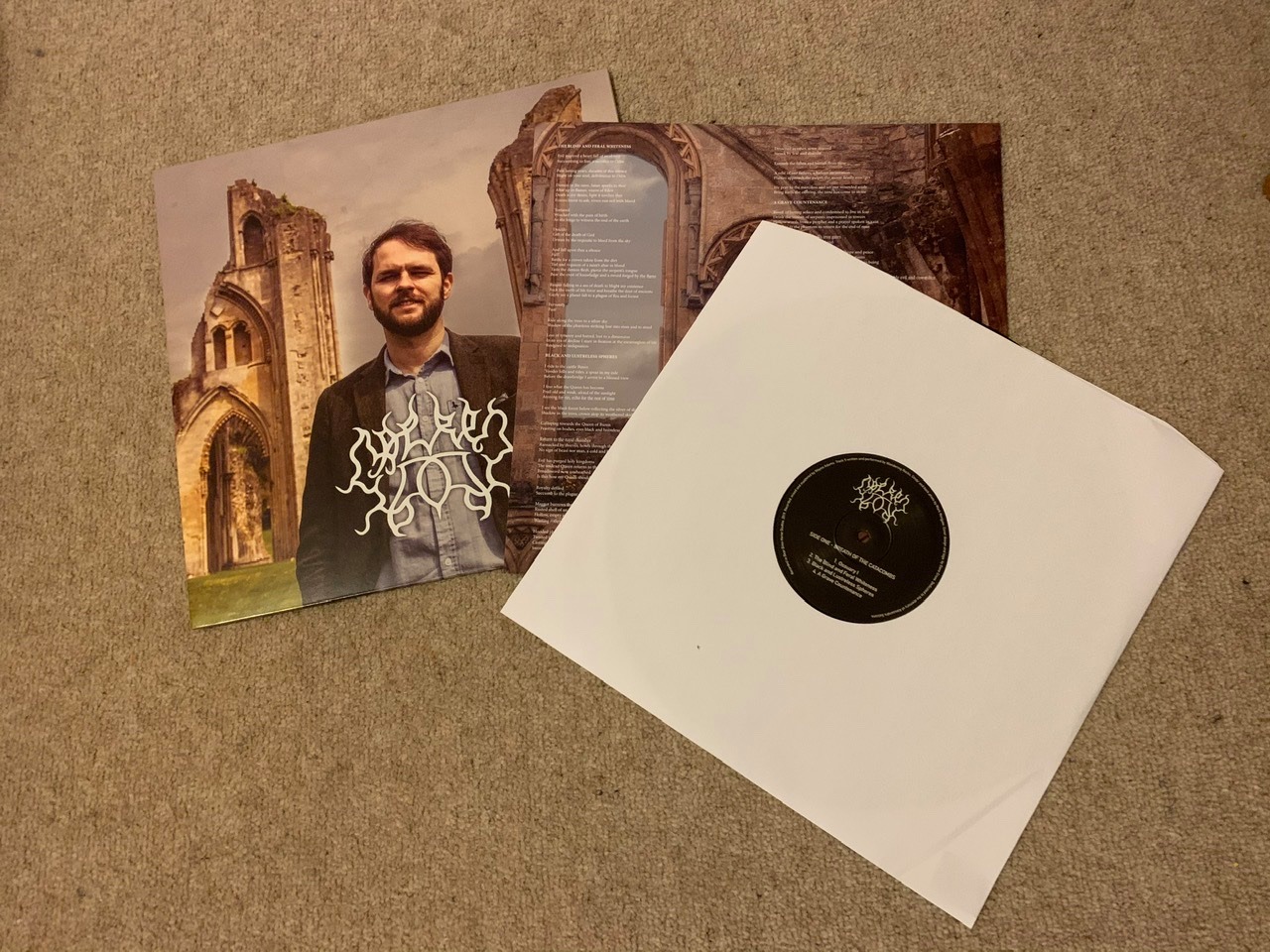 TIBM: What are you trying to achieve as an artist?

Dane Cross: I’m not really trying to achieve anything. I enjoy writing music and I’m in a very fortunate position where other people seem to enjoy listening to it.

TIBM: Do you hear music that belongs outside the metal/rock genre? If yes, who are your favourite artists and how they influenced you?

Dane Cross: Yes I do. The albums ‘Feel Good Lost’ by Broken Social Scene and ‘Leaving Your Body Map’ by maudlin of the Well have had a profound influence on Sacred Son. Admittedly that second one is for all intents and purposes a metal album but it’s the beautiful interlude tracks that in part inspired me to write the track ‘Ethereal Light’ from my first album

TIBM: Do you believe that bands right now, are not trying anything revolutionary, in order not to piss the fans?

Dane Cross: If you mean in terms of aesthetic and subverting genre expectations then possibly, although that’s their prerogative at the end of the day.

TIBM: Where are the locations of both album covers?

Dane Cross: The first is taken atop Table Mountain in Cape Town, South Africa. The second is taken at Glastonbury Abbey, UK.

TIBM: Are the covers a concept that moves on every album?

Dane Cross: They relate to the themes and concepts within the album, yes. The second more so than the first! 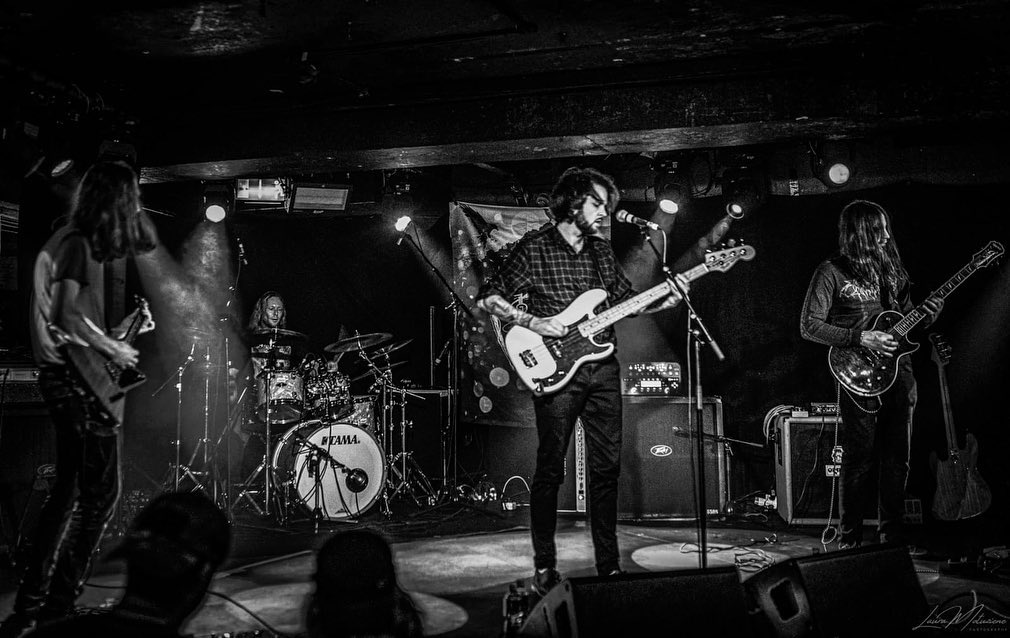 TIBM: Do you afraid that these covers may close some opportunities for you?

Dane Cross: I’m not really looking for any opportunities so to speak so no, not really.

TIBM: The question for the one million dollars: in the first album you were wearing a t-shirt, on this a shirt, what`s next? a tuxedo in front of the Buckingham palace?

TIBM: Have you planned any live shows for promoting the new album? Tell us your future plans.

Dane Cross: We have a handful of gigs coming up over the next few months but nothing specifically related to the album launch, no. We’ve played the album in its entirety live a few times in preparation for recording so I think we’re all a bit tired of playing it front to back!

TIBM: Thanks for your time Dane.