Black Anvil is an American Black Metal band from New York City, created in 2007 by members of legendary New York hardcore band Kill Your Idols along with other bands in the NYC area. Their 2008 debut album Time Insults the Mind captures the primitive, raw, grimness of traditional Black Metal, with high pitched vocals and haunting guitar riffs in the classic Black Metal sound, progressing later to mix this classic sound with hints of thrash and atmospheric to a heavier, polished sound. Black Anvil successfully covers the Black Metal spectrum. This Is Black Metal spoke with Black Anvil on topics of their music and Black Metal in general.

This Is Black Metal: Hello Paul and thank you for this interview.

With a musical career spanning over a decade you are not new at this, how did you go from NYHC to Black Metal and is the creative process the same?

P.D.:  We are definitely not new to this. Talks of a side project geared toward Heavy Metal were always on the table, but we were so invested in time and place it wasn’t an option to dedicate time to anything else. After some time, when we were all exploring different musical avenues the stars aligned for the 3 of us to dump all of our attention into creating Black Anvil.

As for the creative process, creating of music isn’t much different in the sense, were artists creating art. However, the motivations and inspirations are pulled from a different place. So while it is similar in the sense of picking up a guitar etc, we’re older, darker, different people with a different agenda.

TIBM: As an American myself, do you find it hard for an American band to find a foothold in Black Metal? America isn’t known for its BM after all.

P.D.: For us personally, we’ve spent our lives being outcasts. Being associated with things that stand apart from what your average person deals with on a daily basis. That goes for any scene that may or may not be in NYC, or even America’s in general. Our feet are very secure and if we don’t fit into what a certain person wants to believe Black Metal is, at the end of the day, means nothing to us. We have our allies around the world. It’s not necessary to impress the weak-minded so-called  “elite”. 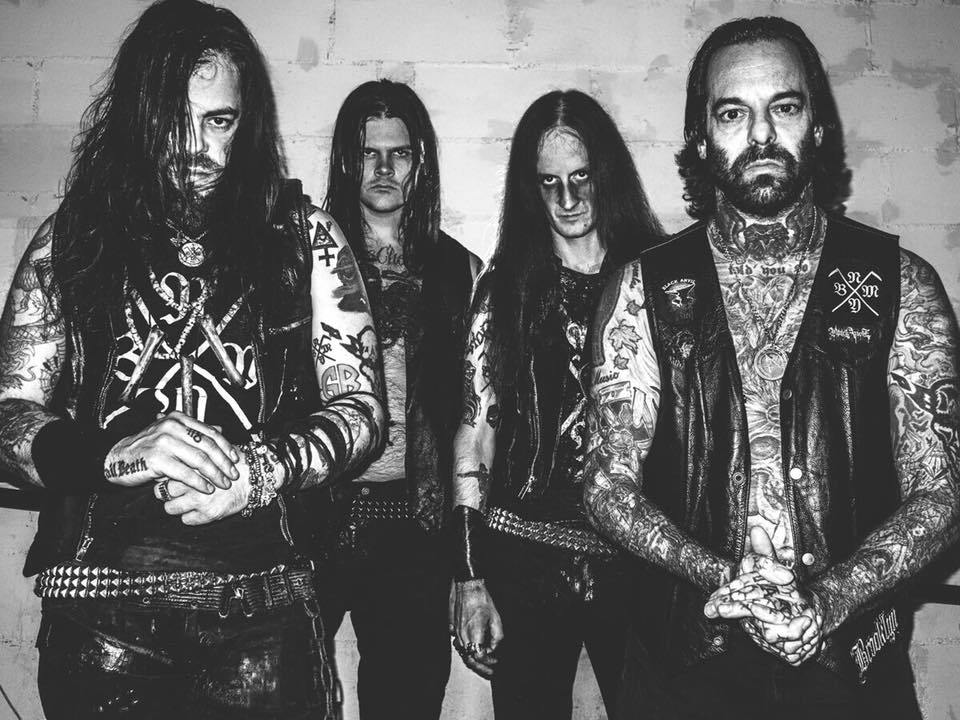 TIBM: You have shared the stage with many other bands including Mayhem, Watain and Behemoth, did Black Anvil open for Marduk?

TIBM: I know you did a split EP with Urfaust as part of a live performance, would you like to collaborate with any other musicians? Are there any bands, in particular, you would like to share the stage with?

P.D.: No. Collaborating with Urfaust came out of friendship. They’re a brother band to us. The importance of sharing a release with them is due to our personal connection. If that is to happen again down the line it will be under the same circumstances. The same goes for the stage, existing bonds are usually what lead to this. Sometimes it’s strictly business.

BLACK ANVIL – “As Was” (Official Track)

TIBM: On Hail Death album you covered the KISS song Under the Rose, what made you do this?

P.D.: We all love KISS. Are all heavily inspired by KISS. Very important band. The Elder is a very dark/special record. Luckily we all share this sentiment, Under The Rose always stood out and came up in conversation quite a few times and we decided to act on it.

TIBM: One of my favorite things about BM are the lyrics, Black Anvil have wonderful, dark, mysterious lyrics, does one member write the lyrics, or is it a collaboration within the band?

P.D.: R handles this. The collaboration is in the sense of, usually a song title comes to mind. A topic. Usually starts off as something quite simple. Brought on by someone even, and it’s transformed into something more meaningful and that’s when the minds unify and bring it all to life. Being the force, being the vehicle, in the end, we are all functioning as one to deliver as powerfully as possible, what we live, what we believe in and what we stand by.

TIBM: How did you come up with the name Black Anvil?

P.D.: Tim did design our logo.

TIBM: Another thing I love about Metal is the album covers, who designs your covers?

P.D.: Metastazis has handled all of our records. The most recent EP, “Miles” features cover art by Iza, and the layout by Metastazis. This is the first time he has had any collaboration on art for the band.

TIBM: I must ask, in these Covid times as venues close their doors, some for good, and live performances being canceled/postponed how does this affect you both personally and professionally?

P.D.: It affects everything we’ve ever known and ever done. Life as we all know has been changed forever due to this. For us personally, it has affected making our 5th LP which is written and waiting in the wings. The big picture, in such uncertain times one needs to stay focused and try to see through the smoke and keep a clear mind to navigate through this disease and come out a victor. 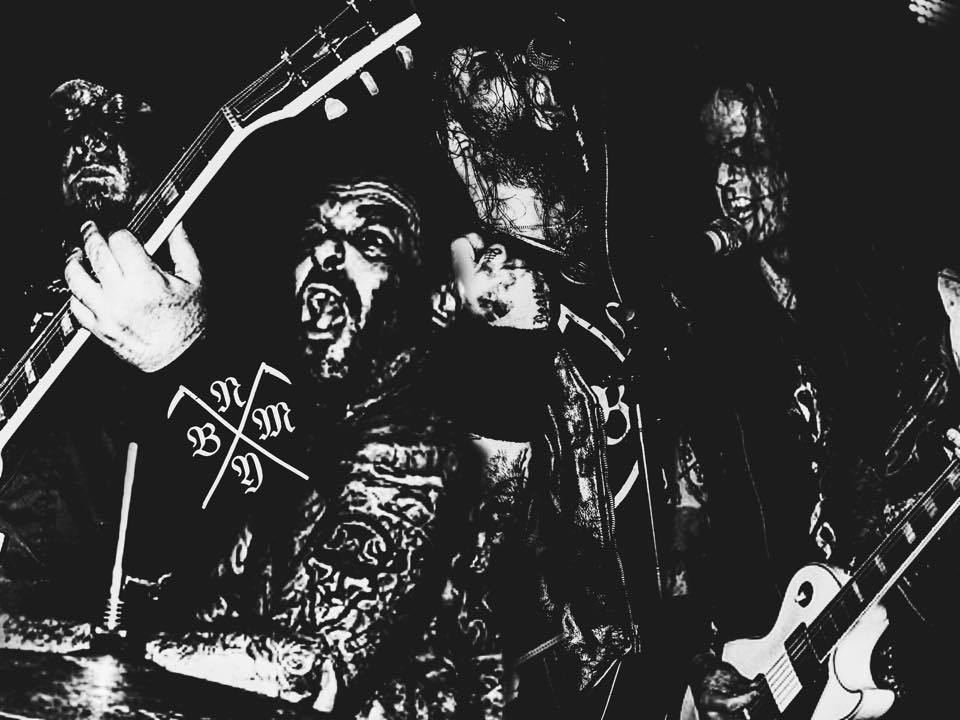 TIBM: What does the future hold for Black Anvil?

P.D.: Eventually we will record and release our fifth record on Season Of Mist. We have some European dates booked for the end of 2021 and the beginning of 2022. So, as said above. We will take it day by day.

TIBM: Any final thoughts, comments you would like the readers to know?

Thanks for your time.