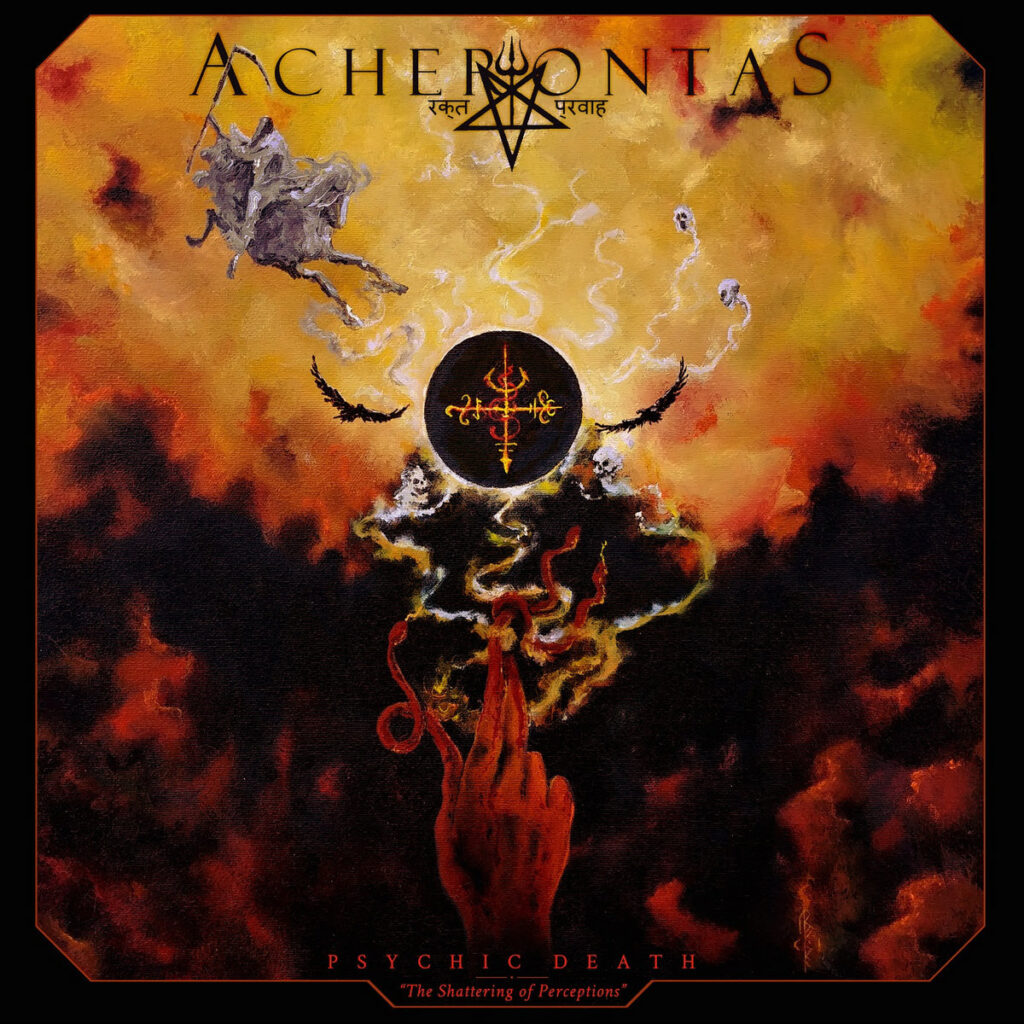 Formed in 2007, as a clean break from past musical endeavours, Acherontas has become a household name in the Greek Black Metal scene launching their first full-length album in that same year (which, should be noted has aged very well indeed). Since then, Acherontas has been one of the more prolific acts in the region, putting new albums out pretty consistently every couple of years (with plenty of EPs and live material in between), bringing us to 2020 and the release of the bands eighth full-length album, Psychic Death – The Shattering of Perceptions.

V.P. Sorcerer (V Priest) has always stayed critically true to the band’s original ethos and concepts; this release is no exception. Once more, the themes of mysticism and the occult are prevalent not only in the imagery and lyrics of this record but very much in its sound too. At first, the record kicks off with many of the band’s trademark components at work, blast beats, thundering rhythms and furious pace. You’d be forgiven for thinking this was picking up where Faustian Ethos left off (Vita Nuova was an epic ending to that album, of course no bad thing). As the track unfolds, however, the sound and general direction take a marked turn towards more progressive, introspective territory. Again, this isn’t entirely new ground for Acherontas. For me this album sits somewhere between the overtly melodic, catchiness of their debut and the avant-garde occultism of the Ma-Ion, Amarta eras. Although, where I feel like some of the personality of the very early albums were (discretely) borrowed from some of their overseas peers in the genre, by this point Acherontas has matured into something which is very much it’s own. Even in the context of Hellenic Black Metal which is so distinctly characteristic and recognizable, the integrity and robustness of this band’s own sound is undeniable. 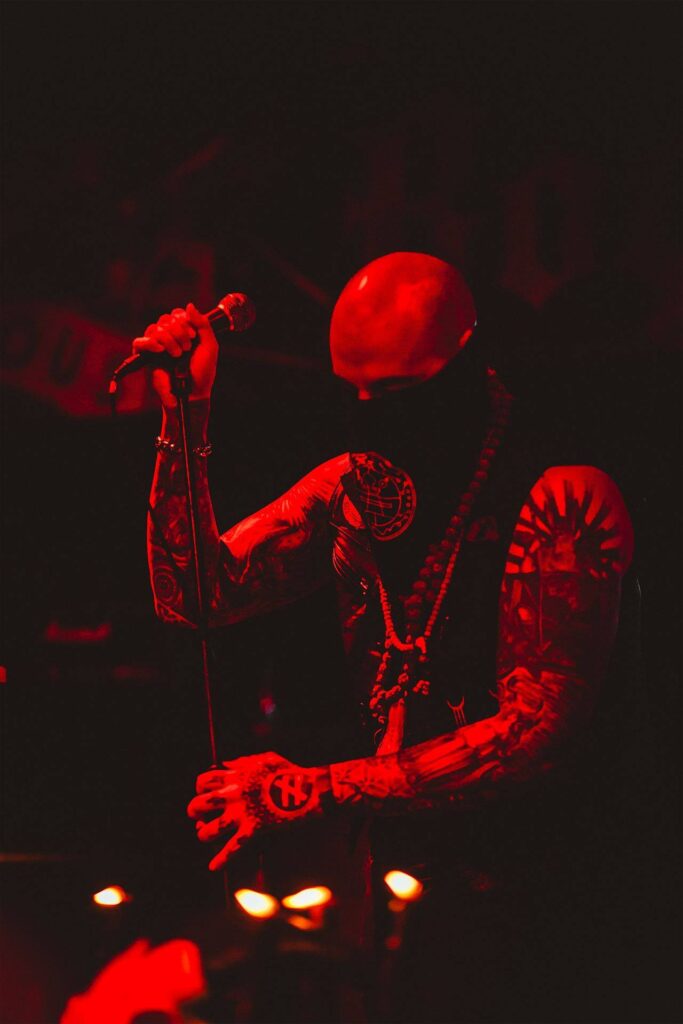 The songs are somewhat longer than what we’re used to, with insertions of ambient passages, high pitched tremolo picking over spoken word and extended periods of much slower paced music. That’s not to say that it’s at the expense of the heaviness that you’d expect from Acherontas, this is still a very heavy record. Albeit, some of that heaviness is articulated by a gradually thickening, density of the atmosphere, rather than outright ferocity in the instrumentals and vocals. Despite the spoken word, clean and chanted passages there are still plenty of harsh vocals; certainly enough to please traditionalists. The guitar melodies are used more sparingly than in previous records but still form a crucial part of the overall composition. The extra minutes in the songs are put to good use. Often when I read things like “slower passages”, “ambient intermissions”, I think one thing: filler. This isn’t filler, not at all. These and many other different styles, (the melodies of The Brazen Experimentalist, the progressive rhythms of Coiled Splendor, the ritualism of Paradigms of Nyx, the blackened thrashy outbursts in The Offering of Hemlock and the outright savagery of Sermons of the Psyche) form a collective whole that is complex and intelligent. It does require a degree of concentration and focuses to fully appreciate but for those willing to make the effort, the rewards are plentiful. This is a record that reveals more of its enigmatic persona with every listen.

This album does mark something of a change in musical direction; subtle enough to not upset any long time fans of the band but significant enough to keep them interesting and relevant. When rating this album it must really be done in the context of the band’s entire discography and not in isolation. When that discography is as strong as this one, one must be harsh. So I may be giving this album a seven and a half, but it must be taken in context and this record is still better than most I have heard this year. In a time where originality is somewhat hard to come by in Black Metal, Psychic Death – The Shattering of Perception certainly doesn’t sound like much else out there. This is an absolute must listen both for lovers of the Hellenic style but equally for anyone who appreciates Black Metal that is as intellectual as it is emotional.

Review: Hyalithe – As If Sunlight Could Warm the Deceased
Dagon M. November 27, 2020
This Is Black Metal ©All rights reserved.