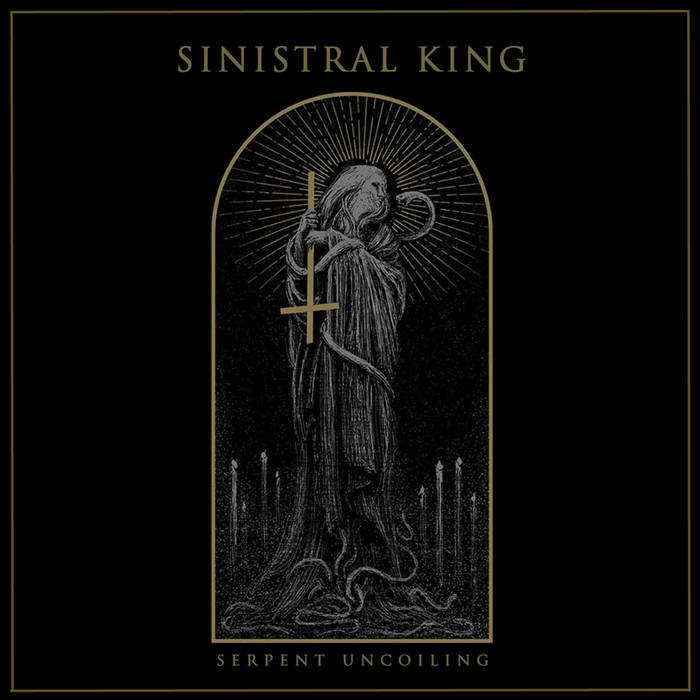 Little can be said about this newly formed project as its members have decided to maintain a cloak of mystery. Despite the musicians remaining faceless, it is known that it consists of members from big-name bands in the scene like Vredehammer, Unlight and Triumph of Death.

With their debut album, “Serpent Uncoiling”, they present us with a very strong mix of high-intensity Black Metal and atmospheric moments, into a very mature sounding result. This should come as no surprise as all the individuals are seasoned and well-experienced musicians in the scene, thus achieving a high compositional level throughout. They make great use of the choirs giving it an inhuman feeling of coldness. Acoustic layers are blend very well with the Extreme Metal sound in a balanced way, while the vocal hooks add another layer to the whole thing. Classical interludes and choral chants create the occult atmosphere that the band gives off with the imagery used. 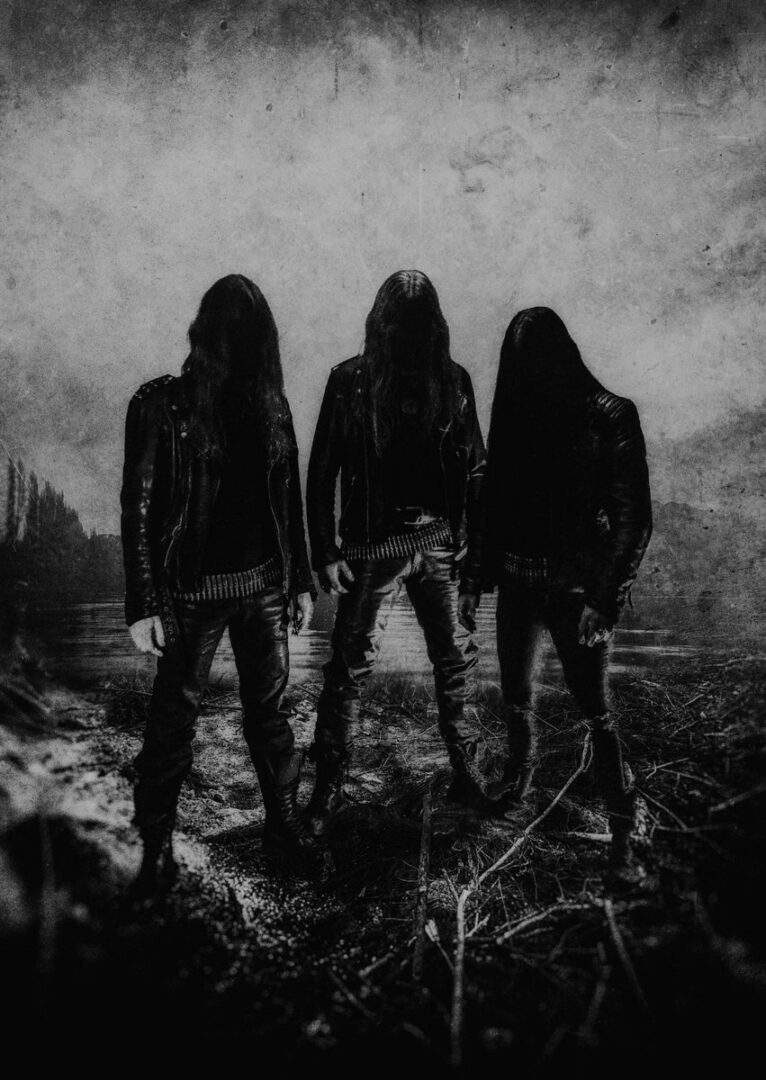 The opening self-titled track is a constant interaction between blazing riffs, shredding leads and vociferous drumming. It contains some eerie ambient moments before reaching a choral vocal conclusion. Coming up next, “Nahemoth”, is my personal favorite. A choir section is introduced by an ethereal piano, before returning to the attacking attitude of the main riff. It also contains amazing tremolo-picked riffs drenched in atmosphere, that are reminiscent of prime Dimmu Borgir. “Isheth Zenunim” is a groovy track with melodies that will make the hair at the back of your neck stand up. Thick chords create high-intensity moments as it dissolves in a choral singing outro. “Fields of Necromance” is the longest track and connects very organically with the previous one. It starts off with an orchestral opening that progresses into a devastating Black Metal finale. The closing track, “Where Nothingness Precedes Cosmos”, is a fine multilayered piece of art. Shrouded in mystical darkness with forceful and energetic rhythms throughout.

From start to finish it is a very well worked result that catches the listener’s ear for multiple hearings. The album flows organically, making it seem like one solid and cohesive unit. The production is on point, containing the needed clarity for every instrument to enhance the atmospheric ceremonial feeling. They take great advantage of the instrumental variation to blend the occult aura with explosive black metal riffs. It lacks a differentiating factor as the band follows a very tight music recipe, but they manage to create some memorable moments despite that.

Sinistral King makes a strong statement with their debut album, which indicates the endless possibilities this band contains with its musical talent. Highly recommended for the fans of Aggressive Black Metal with a melodic twist and let us hope that they will continue their musical endeavors in the near future.

Interview: The Infernal Sea
Warlock April 15, 2021
This Is Black Metal ©All rights reserved.