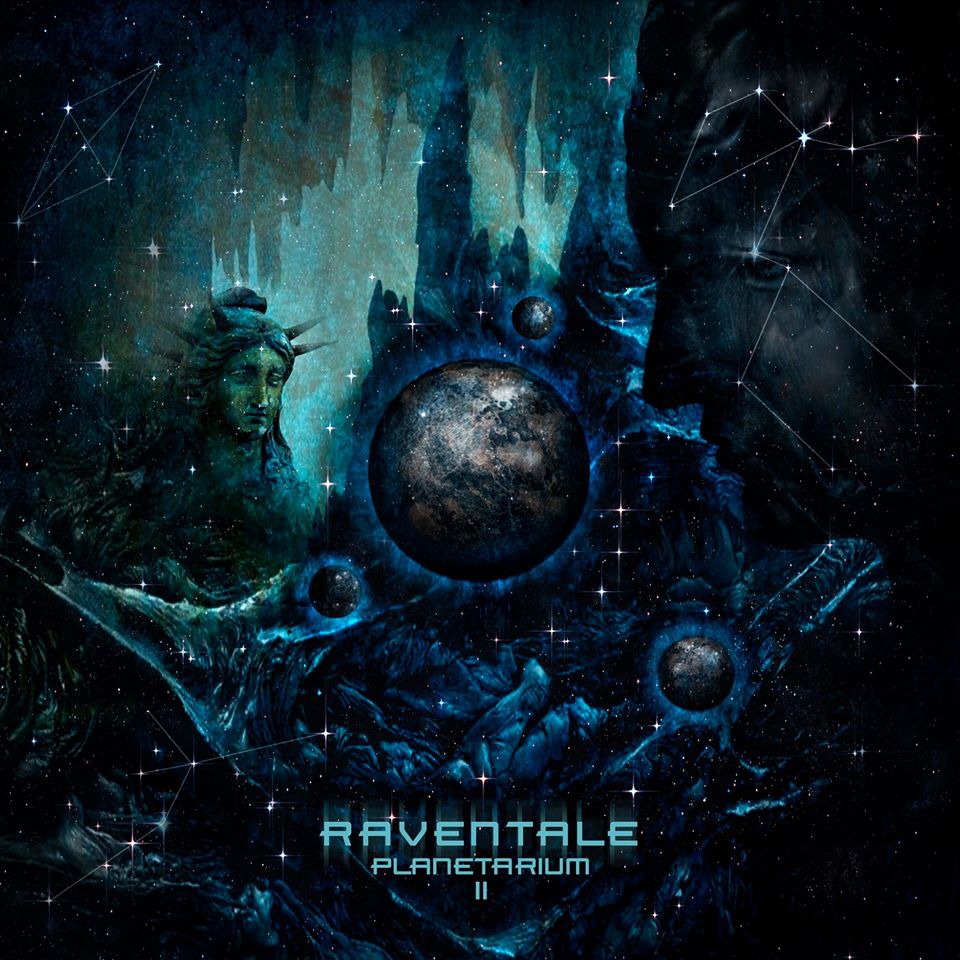 I’ll be honest: I had not yet had the opportunity, for one reason or another, to hear anything about the Raventale project of the Ukrainian Astaroth Merc, nor did I remember ever having listened to any band in which he had played. Yet I was wrong, since, reading the line-up, I immediately noticed that he played the guitar on the Black Serpent Rising album by Balfor: a fine work of Black Melodic Metal with inspired riffs that I listened not a few times at the time of its release, a few years ago. I, therefore, started biased, obviously in a positive sense, about listening to this Planetarium II (twelfth full-length of this project, decidedly prolific since its birth), given the skill of its composer demonstrated on that masterpiece precisely that was Black Serpent Rising.

The main theme of the album treated here immediately comes to think of both the cosmos, given the cover (by Olga Kann) and future scenarios of humanity: such themes have already been dealt with by many other artists of the genre but, frankly, rarely I happened to have been enraptured by their albums as well as this one. Here we have 8 tracks in which Astaroth Merc demonstrates notable and technically high-level compositional skills, managing to create spatial, cosmic scenarios, to catapult the listener into distant galaxies, thanks to inspired guitar and keyboard parts that match perfectly. 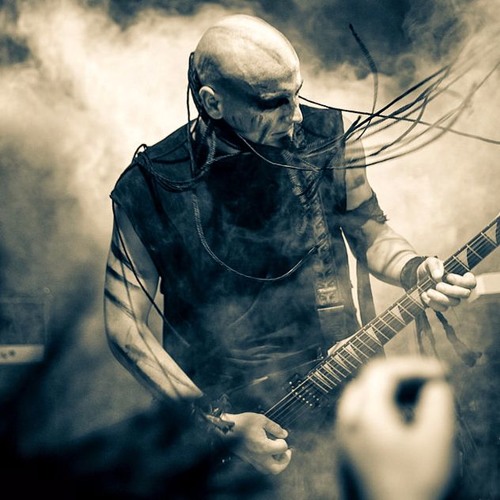 The melodic intro “Sheen Of Urania” and the subsequent “Extra Terrestrial Arcana” speak clearly: the latter is melodic and cadenced, with guitar parts that remind me of Windir, with an evocative keyboard break and an arpeggio accompanied by a robotic voice. The vocals, throughout the album, are dynamic and alternate scream parts with growl parts, sometimes superimposed, fully succeeding in the attempt to create a cosmic atmosphere that projects us into other worlds, far away, in space. “Drinking Sulfur, Devouring The Sun” is one of my favorite songs: the epic part, still remembering bands like Windir, then comes an atmospheric arpeggio with a keyboard in the background that makes it all solemn, and then gives way to a rugged and riding riff that hang up at the first riff of the song. Engaging heavy metal style headbanging riff that flows into upbeat drum time. The atmospheric beginning of “Route To Andromeda” seems to refer to the sounds of compatriots Drudkh, but with more futuristic sounds, giving a good idea of ​​the concept of the work. Guitars and keyboards fit together well to form a spatial scenario that flows into the dramatic. Drama that for me sees its climax in “The Moon In The Seventh House” which again creates a spatial and futuristic scenario composed of guitar melodies with background sounds that seem to come from remote cosmoses. A female voice comes from distant galaxies which make the song particularly dramatic, making it one of the masterpieces of the album along with the previous one. It seems to embark on a journey into the cosmos. In the end, the guitar engages in a touching melancholic doom melody. “Let the fire burn!” is the poignant and atmospheric work on which Planetarium II is based continues with mighty rhythm guitars in palm muting and a dreamy melody that catapults the listener into a parallel dimension. The next “Earth (Alpha & Omega)” is the liveliest and one of the most epic songs on the album with its pounding drums, thrilling vocals and keyboards worthy of the best symphonic black metal. It is in general, the least dramatic episode, indeed almost “cheerful” in its gait until a guitar enters that weaves a melancholic melody and then makes way for an atmospheric arpeggio that takes up the classic sounds of the album: between the cosmic and the dramatic, to then resume with the most epic part of the song. The concluding “A Temple of My Choice” begins in a typical Doom way and gives way to a short Melodic Death parenthesis and a part that reminds me of Dimmu Borgir’s sonorities, before returning to the gloomy cosmic Doom part.

When I arrived at the end of the work, I immediately wanted to listen to it again: Planetarium II is a true masterpiece and demonstrates the compositional excellence of Astaroth Merc, of which I will go to listen to the works in which he played, first on all the previous ones from Raventale. I have rarely been enraptured on my first listen to albums with such sounds, which I recommend to all listeners of the most atmospheric black metal. May Raventale again lead us to future visions and distant galaxies. If you missed this album, released last year, absolutely recover it.

Review: The Infernal Sea – Negotium Crucis
Rick Eaglestone May 18, 2021
This Is Black Metal ©All rights reserved.