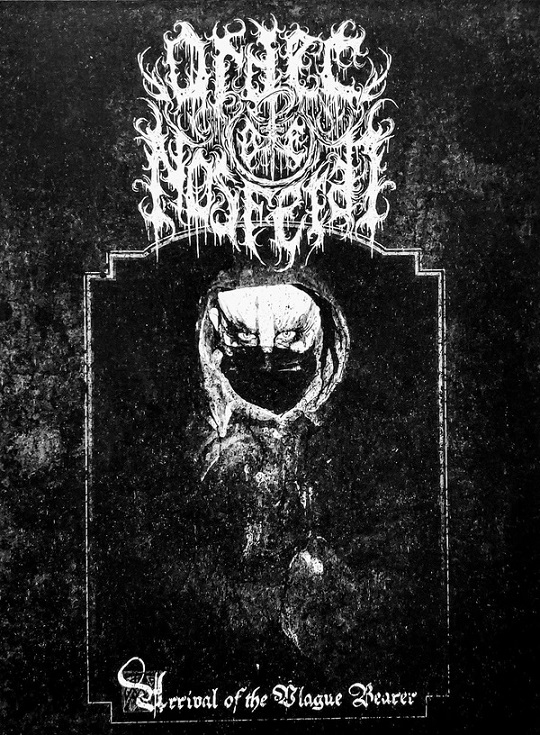 Order of Nosferat – Arrival of the Plague Bearer

Reviews of albums like that are the hardest for me to write. Difficult because, since this is the type of Black Metal that I have a preference for and that I listen to every day, the risk of letting myself be influenced by my personal tastes is always there, every time I press play on the stereo. I will therefore try to be as objective as possible and recommend this album to a close circle of listeners.

But let’s go in order … We are dealing here with the second album of the Finnish/German combo Order Of Nosferat, released in the same year as the previous Necuratul, a few months after the aforementioned, from which stylistically it does not move one iota as regards the Black Metal songs, both in terms of composition and sound in general. Arrival Of The Plague Bearer is an album that I deduce was composed in parallel to the previous one, that the songs were composed in the same period. 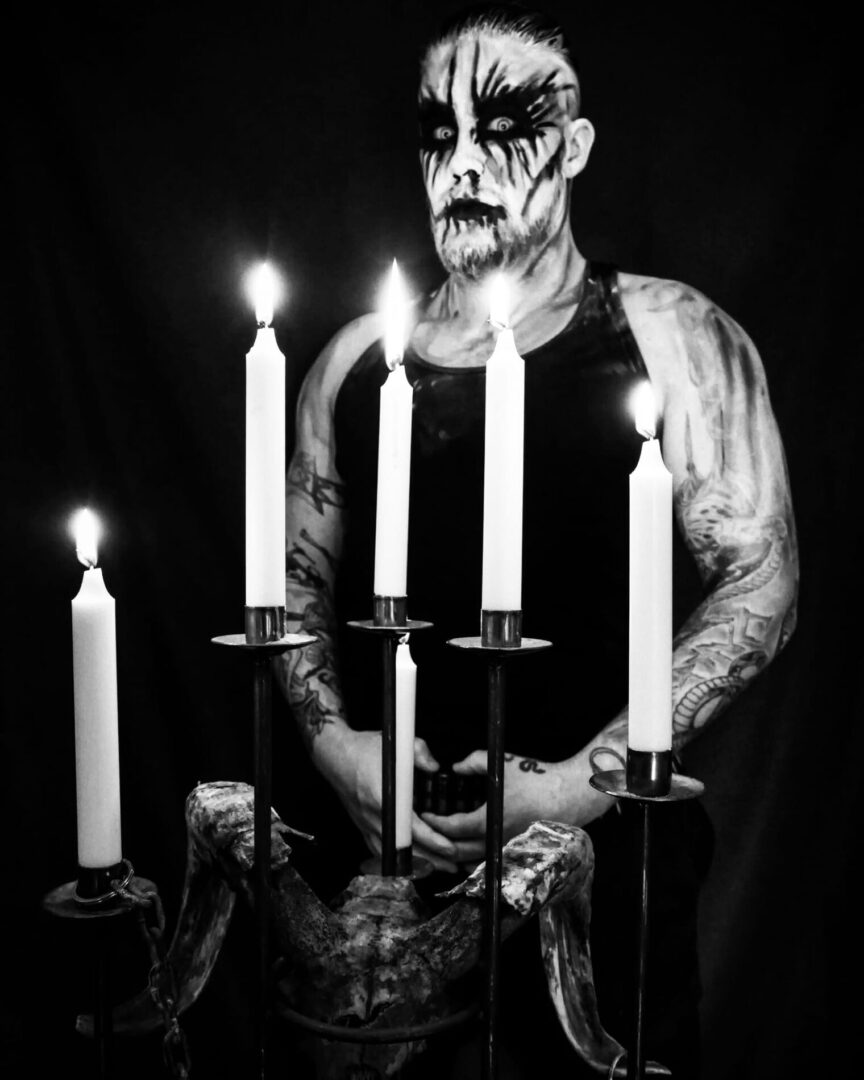 In short, a real Necuratul part 2, in which the theme of vampirism is resumed, can only be the main theme for a band with such a name. And it is with the title track that Order Of Nosferat introduce us for the second time into their world where bloodthirst reigns: the synth introduces the organ intro that creates the right mood for an album of this genre, that explodes in a blast-beat surmounted by a sharp and raw riffing, of the Finnish Black Metal school as both this project and the others in which the members are involved have always delighted us.

It is in fact impossible not to make comparisons with bands such as Sarkrista, Slagmark and Sarastus, in particular the first two, in which the singer is involved. The songs are very similar to these older projects: vulgarly speaking it has always been natural for me to call Order Of Nosferat “Sarkrista with keyboards”, which I immediately heard from the first listening to the first album. And it is precisely the keyboards that give the vampiric sound that Arrival Of The Plague Bearer is impregnated with as regards all ten songs, including five instrumental dungeon synth style, which let us breathe between a Black Metal song and another: pleasant solution also adopted on Necuratul. Personally, I found these instrumentals more inspired as well as “progressive”, if the term is allowed: note of merit that undoubtedly raises the rating of the album.

Among all the songs, “Fear The Unchained Ghoul” cannot but stand out, which we already heard some time ago having been used as a promotional single: really wonderful for those who like myself do not look for stylistic variations in specific sounds from which they have been captured. The episode that I liked the most, however, was the dramatic “Beyond Pitch Black Woodlands”, moving and evocative.

An album that I recommend listening to by reading the lyrics to get even deeper into Order Of Nosferat’s devotion to vampirism. As I said at the beginning, I recommend Arrival Of The Plague Bearer exclusively to die-hard fans of the aforementioned bands, since everyone else would find it monotonous and static. Having come to the conclusion, I feel like giving no more than 7.5 to an album to which I would have given more than 8 (rating raised thanks to the instrumental tracks, as I said, a really nice step forward compared to those of the previous album) as I like a lot, but I try to do my job as a reviewer. May you also feel this creature’s thirst for blood. If not, move on.