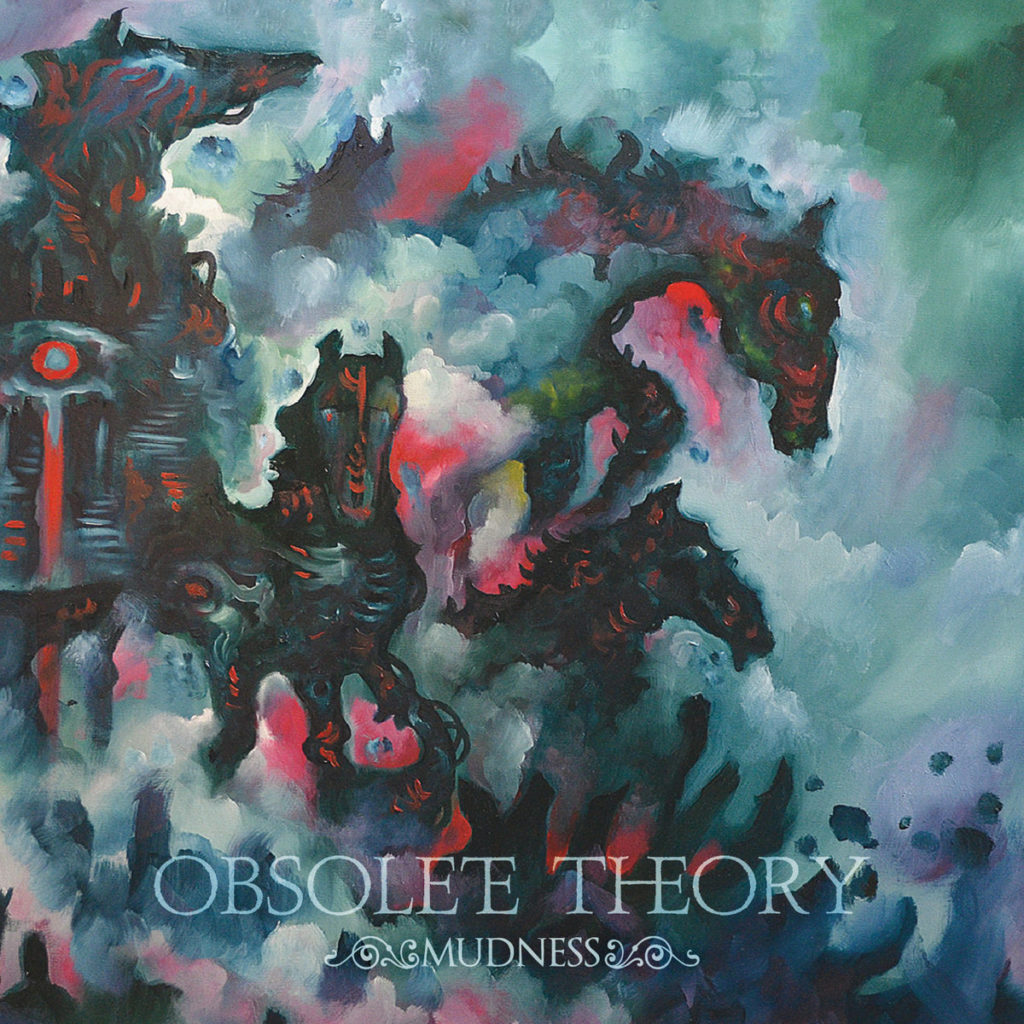 If you’re looking for mind bending, balls out, head mashing Black Metal then Italy’s Obsolete Theory are most certainly not the place to look. If you’re after a decent piece of Doom-laden Epic Heavy-as-fuck quality Metal, then you’re nearer the mark here. Echoing the earlier days of Italian gods Novembre, Obsolete Theory have produced slow burning, beautifully arranged melancholic masterpieces and gathered them together on to this fine album.

There isn’t one song here that’s sub 8 minutes and for a band like this, it’s a good thing. Each track is given the time and space to grow, to develop and breathe, taking on a dark life of its own. There are progressive elements throughout the record, the listener being taken on several journeys in each of the five tracks, the wonderful “Six Horses of Death” being a point in case. Daevil’s vocals are versatile enough to cope with the changes in mood, the guttural death grunts alternating with vampiric whispers and rattling Black Metal howls. Its an accomplished performance from this point of view.

Musically this record is very well put together and produced to a fine level. The tracks are constructed with care and attention to detail. There is enough variety to stave off any boredom that can creep in with other albums in this genre. The atmospherics are worthy of special mention. The album is virtually free from keyboards, with the band mostly relying on well-crafted use of guitars and effect pedals to achieve the desired atmospheres of dread. And they can tick that box with a seriously permanent marker. No synthesised preset angels’ choirs here, and they’re not required – the vocals and some clever arrangements and production are all that is required.

Don’t go thinking this album is another early My Dying Bride rip off either. It can crush skulls and be a very dangerous animal when it chooses to, Dawn Chant being a point in case. This track has the ability to lull you into a trance like state for about two thirds of its length. The final third hits you like an express train and clatters along at a serious rate of knots. And all the while it manages to hold together some really beautiful tunes – a particularly good quality about the album as a whole. The tunes really are first class.

To sum up, this is an album that’s very much worthy of investigation – it’s not a Black Metal album and leather/spikes wearing all-out fiends will probably want to give it a swerve. But if you like your metal with some intelligence, some good song writing and some well thought out variance, then you can do a lot worse than this.

Review: Ov Shadows – The Darkness Between The Stars
Lord Ixion September 26, 2018
This Is Black Metal ©All rights reserved.