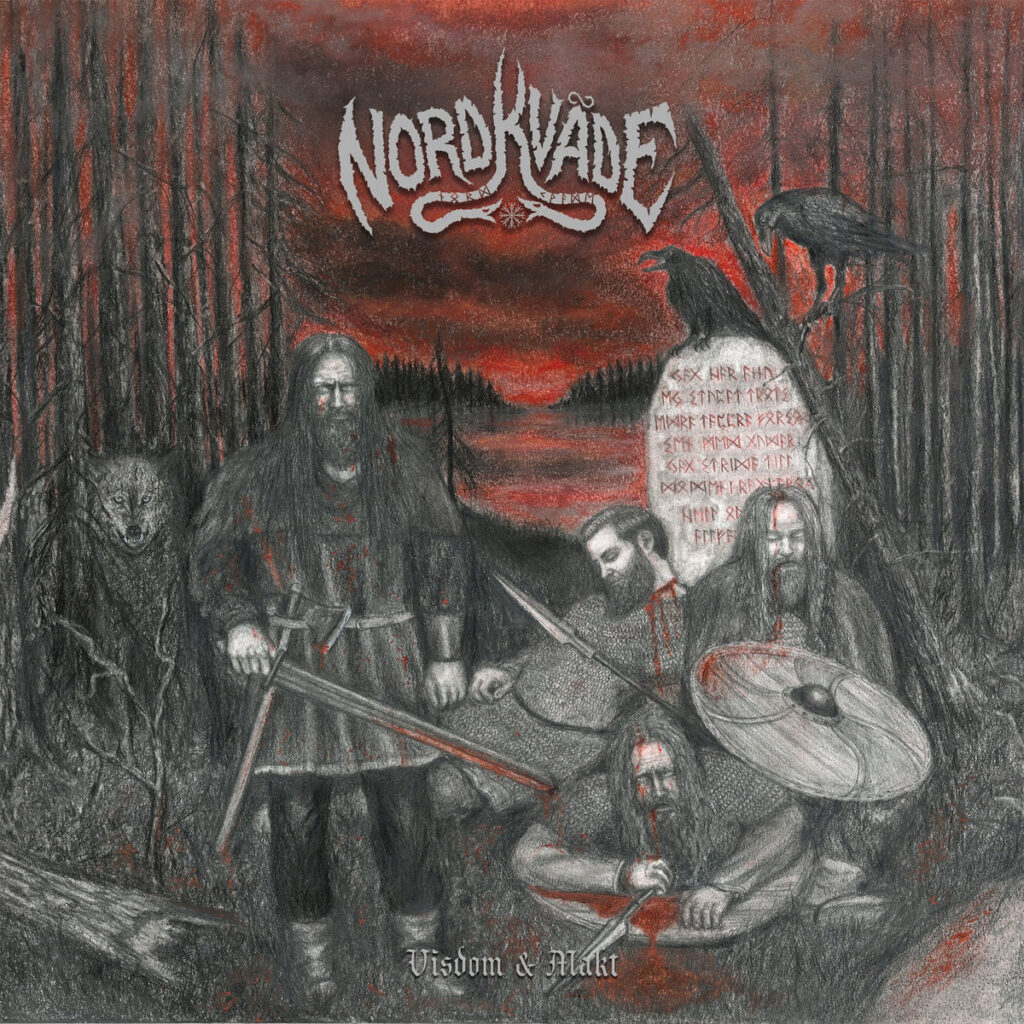 Stemming out of Sweden we have a band called Nordkväde, bringing along all the good elements their country has to offer. They play a kind of old school Viking Black Metal with Nordic elements and they made their debut with “Visdom & Makt” in 2019.

As I mentioned above this album is exactly that, a presentation of straightforward old school Black Metal. The guitars are the main point in this album creating different atmospheres of fury, intensity and gloriousness through their melodies. The drums and basslines complement very well the guitar riffs with a rock n roll approach while the vocal performance is on point. Lyrically they draw inspiration from pagan mythology, embodying their history through their music, while the cover art is a hand drawn image of Viking era battle aftermath. 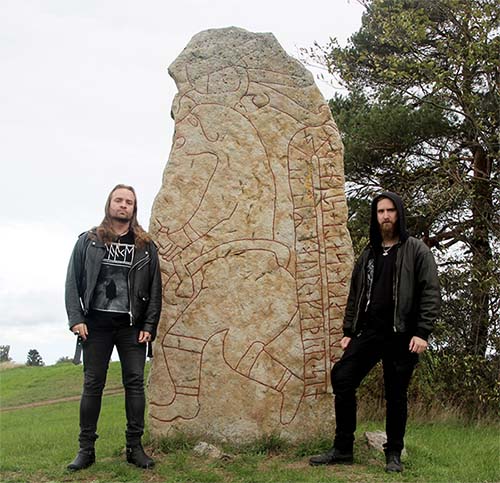 Starting off, “Kyla”, introduces us to this journey with classic Scandinavian Black Metal riffs, creating a menacing aura, blast beats and a firm bass line as a conclusion. “Eldregn” comes in attack mode preparing us for the battle that the rest of this album is. Sharp riffs fill the song with Nordic melodies while the lyrics add an antichristian attitude. “Runor ska ristas (Igen)” has a 90’s aura, catchy melodies with a constant blast beat and strong harsh vocals to unleash the revenge on the Christian world. “Vandringsfärd” creates a glorious atmosphere, having the best vocal performance of all the tracks, with the bass lines blending very well with the guitar riffs.

“Allfader” is a mid-tempo track that pays homage to the all-father Odin with its glorious vocals. The guitars build up a powerful atmosphere while towards the end it becomes more epic with the combination of clean and harsh vocals. Kampfar influences are present in the Black n’ Roll track “Troll” which raises the intensity, telling a story of Troll fights and dark forests. “Höstens dimma” begins with harp sounds and follows to the same energy as the previous one. The use of harp enhances the Nordic element, adding a kind of ambience, before concluding with some chant-like vocals. “Ljuset” is an instrumental track that serves as a short atmospheric interlude to prepare the listener for the final track. “När ljuset brunnit ut” makes for an epic conclusion of a journey drenched in uplifting melodies towards Valhalla and the set of new future goals.

Although this album doesn’t bring anything new to the table it is great for those who like Viking Black Metal and the old school fans. They have a clean production that enables the melodies to take over the entire album and every song is a very solid composition. From start to bottom it resembles the life of a valiant warrior who fights his way towards regaining the dignity of his forebears, having insightful moments to find himself before achieving his purpose, but never settling without establishing a higher goal for himself to reach. As a downside, I would only note that it gets a bit monotonous from time to time and a bit too simplistic.

Nordkväde has managed to place a solid stepping-stone for the beginning of their musical journey, to establish their own identity, and I’m very interested to see where their next album takes them.