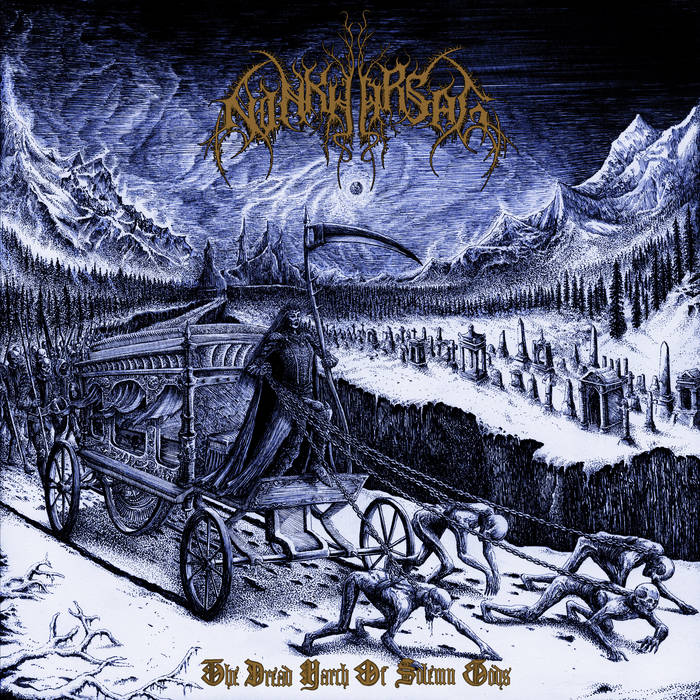 The frostbitten feeling is immediately apparent with the album’s instrumental introduction “Night Wrath” which is followed up by the blistering title track “The Dread March of Solemn Gods”.

The ferocity continues with “Under the Dead of Night” into my personal highlight of the album “Lunar Hex; or the Art of Mighty Lycanthropy”, the dark and brooding undercurrent of “The Necromanteion” thunders into the first single released from the album “Discipline Through Black Sorcery”. 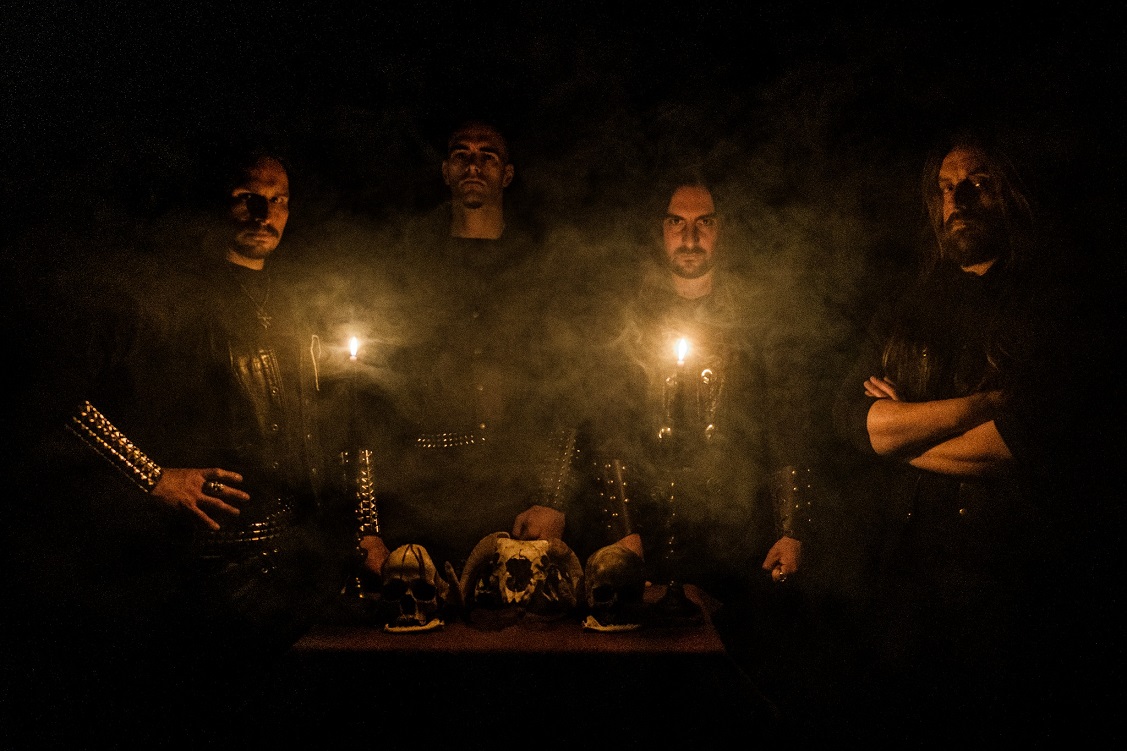 For me the most throwback-sounding track of the entire album has to be “The Tower of Perpetual Twilight” and it encapsulates the overall feel of the album amazingly, “Spectres of the Ancient World” lyrically is phenomenal, and the standard version of the album closes with the savage “Strigoi Diabolicum”

The Bonus track of the album “The Lord of Death and Midnight” is great and did make me wish it had been included on all versions.

It is a huge album full of wild, rousing anthems, massive, hook-laden riffs and a sombre, nocturnal beauty and is the perfect tincture of Black and Heavy Metal.

“The Dread March of Solemn Gods” was recorded and produced in 2019 at Foel Studios under the helm of Chris Fielding (Conan, Winterfylleth, Primordial)

Tracklist: 01. Night Wrath 02. The Dread March of Solemn Gods 03. Under the Dead of Night 04. Lunar Hex; or the Art of Mighty Lycanthropy 05. The Necromanteion 06. Discipline Through Black Sorcery 07. The Tower of Perpetual Twilight 08. Spectres of the Ancient World 09. StrigoiDiabolicum 10. The Lord of Death and Midnight ( Digipack CD Bonus Track )