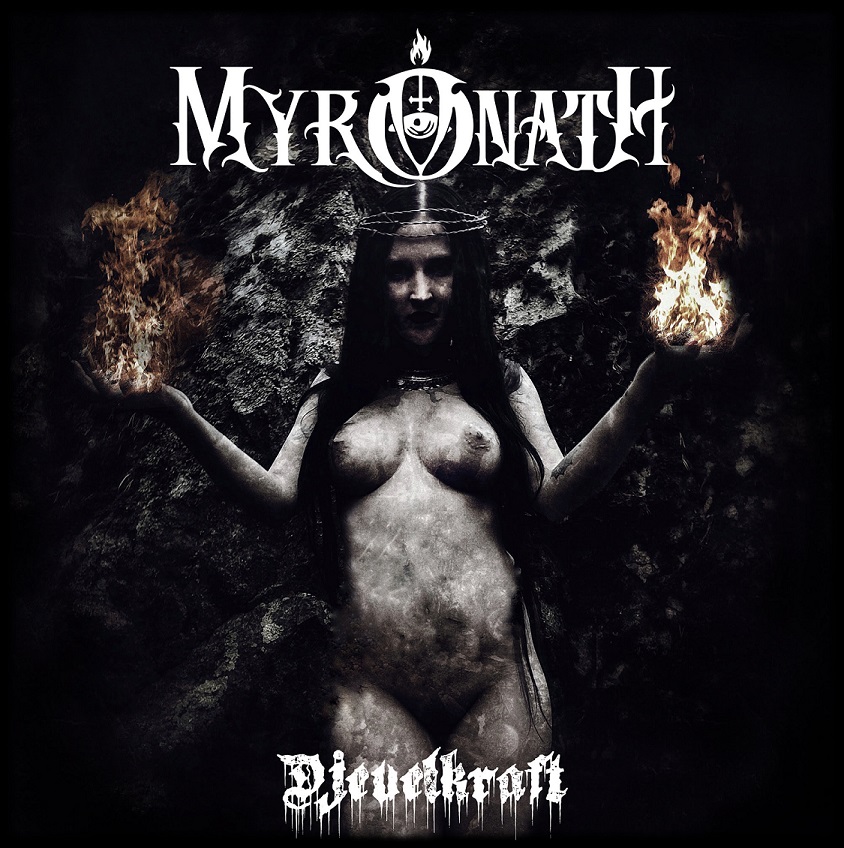 Black/Death Metal is a tricky genre, as the label in itself can express some very different stuff. Are you more of the bestial type of bands like Blasphemy and Hexen Holocaust, or do you prefer the more melodic style of Dissection or Sacramentum? Myronath are firmly in the last camp, and there is some very affirmative action in their second album Djevelkraft. The band displays a fine mastery of the style, full of NWOBHM-inspired melodic solos and hooks aplenty.

Take the opener “Evil Unchained”: this is a track that starts slowly before exploding in your face, full of anger and darkness. The shadow of Watain looms over such a song, but Myronath never sounds like a pale copy: the mid-section with the Latin ritual chanting is a clever trick and one that is mastered to perfection. It is not only Evil that is unchained here, but something even more primal and Myronath drive around those fetid waters with mastery. 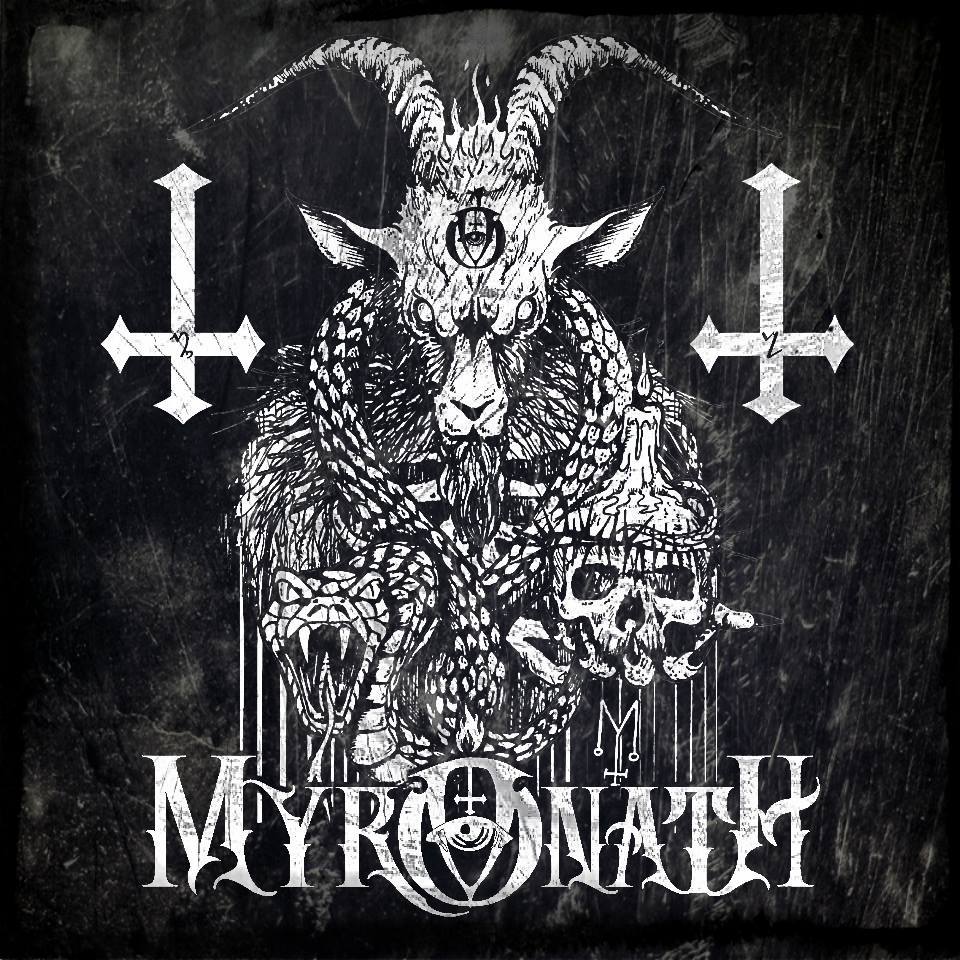 But Myronath are not a one-trick pony. For example, “She Who Dwells In Flames” shows the band trying their luck at playing some ominous and more slow style, akin to the best of what Lord Belial did. And frankly, they manage to top them here. And they manage to place some slow parts that help the listener not get lost in the fury, like on “Radix Diaboli” or “To Walk The Paths Of The Dead” (my personal favorite on the record). As with many Swedish bands, the sound here is polished and direct, without never sounding sterile: this is the perfect product for the style, as it manages to bring forth the violence without never hiding the melody. This is not unlike what Dark Funeral was doing in their early days, a sound to which they came back with their last album and to which I am quite addicted when it comes to Swedish Black Metal.

The songwriting is coherent, the interpretation flawless and the dark occult atmosphere perfectly rendered. This is diabolic Black Metal by musicians who believe in their Art, in what it means outside of simply the music and who are competent enough to draw you into their Circle. The only real problem I have with this album is that it could be better. I don’t expect every band to have the level of songwriting of Necrophobic or Dissection, but I’m pretty sure that Myronath could reach this level with a bit more work.

Djevelkraft is a very competent slab of melodic Black/Death the Swedish way, one with enough hooks and aggressiveness to make you both bang wildly your head and thrust your spirit into a  dark abyss. I am confident in the fact that we have here in Myronath one of those bands that could become big in the future. I expect them to prove me right and will monitor closely what they will do next.