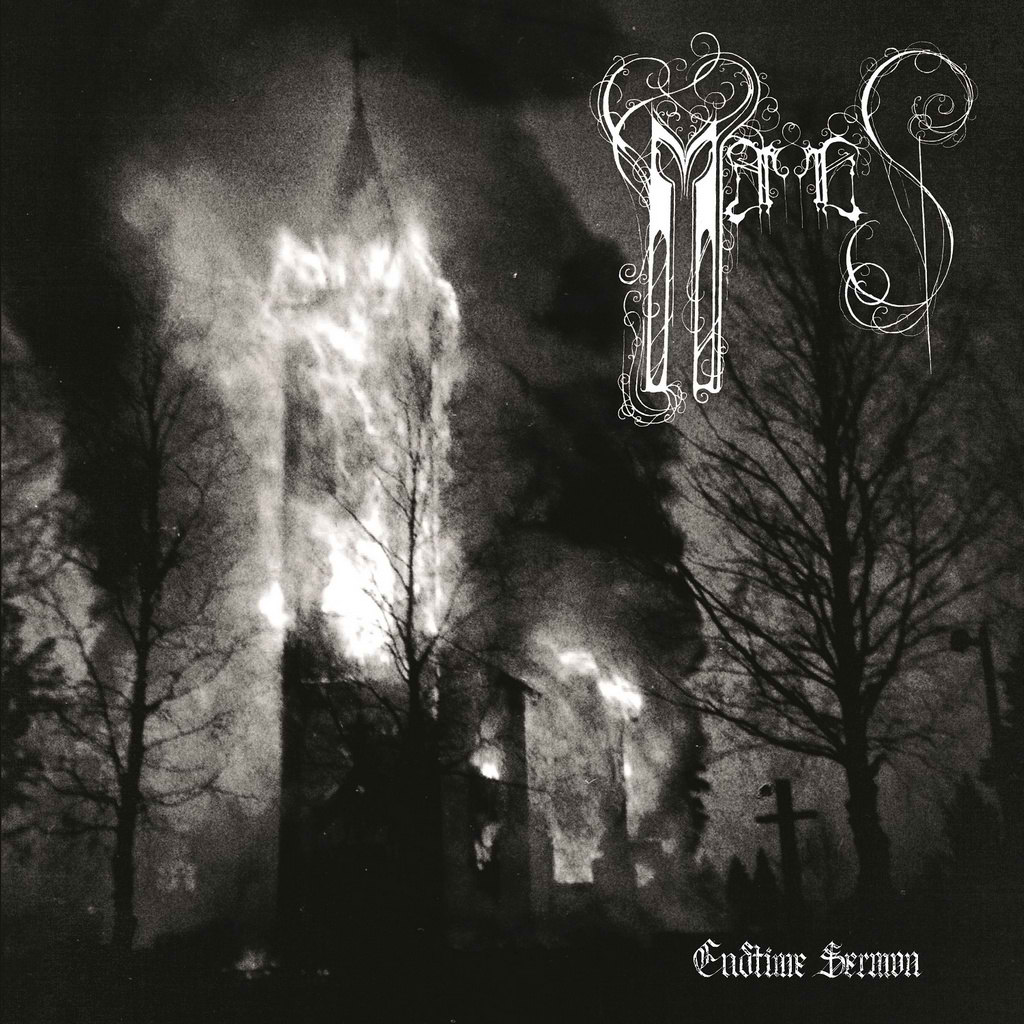 Where Light Comes To Die, the first album from Marras released in 2019, was an interesting slice of Melodic Black Metal the Finnish way (think a mix between Förgjord, Alghazanth and early Thy Serpent) but fell short on actually leaving a long-lasting mark on me. This was exactly the kind of well-done album that could have been released by a shitload of other bands and, while I did enjoy it for what it was, I simply could not say that I remember a lot of it 2 years after.

That won’t be the case with Endtime Sermon, as everything here has been upped to eleven and with significant differences. Of course, like most Finnish bands, Marras is another vessel for musicians more known for their works in other bands to express themselves in different ways. You’ll find here V-Khaoz (whose works with Druadan Forest, Vargrav or Embryonic Slumber among many, many others, should need no introduction), H (better known for howling his hatred with Nekrokrist SS), Valgrinder (bass player for Förgjord and Njafrar) and Vilthor (most notably drummer for Mimorum and Prospective Reign). 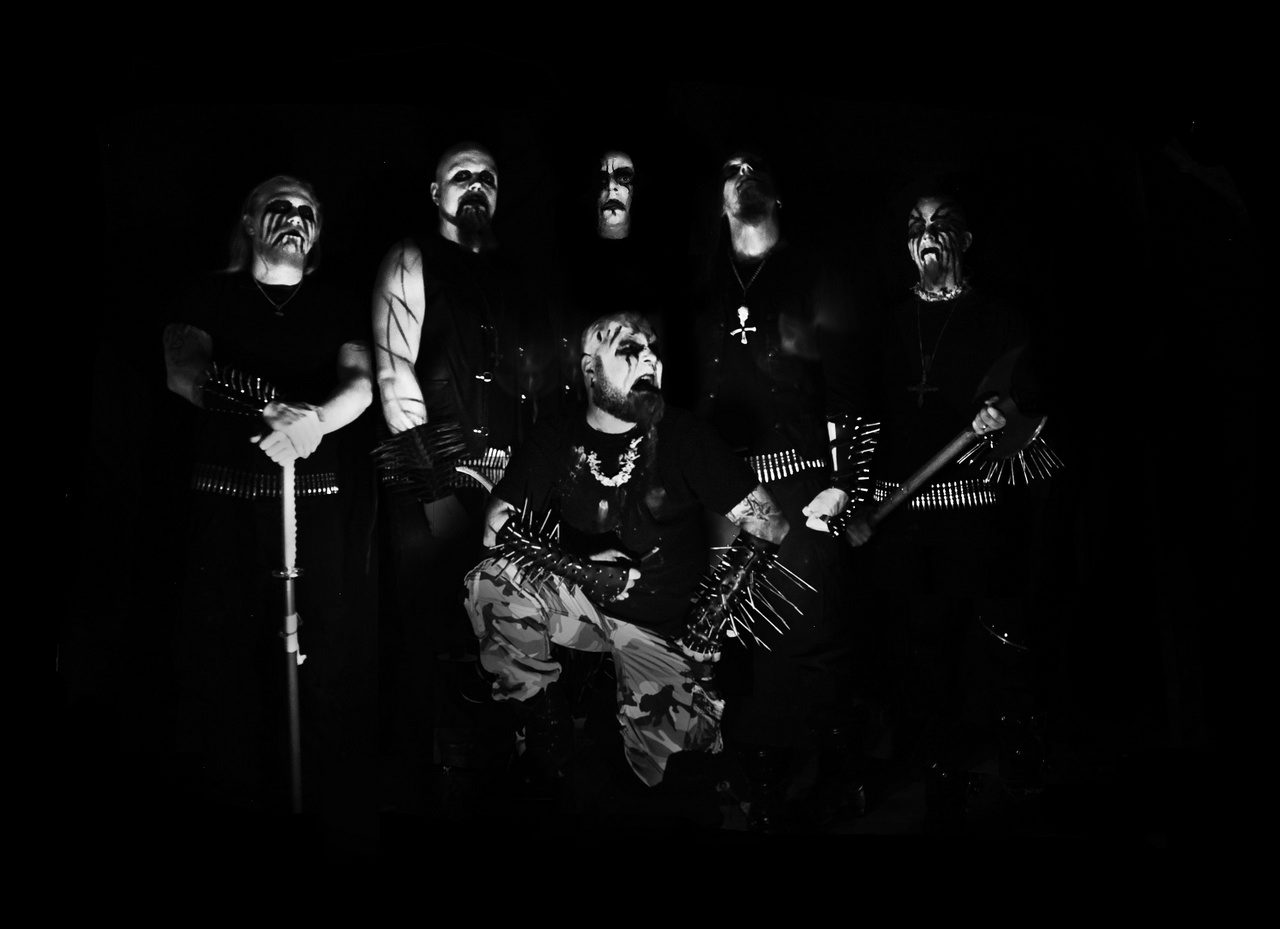 Right with the opening track “Shadows Upon The Sacred Land”, we’re blasted by icy winds as an intro, that turn into creepy organs before escalating into freezing riffs that are a fine mix between Horna and Korgonthurus. This is one perfect opener, both simple and efficient, that immediately immerse you in the universe of the band, and a perfect complement for the picture serving as the artwork for the record. Then we’re introduced to one of the 4 “Prophecy” tracks, interludium that are designed to serve as introductions to songs that each represents an aspect of the band’s music here.

The trilogy of “Endtime Sermon”, “From The Last Battleground” and “Gathered To Rule” are tracks designed to gives you feelings of revenge and warlust. Those are the brutal anthems, destined to gather the hordes in the pit and boil their blood before marching on the local church. “My Cold Grave” is a slower track, nearly meditative in its execution, with many smooth parts: it is designed to let your spirit rest, to have your mind roam into the dark deathlands that are Marras kingdom. Then “As Nights Get Darker” is an explosion of blizzard-like violence, powerful and unbridled, something old and primal yet with a nocturnal and forest-like atmosphere: this is the kind of songs to which the wolves of Satan track and slay their fearful preys, and vocalist H is clearly shining here by delivering some very venom-fused spiteful vocals. Lastly, the record close on the epic 8 minutes of “From The Soot Of Goathi”, a pagan-influenced track whose riffs sound like coming out from an old Dissection rehearsal tape.

Comparing Marras to Dissection could seem pretentious, but I got the same feeling by listening to this record that when I’ve listened to The Somberlain when it was released: something majestic, something ancient, a symphony for the Night and against the Light, a spit of cold hatred in the eye of the Messiah. A lot of praises must be sung for the great work of guitar player Obscurus, who manages to always surprise us along with each song with some fresh ideas that are still firmly rooted in Black Metal.  Despite what one could think by listening just once at this release, each song avoids the pitfall of generic Black Metal by presenting many variations between each track. And the more you listen to it, the more you discover new stuff. This is one of those records which gets better with each new listening session.

With Endtime Sermon, Marras has finally managed to find its own voice among their local scene by releasing here a sophomore album worthy of your attention.

Interview: Deathcult
Franco A. June 27, 2021
This Is Black Metal ©All rights reserved.