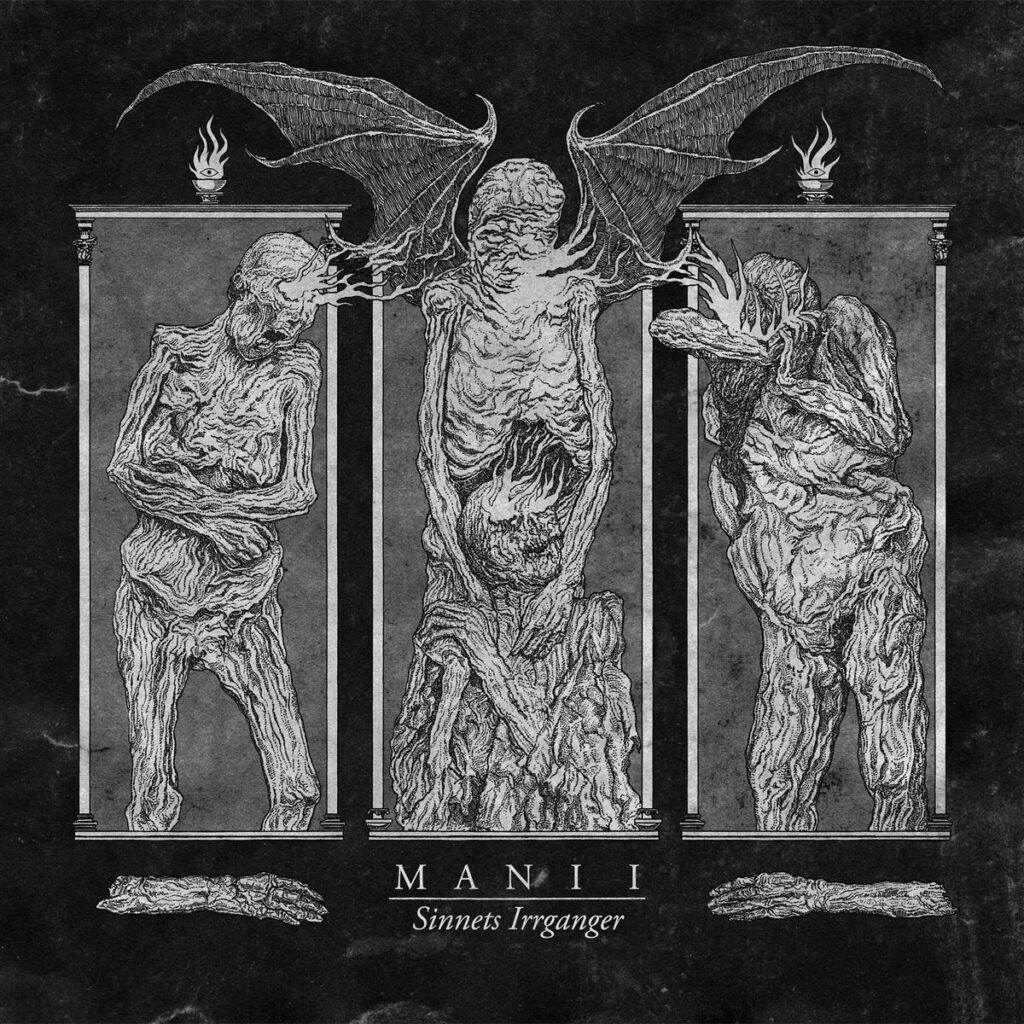 I think that Manes never got the attention they deserved. As it concerns me, I consider them one of the most important bands of the Black Metal sound, as they have established with their 3 demos back in 1993-95 and with their 1999 full length, which contained songs from 1990-94, the Doom/Depressive/eerie subgenre and in general they added a lot into Black Metal riffing.

After the 1999 full length, they changed musical direction, as Cernunnus, Manes mastermind, evolved them into a Jazz Avant-garde band, having nothing to do with Metal. But in 2013 he reformed the Black Metal aspect of Manes under the Manii name, along with vocalist Sargatanas and released Kollaps album. So, to understand better, Manes are following the non Metal path, and Manii the Black Metal one.

Sinnets Irrganger is the second album and the first one without programmed drums, as on the drum kit sits Bornyhake of Borgne fame among others. His drumming has an industrial feeling, so it’s totally merged with the previous tradition.

If you hear their first demos or albums, you will see what band influenced Xasthur or Shining until the III album. All the riffs are true masterpieces! Tremolo and arpeggio picking techniques, alternated, that create an eerie, dark and cold outcome.

Unfortunately, this is their weakest to date work. I mean if you have heard the previous works, you wouldn’t be impressed by this one. Riffing is more standard without any surprises, more Heavy Metal could someone say. Also, while they always have used keyboards, this time they seem to play a more vital role in their compositions.  And finally the small length of this album, just less than 30min, tells me that they could expand some songs more.

If someone’s first taste is this album, would certainly find it great, but comparing it with their previous works, I think that it’s their most mediocre one.