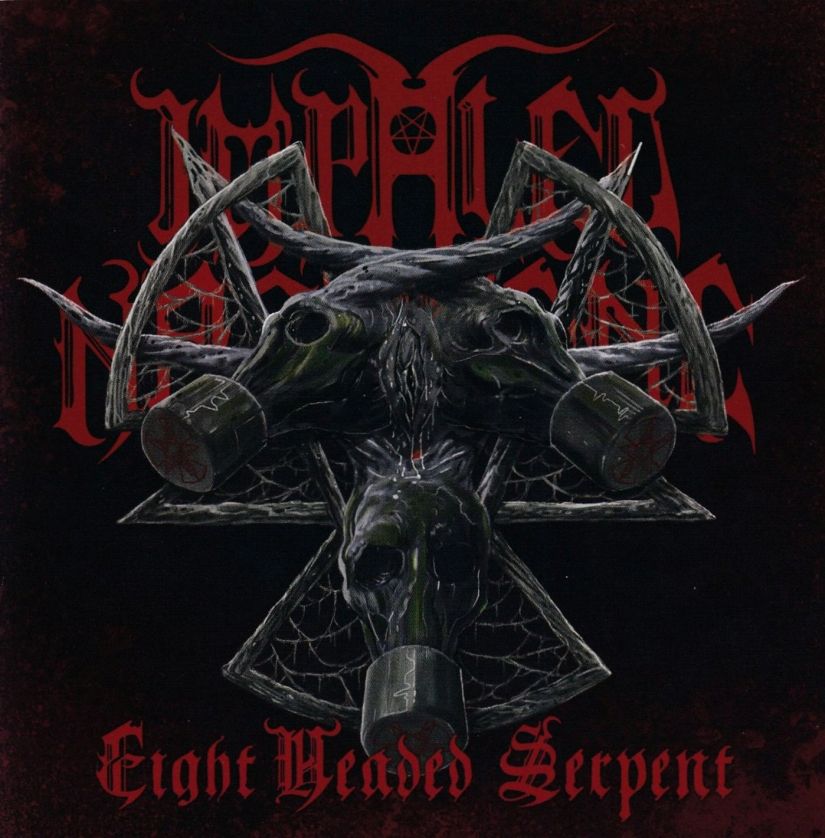 I lost most of my interest in Impaled Nazarene after the release of Nihil in 2000, a record that I still think is one of the finest offerings from the Finns. It’s not that what they’ve released after that is bad in any way, it is just that most of their records in the past 20 years have just been mostly a sloppy rehashing of their old flames, with sometimes a bit of the old fire still burning in those ambers (Road To Octagon has been a very pleasant surprise and their best release during those two last decades).

So I wasn’t expecting anything special from Eight-Headed Serpent, and ended up taking a massive and well-deserved kick in the balls that will assure that I won’t be able to reproduce myself for the next two months at least. Clocking at roughly 32 minutes for 13 songs, Eight-Headed Serpent saw Impaled Nazarene going back full circle by delivering an intense slab of (very) Punkish Black Metal. It all starts with the track “Goat Of Mendes”, a nice demonstration of the classic Nuclear Finnish sound with an intense chorus that seems to have been written solely so that the audience could raise their fist in the air while shouting it during the gigs. Before your skull can get better, it is crushed once again by the sick speeding brutality of the title track that reminded me of the Ugra Karma/Latex Cult era of the band. 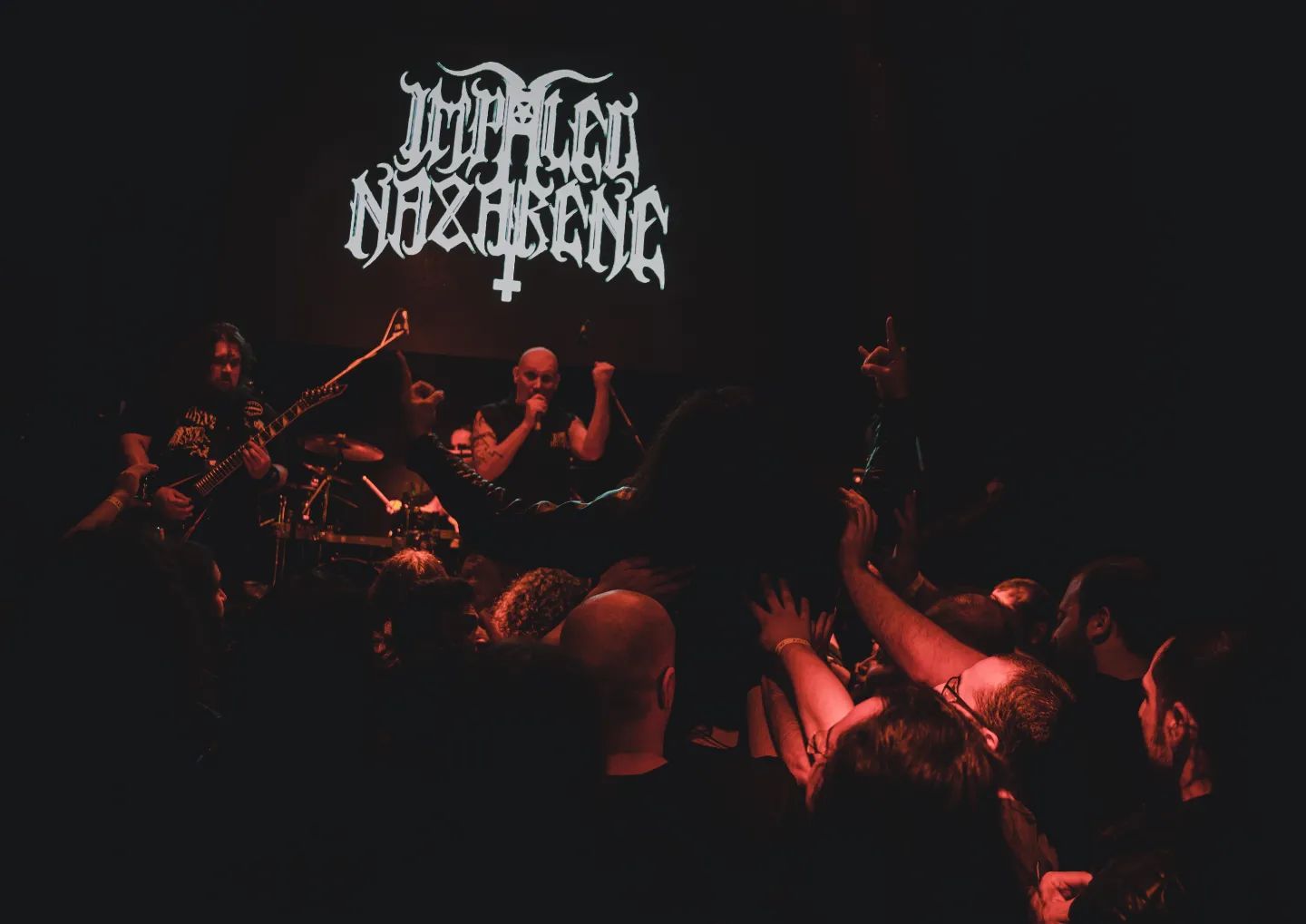 You will run but won’t be able to hide, for the next 10 minutes or so features some of the most brutal tracks the band has written in the last decade: from the crushing impact of “Shock And Awe” to the vicious attack (both musically and lyrically) of the Motörhead-like anthem “The Non-Conformists”, while being curb stomped by “Octagon Order” (together with “Human Cesspool” rank as the two most violent songs on the whole record), this is, just as another band used to say, another lesson in violence.

And a very, very brutal lesson indeed. I don’t know what Mika Luttinen has eaten, or drunk, before recording his vocal parts, but it’s been years since I’ve heard it sound so aggressive, so spiteful, so venomous… He fucking doesn’t like you, and you can damn well hear it here. The rest of the band delivers the good but strikes more viciously than before. As the summer goes on, this is the record that will raise the heat by a few hundred degrees, all the while laughing as you’ll crawl in your sweat.

The Order of the Nuklear Goat is back, and it’s good to see that they still have enough bullets left for a new sonic slaughter. For a 32 years old band, Impaled Nazarene once again put to shame the younger ones and those that would like to throw them out of their throne.