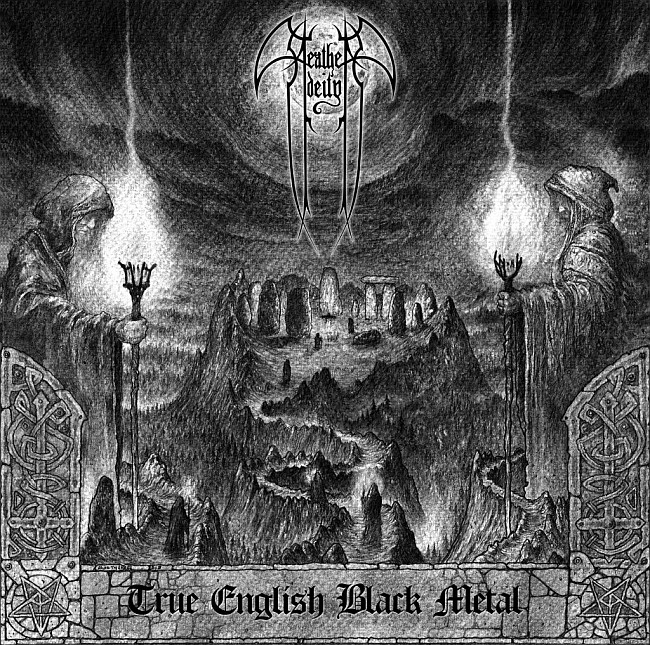 When it comes to PR there are many ways in which you can build anticipation; the more ambitious the approach the more important it is you get your product right. Higher anticipation is exponentially correlative to higher disappointment. It’s like cafes that claim to have the world’s best coffee; anything less than life-changing coffee at that point becomes nothing short of utter failure. So when you combine a twenty-plus year wait with a title like True English Black Metal you’d better be ready to back it up.

It is then, not without a degree of tentative hesitation but ultimately a sense of excitement that I gave this album its first spin recently. It’s not short, worth mentioning that upfront. Albums seem to get shorter and shorter in Black Metal lately. There was a time I’d have considered anything less than about half an hour an EP; yet it seems perfectly acceptable nowadays to turn out a two-track, twenty-four-minute record and call it an album. In many ways that’s more cheeky than taking twenty years to write the thing. This album definitely gives you your money’s worth in that regard, clocking in at over an hour is not necessarily surprising given the period over which it was composed.

Heathen Deity is by no means the first band to spend a career’s worth of time writing an album. It’s important to consider the personal journeys that individuals go through over several decades in terms of their own lives and circumstances. When you couple that with the extent to which the Black Metal scene and indeed the world and its attitudes have changed in that time, it’s easy to forget where you were headed, or why you even set out in the first place. 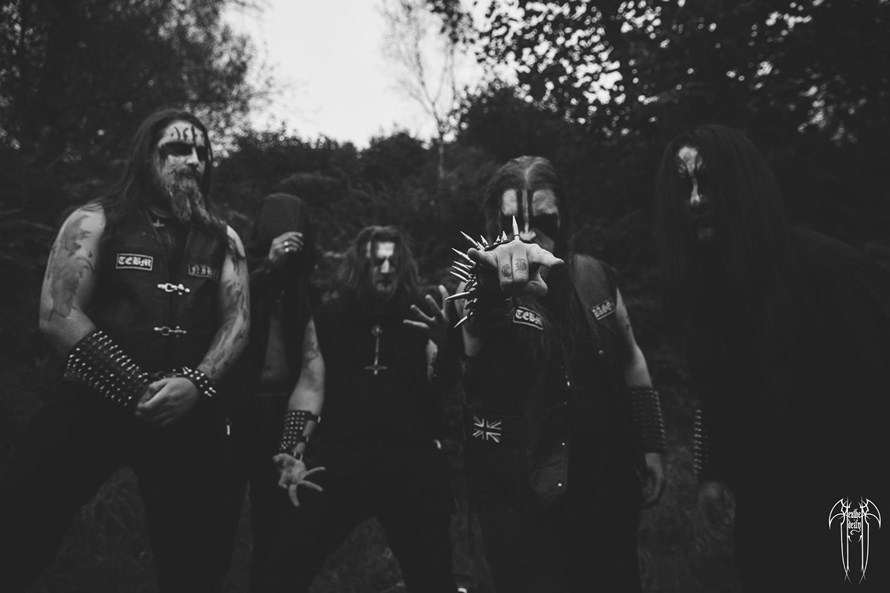 Without any doubt however, True English Black Metal does just that; it stays uncompromisingly true to its purpose and not at any point did I feel like it had lost its way. One cannot say True English Black Metal without invoking images of the Scandinavian ancestral past and that influence is clearly present in the foundations of this record. As I sit here writing this review, Mayhem’s De Mysteriis Dom Sathanas celebrates its 27th birthday and its spirit lives present in True English Black Metal. That said, one of the striking beauties of this album is the diversity of Black Metal expression that makes up its twelve tracks. Whilst unashamedly traditional at its core, the years of its making, the growth of the band and the incremental evolution of the subgenre create a meandering elogy of UKBM. From the primitive First Wave riffs of the title track, the Doom laden melancholy of The Flames of the Gathering Darkness to the distilled Second Wave majesty of Condemned to Conception; this album traces the very best of the genre’s traits and does so with a refinement that is befitting of its title.

The production here is worthy of a mention. Much of what the band has put to tape in the past has had a distinctly raw quality to it; from demos to live tracks and everything in between. The sound here is refined and mature with clarity that allows every aspect of the musicianship to shine through. The tone of that familiar opening riff to Gut the Church has a triumphantly euphoric quality to it that really does this classic song justice. The vocals throughout the entire album are superb. The non-conforming variety in their delivery carries an emotional integrity that connects to the music perfectly and bonds the entire soundscape.

Heathen Deity makes no apologies for their influences, their lyrical themes or indeed their aesthetic. It’s that integrity, that honesty and dedication to the principles of their art that has given True English Black Metal the sincerity to back up the grandeur of its facade.