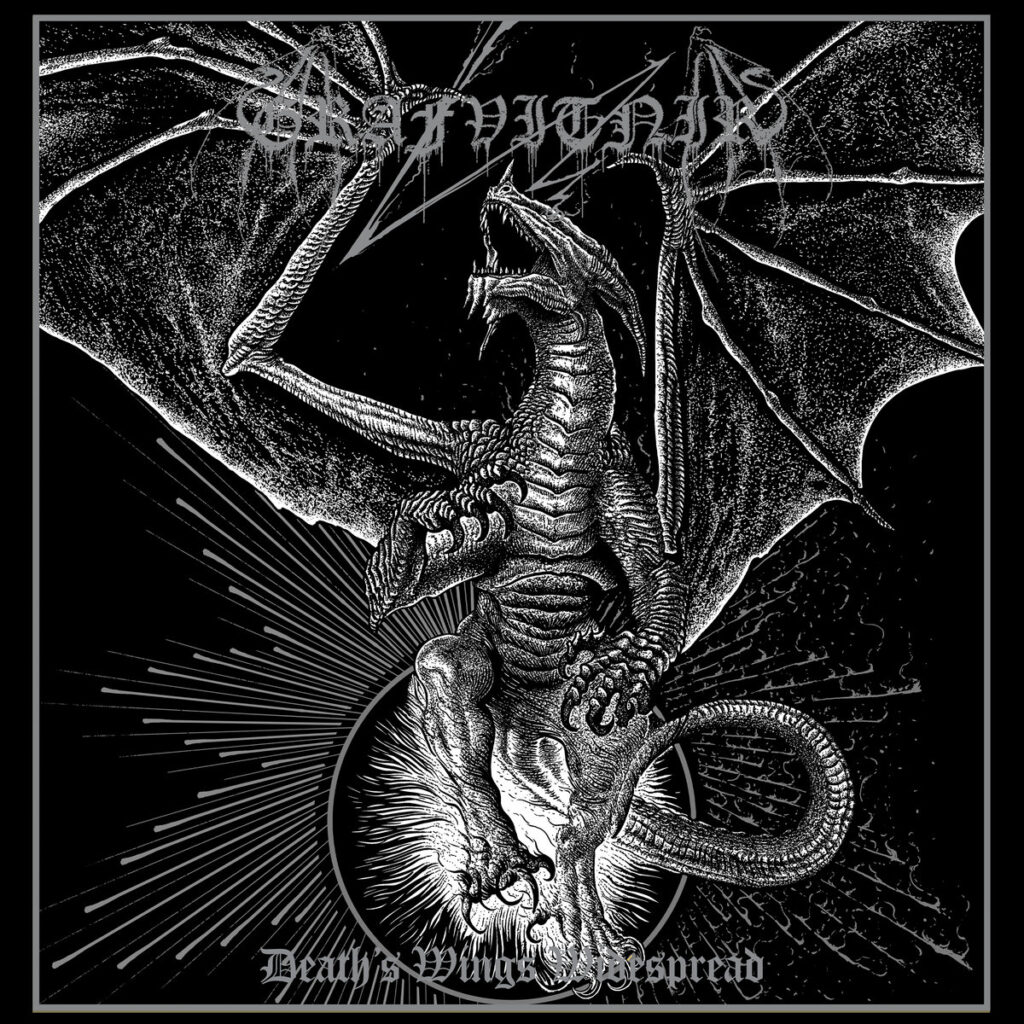 Foreboding soundscapes engulf the very start of the album with the short instrumental piece “Midnattsskogens Isande Lockrop” which erupts into the ferocious  “Helvetesnatt” leaving the listener desperately trying to put out the Luciferian flames lit by the cold, Nordic Occult Black Metal duo.

Title track “Death’s Wings Widespread” has an incredibly swirling riff that runs throughout with an accompanying equally captivating vocal performance. More malevolence comes seeping through for my highlight track of the album “In Infinitum”  both tracks together provide a great snapshot of the theme of the album.

Although the previous track was my highlight I feel that it’s important to also focus on the following “Into The Unknown” if for nothing else the drumming pattern needs to mentioned for its stand-alone sharpness. 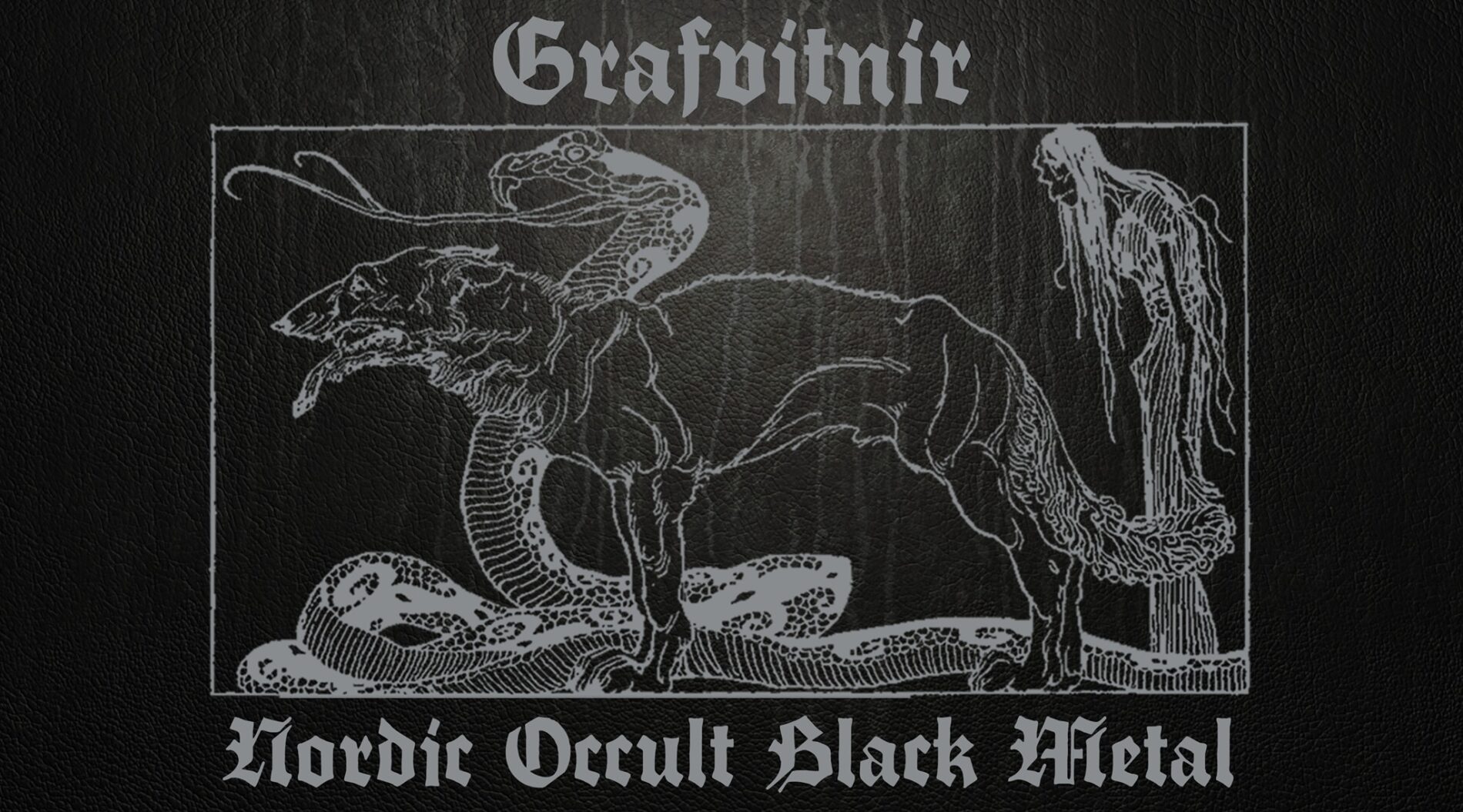 The short acoustic interlude “Det Glimrande Djupets Kall” compliments the unforgiving nature of “Wound In Night’s Flesh” with its cold and icy tones is another strong track, again, something this album does very well indeed in the level of consistency in the running order as no track feels like a filler so “Inner Void” is another great addition.

The album unleashes one last unholy sacrifice full of atmosphere “Wings Of The Night” before one last instrumental offering “I Häxmånens Sken” which is reminiscent of the latter part of Iron Maiden‘s track “The Clairvoyant” closes this particular chapter.

Interview: Anaal Nathrakh
Commodus May 4, 2021
This Is Black Metal ©All rights reserved.