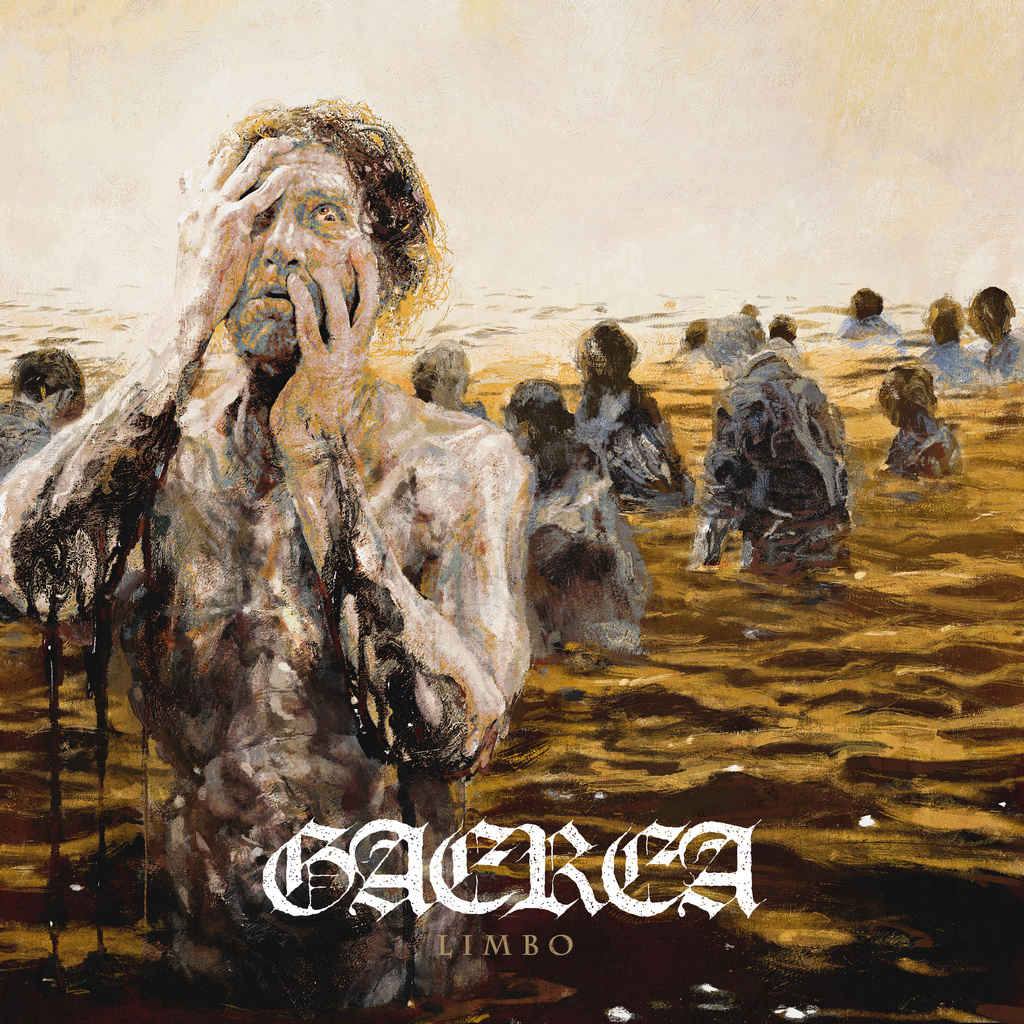 Despite being confined to my rainy Yorkshire grotto for the past few months, I’ve been treated to a grand musical tour courtesy of This is Black Metal, dipping my toes in the thriving Italian scene and sampling delights from the Portuguese milieu. Enter Gaerea, from the fortified wine-soaked municipality of Porto. This is Gaerea’s second full-length, and first with big-time label Season of Mist. Straight off the bat, three things stand out on this record: anguished, characterful vocals; bending, Eastern-tinged guitars; and fucking loud drums that drive the whole, demented wagon. It’s an ambitious, thoughtful offering, emotive and crushing, which – despite some progressive and hardcore influences – is Black Metal through and through, ever-teetering on the brink of fragility in spite of its fury. Comparisons to Mgła have been made and I can see why, but for me, Gaerea offers a slightly warmer, more relatable listening experience. The band has gone for ‘the mask look’ and I wonder if this detracts somewhat from the humanity on offer. I also wonder if attitudes to masks will change in Black Metal circles now that everyone’s gran is wearing one down the supermarket. I get the void/anonymity thing, but perhaps Edvard Munch was onto something when he chose a human face as the vehicle for anguish in his 1893 masterpiece. The band seems aware of this, as Eliran Kantor’s stunning cover art features a not-entirely-un-Screamish human face. 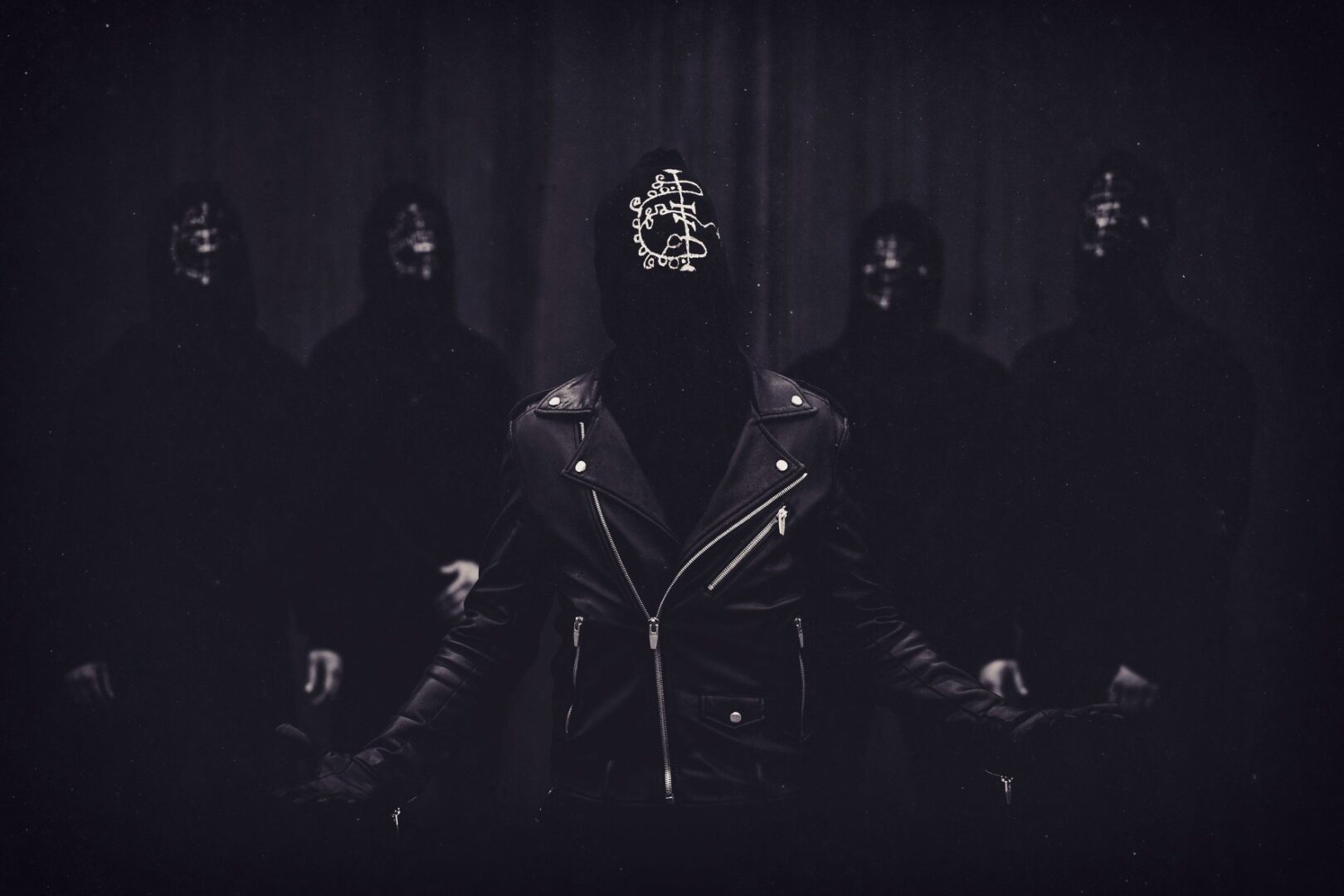 Nevertheless, the Limbo party starts with ‘To Ain’, ‘Ain’ being an unusual verb choice, presumably not intended in the Scottish sense of ownership. We are dunked into a steaming mug of demented doom, unsettled by signature guitar bends that lend more-than-a-hint of dark mysticism. The despair is reinforced by an official video featuring Ian Curtis-style dancing and the odd glimpse of an actual human face (yay!) After two minutes of mood-building, the double kicks batter down the hatch against a whine of Post-Black guitars. Driving rhythms stray and bend, exposing a raw sensitivity and, Jesus, did I mention the drums? With thunderous purpose, they keep the track from straying into bleakness, like an overbearing father with a sledgehammer. Some nice bass work too. The vocals throughout the album are truly excellent and really shine here with low, assertive growls – convincing and never theatrical. At 11 mins +, this monster gallops and kicks through myriad passages of post-black ascendency: melodic, despondent, but always gorgeous.

The promo video for ‘Null’ sees the band seeped in a red mist, dwarfed by blackened plumes of smoke and the vocals mirror this sense of vulnerability with subtle cracks and misfires. Leads inject a fair dose of sorrow but there’s a slap of the brutal too: unhinged rhythms, furious blasts, balanced by slower, melancholic passages. Another high point on the record.

‘Glare’ is a personal favourite. The near-psychedelic guitars come to full prominence, reminding me of Oranssi Pazuzu at times, and like the Fins, their sound takes on a cinematic quality, especially on this track. They stop short of full psychedelia, and off-beat rhythms lend a hardcore feel. This is truly excellent Black Metal, a misanthropic headbanger with moments of tainted brightness. What’s especially impressive on this record is their ability to dissect various strands of misery with structural poise; again, it feels progressive but never self-indulgent or boring.

As far as portmanteau titles go, ‘Conspiranoia’ is among the worst (along with Peter Andre’s Insania). But trifles aside, this starts in a different vein with clean leads underpinned by thumping toms and a haze of distortion that drops out sporadically for a broken, deconstructed effect. It weaves and meanders with yet-more cinematic flair, but when the main riff swaggers in it is nothing short of magnificent. The video presents bleak, urban despair, more spasmodic body language, and a frankly bizarre shot in which black smoke appears to be blasting from their arses. But overall, ‘Conspiranoia’ is an interesting detour that still contributes well to the overall template.

‘Urge’ drops you in at the fierce end with slicing riffs, blasts and arguably the deathiest vocals on the record. A crusty, war-metal feel emerges, with a spattering of off-beats and bell work, albeit off-set by some groovier passages. In fact, this is the least and most Blackened track on the album, with slow crushes and frosty tremolos. At times it threatens to fall apart but never quite does. Another ambitious offering.

The final track ‘Mare’ opens with a gloomy ‘Seasons in the Abyss’ vibe – introspective reverb and a sense of despair. It’s loaded with atmosphere and fury, but at over 13 minutes is a little on the baggy side. Also, now is probably a good moment to address the occasional waves of monastic chanting that accompany this album, as here they go full Eyes Wide Shut. For me, it feels a little tagged on and somewhat intrusive on a record that doesn’t otherwise feel particularly occultist or spiritual. Indeed, it would be nice to see them ditch the more obvious genre tropes and come into their own on the next release. Still, all things considered, this is a more crafted, more polished offering than 2018’s Unsettling Whispers. Room for growth, sure, but this is clearly a band that is going places.