This Is Black Metal Webzine has chosen Funeral Mist’s “Hekatomb” for a back-to-back review. Read the following reviews by two of our team members and enjoy! 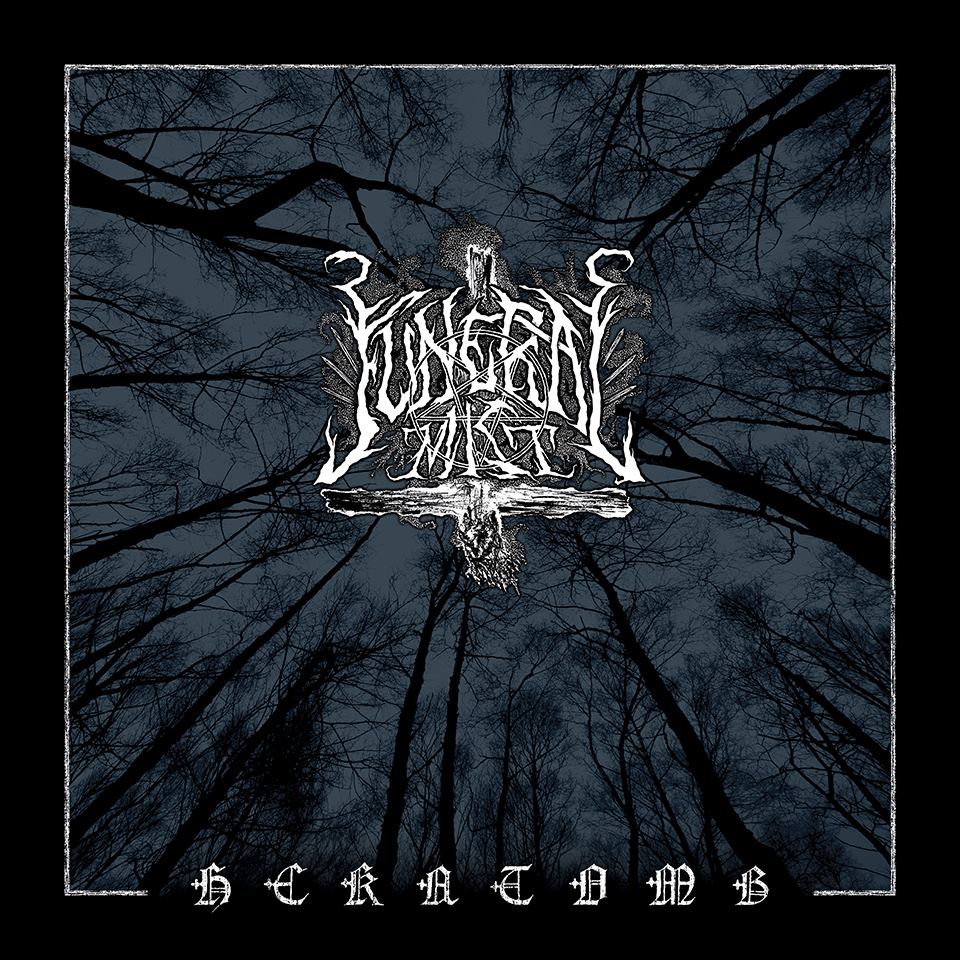 First I’m gonna mention something that I despise most on nowadays scene. Pre orders! It’s a common policy for labels, not only major but and small underground labels, to announce a pre ordering 2,4 or even 6 months prior to the release of an album! They releasing a couple of songs digital and trying to make hype for the forthcoming release no matter if it’s good or not.

Well, exactly the opposite of what happened with the new Funeral Mist album! Boom! It came out as a bomb over us all! 9 years after their mediocre “Maranatha” and 15(!) years after their ultimate masterpiece “Salvation”, we face Hekatomb. 2018 has been the year of return for many bands such as Craft, Immortal, Marduk but Funeral Mist’s new album is by far better than the works of the aforementioned bands.

Though “Hekatomb” has a cleaner sound, more polished production and not sounding as sharp as their predecessors, it’s an honest work. Since Arioch joined, as Mortuus, Marduk, it was expected that he would have brought with him influences from them. Fortunately, “Hekatomb” doesn’t sound as a copy of Marduk, though the first song or “Within the Without” have strong references to them.  Also, “Shedding Skin” and “Hosanna” seem as they are coming from the same period of “Salvation”! Funeral Mist have managed to establish a whole genre in Black Metal with “Salvation”, I’m speaking for “Orthodox Black Metal” of course, but the good thing is that he didn’t try to record a second “Salvation”, not only with “Maranatha”, even I don’t like it as much as the others, nor with his new work.

As you can imagine, this album is pretty simple and straightforward, relentless, fast without any experimentation, with the exception of “Cockatrice” which is the best song. Here you will find similarities with Burzum’s “Dunkelheit” as it concerns the way he uses keyboards on this song. Also, “Naught But Death” opening riff, is the same with Hellhammer’s Massacra.

To sum up, this is an honest album, well played, with many interesting riffs.

You only need to look at the record label that Sweden’s Funeral Mist are signed to and you’ll realise that it’s time to deal with some serious quality. The French label Norma Evangelium Diaboli have legends sitting quietly on their roster such as Katharsis, Deathspell Omega and Antaeus to name but a few.

Original ideas and thoughts are becoming few and far between at the moment and Hekatomb, the new disc from Funeral Mist is doing its best to buck the trend. Thank fuck.

The album kicks off with some standard nasty, affected noise and misery but then the first track, “In Nomine Domini” explodes and the album takes off at a hundred miles an hour. And it’s exceptionally good. The riffs are full of ideas (that small guitar squeak that is a feature of the track will be buried in your mind forever). By the time you’re halfway through “Naught But Death” you’re in Black Heaven. References are everywhere, from Behemoth to Anata –  the drums are wonderful and lightning fast, Arioch’s venomous vocals drip out of the speakers and the whole thing is held together by a tight and loud production. No instrument is left wanting or buried, this is a beautifully balanced album. There’s even sparse and well thought out keyboard use, adding atmosphere where it’s required.

Perhaps the strongest element of this album is the standard of the compositions. The riffs are just superb, full of originality, subtle changes and melody. The is post Black Metal that’s kind of only just post, if you get what I mean. The ferociousness of the Black Metal we all know and love is certainly present, but tempered and also enhanced by the added post-black elements. There’s experiments aplenty here with new ideas seemingly falling out of the speakers every few minutes. The slow, crushing “Metamorphosis” clashes and yet blends with the hyper speed of the remarkable “Shedding Skin” giving the album a uniform feel that has enough variation to keep you interested until the very end. That’s a pretty rare feat. This kind of music is precisely what the scene needs at the moment, especially coming, as it does, from Scandinavia. The Polish scene is currently running away with the trophy, the standard of their current crop of bands is so high that Poland is swiftly becoming the new Norway. It’s about time Scandinavia redressed the balance a little and Hekatomb goes a long way to assisting the mission. “Within the Without” brings the album into the home straight, complete with blinding riffs, drumming from another planet and clanging church bells. It’s a masterpiece of violent music that would have a layman lying down in a dead faint.

“Hosanna” and “Pallor Mortis” bring the curtain down on this extremely vicious release and all in all it’s a triumph. NoEvDi would do well to keep this band on their books while Funeral Mist are in this form, it can only do good things for this awesome label. It’s certainly done good things for Black Metal.