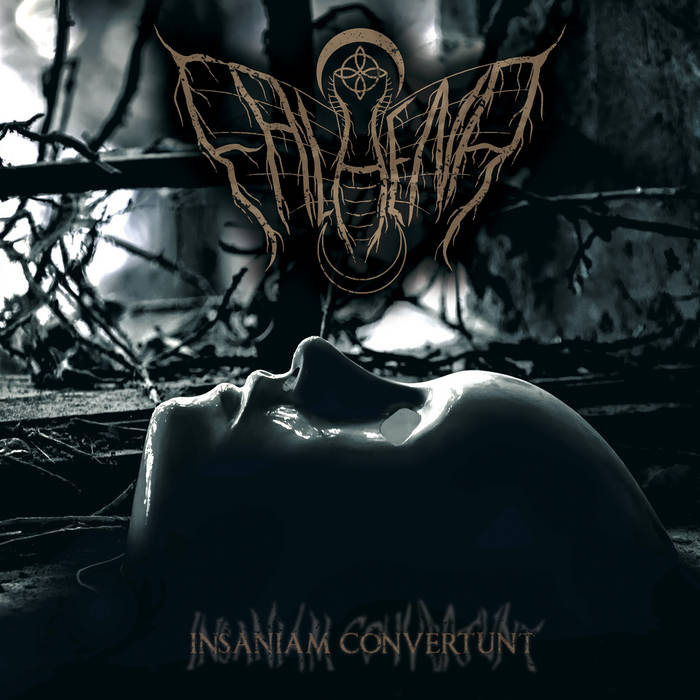 Debut album for the Italic trio Falhena, composed of two members of the historical Black Metal band Adversam, as regards voice and drums. I had already had the opportunity to listen to Insaniam Convertunt last year, a few months after its release, and the impression I had of it was more than good. Almost a year later, listening to this work again made me appreciate it even more, as these guys are able to offer a medium-high musical quality, with really interesting parts. The notable inspiration of the riffing can be heard from the introductory “Voices Are Whispering”, which presents itself as an epic episode embellished with a pleasant acoustic break. A demerit for me goes, however, to the drums, which in the first part of the song overwhelms the other instruments too much with its outrageous blast beats.

The following “The Circle” reconfirms a band in top form with its swirling introductory initial guitar scale and its arpeggiated slowdowns. On “Mother Darkness” also the bass finds its evocative moment by proposing interesting phrases: the song starts slow and arpeggiated, and then moves on to an epic blast in the style of the first song. The riffing remains inspired whether it is monochord or powerchord. “Memories” changes the pathos a bit, placing itself as an almost Melodic Death Metal song in certain parts, without however leaving the lines of Black Metal of undoubted quality that we have been able to hear at this point in listening and is one of the episodes that I prefer. It is remarkable to hear how the band manages to optimally combine brutality with melody. It is the turn of the overwhelming title-track which seems to allow a moment of respite towards the end, introduced by a nice bass line, in which however the melodic assault resumes immediately and leaves no way out. There is, however, a moment of tranquility that stands in the name of “Zombification”, which is as an appreciable ambient track with sinister noises, some almost ritualistic I dare say. The last track “Ritorneremo” is the highlight of the album for me, as well as the most introspective. It is introduced by an acoustic arpeggio that explodes in a succession of melancholic Scandinavian riffing for the duration of the song. The guitars seem to cry with pain, for a song that will delight fans of the more introspective and melancholy side of this musical genre. Ultimately, Insaniam Convertunt is a more than a good job that deserves much greater notoriety. Highly recommended to everyone.