Review: Downcross – To the Last Sunset at the Gates of Collapse 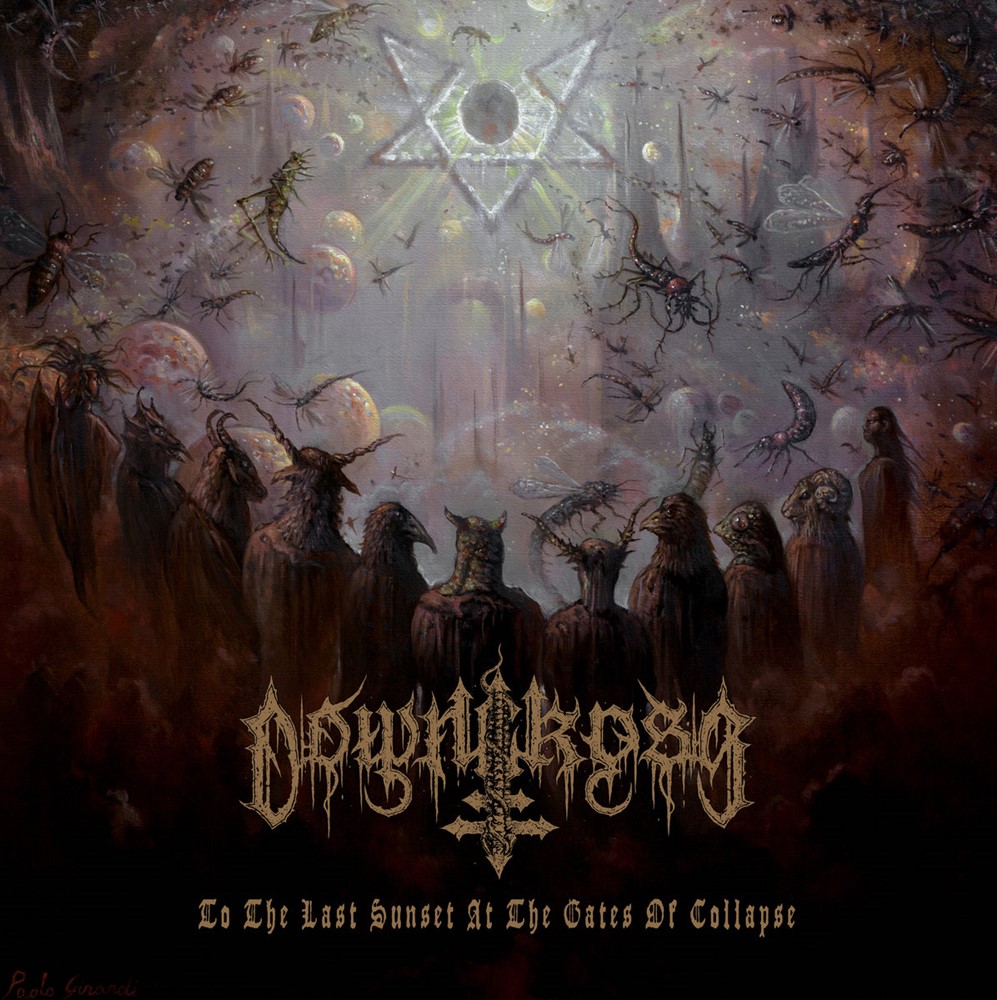 Downcross – To the Last Sunset at the Gates of Collapse

The name Downcross suggests the aspects to which the band is linked: anti-religion, destruction, misanthropy, Satanism. I have been following the combo led by Belarusian Dzmtr and Ldzmr from the Mysteries of Left Path debut in 2019, from which I was immediately struck by the first listening to the opener riff of “Where Illusions Sink in Accausal Fire“. Feed for those who, like me, are greedy devourers of this type of Black Metal. As if that weren’t enough, the same year Downcross delighted us again with the next What Light Covers Not keeping on the same excellent levels.

Having reached the third chapter of this year, To the Last Sunset at the Gates of Collapse, they deserve their place for me on the throne of the Olympus of today’s world black metal, giving us the most mature and inspired work conceived by them so far. Note of credit goes to my fellow countryman Paolo Girardi for having created the splendid cover that immediately captures the attention with its apocalyptic aura that perfectly renders the image evoked by our people regarding the title chosen for the disc. The work opens with the majestic atmospheric arpeggio of “Thru Singularity To Multitude“, and then speeds up the tempo with a deadly and annihilating tremolo blast typical of the band. I also liked the following arpeggio which reminded me of the Forgotten Woods. 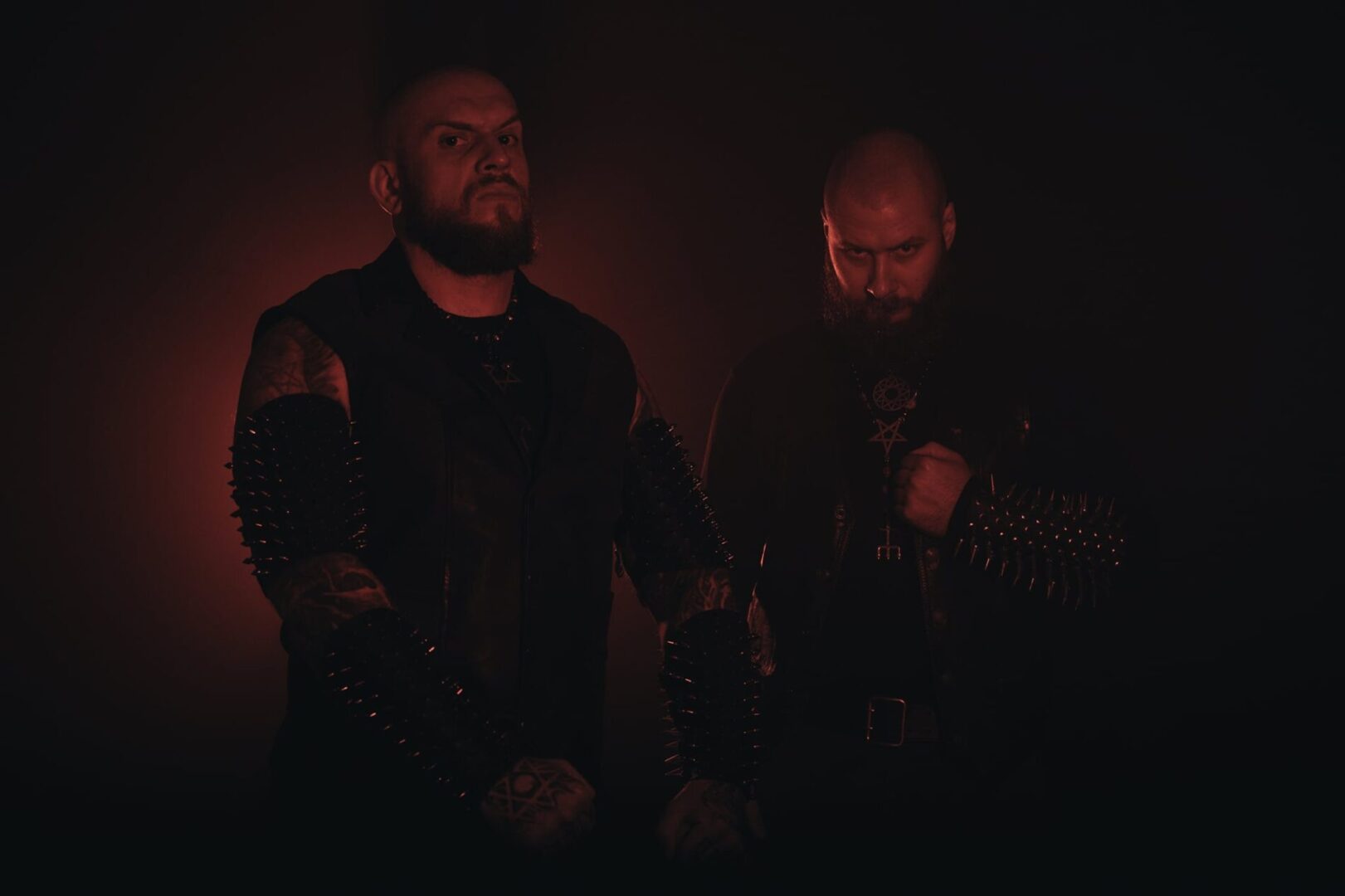 The record remains at excellent levels with the second enthralling riff of “Darkness would Ascend on Onyx throne“, I also point out the one at 0.58 that will satisfy fans like me of the Finnish Black school and the acoustic arpeggio, which seems to come out of Dissection in their better shape. The title track starts with a bichord that draws an apocalyptic scenario accompanied by the powerful voice that introduces lashing and melancholy melodies, and then passes through an arpeggio in full Mgła style. It is a succession of a perfect combination of instruments and voice, mention of merit must be made to Ldzmr to be able to get out of the extremely intricate and effective drum rhythms.

“Lightbearer of Chaos Fire” is varied in the alternation of its melancholy and its assaults. Interesting is the Middle-Eastern drum rhythm adopted at 0.54 of “With Omnipotence of Ancient Dragon” and its following short catchy detachment. The first and last riffs of the song reminded me of the Sargeist’s Let the Devil in. Between the acoustics “Grail of Thanatoerotic Bane” and “Void That Comes After” (both melancholy and restless; the first more minimal, the second more elaborate) is the song that I personally consider the cornerstone of the album, namely “In the black Moon Principality“: black pearl of melancholy among its riffs, arpeggios and melodies that will delight the palates of listeners of artists such as (never too acclaimed) Sargeist, Drowning The Light and Monarque. The desperate riff that reaches about the middle of the song length is introduced by short howls, an effect evidently used to highlight the pain it emanates and increase the pathos generated by the text that has lycanthropy as its theme.

Most of the lyrics are cited by diabolical and mythological figures such as Hekate, Tiamat, Paymon and Typhon, and the singer tells us about them through a voice that is mostly in low tones, powerful and dynamic. I can conclude by saying that the band has undoubtedly managed, in my opinion, to give birth to the album that is at the peak of its musical maturity and that I have very high expectations regarding its sequel. I recommend To the Last Sunset at the Gates of Collapse to all Black Metal listeners, especially fans of the artists mentioned above (not surprisingly, among the undisputed masters of the genre): an album born from the undoubted musical experience made by the band through listening to the masters of Black Metal, so as to give birth to the album of their consecration. Hail, Downcross!

Review: Sinira – The Everlorn
Iceman March 16, 2021
This Is Black Metal ©All rights reserved.