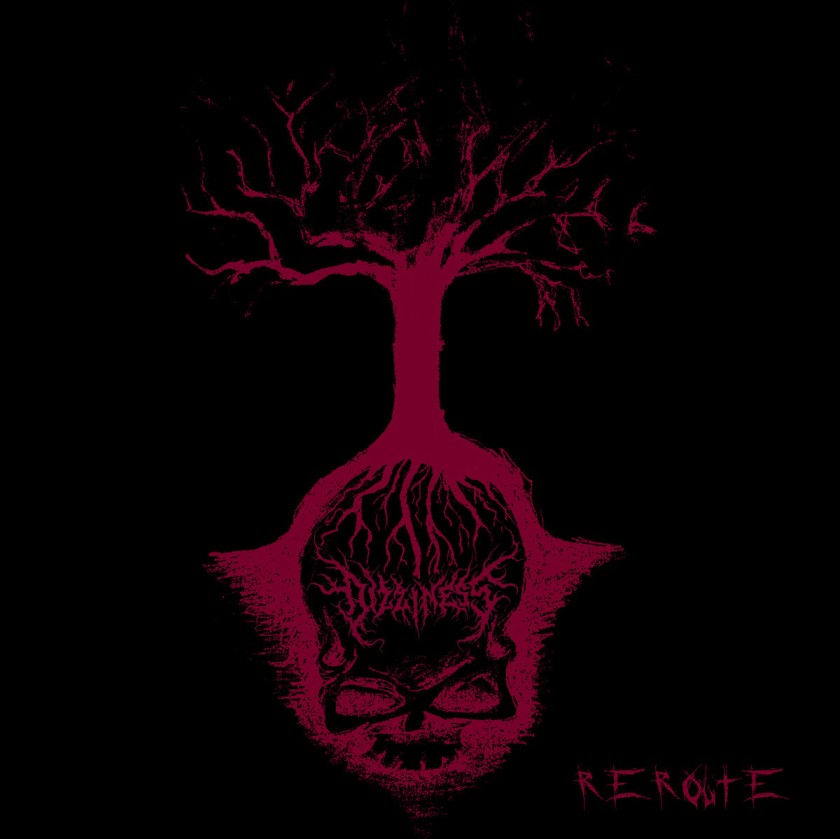 Many people today say that Black Metal is dead, that everything has already been played and that there’s not much room for innovation. Dizziness are here to dispute that, which they did majestically. The drums are executed flawlessly, the guitar riffs are refreshing and they change quite often during each song, and the best part, the vocals which range from vocals that sound exactly like Attila on De Mysteriis Dom Sathanas, to clean singing, to savage shouting and growling.

For that variety in vocals, we have to thank the guest appearances which will be mentioned later on in the review. The songs’ lyrics are poems (except for third and sixth song which are about esoteric warfare and depression) by Christina Rossetti, Joseph Campbell, Emily Rose and William Ernest Hemley. Just a few days after I was stunned by another band hailing from Athens, Greece, Utkena, guys from Dizziness contacted me and after hearing the album for the first time left me wondering how have I missed such a rich underground scene that Greece has. The second listening got me headbanging in my own room. And the third listen let me just dwell into this majestic album and hear all the bits and pieces of this complex music I’ve missed. 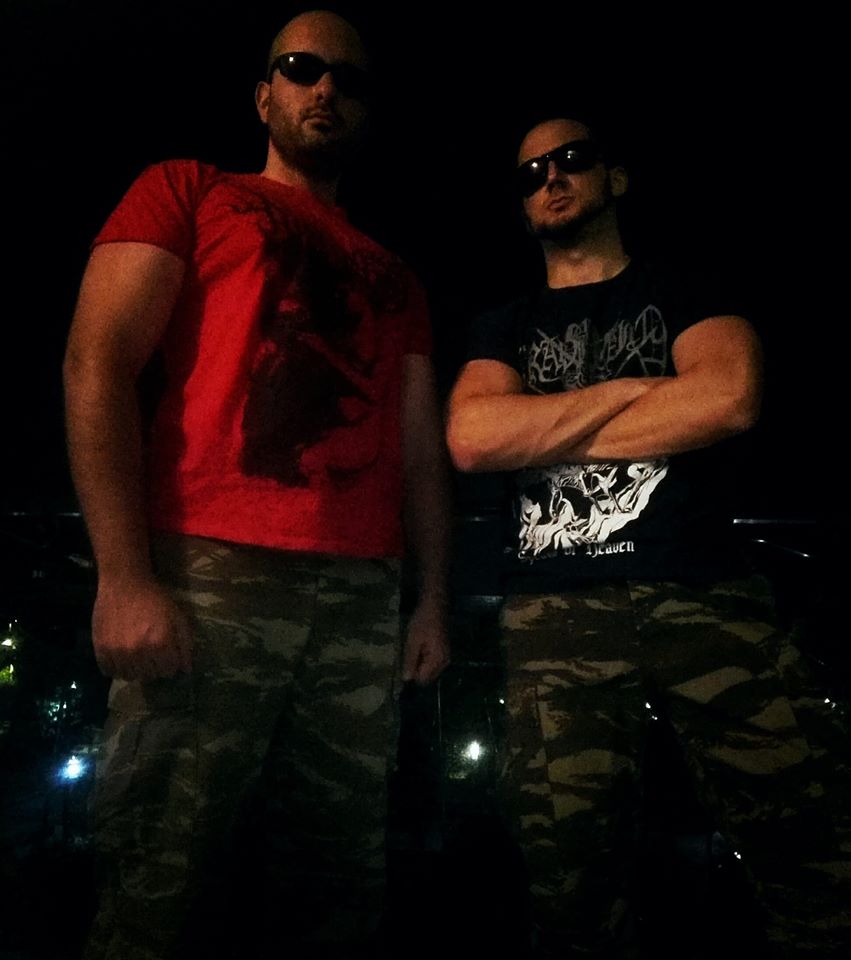 To do this album justice I’ll have to review it song by song, just for you to get a clear idea what this piece of art sounds like and make sure you at least listen to it.
First seven and a half minute song “Sunlight Stream” starts off with a nun-like chanting with a low pitched dark ambience, which slowly becomes higher pitched as we can hear breathing into the microphone with thunder and rain sounds in the background. And after about two minutes the blasting begins. First thing you’ll notice is the extremely fast tempo of the song with a very cold riff. Drums flawlessly fill up the background with blast beats and the Attila-like vocal comes on with it’s bone chilling touch to it. Around 3:20 there’s a drop, where we can hear only the guitar which changed it’s riff to a higher pitched sound, that lasts for mere few seconds after which the merciless blasting starts again. Towards the end of the song it sounds as if the guitar started singing as well with Pyriflegethon (the guy in charge of vocals, guitars and bass) creating a beautiful, dark symbiosis. The other band member is Defiant (who is in charge of the guitars as well, background vocals, synths and bass). You can see this early on that these guys are well experienced in playing Black Metal as this project has been around for over a decade now.

“Into the Darkness” starts off with heavily distorted guitar building the atmosphere up to the point when drums and vocals come in. Vocals on this song are done by Vladimir Uzelac (All my sins/ Terrorhammer) and they switch from screaming to clean vocal chanting as this song progresses. In the beginning, it’s mid-tempo shredding, but with blast beat in the background, then comes a break where they gather forces to punch you in the throat as the riffing fastens and creates an epic sound. Amazingly done scream vocal comes on and fulfils the atmosphere of pure misanthropy which doesn’t cease to exist even when the clean singing starts, and during the entire song both of these types of singing are present from time to time. The tempo also varies drastically during the song which is a refreshment in the Black Metal sound, not everyone is capable of incorporating mid-paced and fast-paced tempos, as well as these guys, do So in the middle of the song there’s mid-paced riffing while vocals say “Descend into the Darkness!” and then yet again they fasten as a punchline to this song upon which we can yet again hear the changes between clean singing and screaming. I imagine listening to this live and just going ape shit in the merciless mosh pit.

“The Harlequin” begins with someone saying “May my hand not tremble now that I’ve started to relieve the past, and revive the feelings of uneasiness that my heart as we enter the battle”
and shortly after the most melodic riff (at least for me) of the album comes in as the harsh shouting like vocals of Arkhon Sakrificer (Temple of Evil) step forward. There’s a break with mid-tempo guitar and drums which leaves you slowly headbanging after which comes a faster part of the song which I’d imagine would create a savage mosh pit listening to this live. A mosh pit that resembles more of a fistfight than people having fun pushing each other around. And Arkhon has left a significant mark to this album with flawlessly executed vocals. This song remains aggressive and spitting hatred up until the end, intensifying and leaving you feeling rather unsettled.

“Newness of the Night” starts off with a shout and a guitar riff that for some reason reminded me of Watain, which is a compliment as Watain is one of the mainstream Black Metal bands that I adore. And speaking of mainstream, it’s a pity that Dizziness don’t swim in it’s waters, as the certainly don’t lack quality and ideas to do so, so there’s a great injustice being done to this Greek band as it is too slept on. The vocals are amazing in each song of the album, and they’re always in a different manner, leaving you wondering what you’ll hear next while the guitars carry on shredding in a very, very, fast tempo. And it’s almost if the drummer has four hands how hard and fast he’s beating on the drums. On this song, in particular, we can again hear the Attila like vocals over very complex music. I imagine a person who hasn’t ever listened to Black Metal how confused he would be when he finds out what enjoyment we get from listening to music as aggressive as this is.
Around the half of the song, there’s a break with drums that sound like war drums after which the almost too fast music begins with vocals narrating us in the mosh pit to kill each and everyone in it. The guys playing the guitars are masters of their craft, that is obvious, as you must be one to be so creative when it comes to writing these riffs. And the song ends with the music slowly fading away and eerie vocal chanting.

“Unconquerable Soul” smashes you right in the face as it begins, following the same manner of fast tempo complex guitar riffs and savage beating on the drums with Attila like vocals narrating us yet again through the storm far on the sea, where you are left pissing your pants watching the waves and hoping the ship won’t sink. And this music would make sure it does sink since it is dark as fuck and you can’t imagine any positive message sent by this music, it’s sheer misanthropy. This is also the shortest song, lasting a bit more than five minutes, so you can imagine how complex and creative longer tracks might be when there’s so much to be heard in five minutes.

“Chaos Course” does not begin smashing away from the beginning as we’ve grown accustomed to by now since it starts with a slow build-up of the atmosphere by the heavily distorted guitar, but only until one point when the vocals of one Costas Dead (Obsecration) start growling and screaming away over enjoyable mid-tempo riff and blast beats. I can’t stress enough how pleasurable and sinister the atmosphere of this song is. And such is on the entire release.

With that being said, if you’re looking for complex yet hard, melodic yet raw Black Metal album then you should definitely give “Reroute” a spin, I doubt you won’t be impressed by what kind of music these guys write.