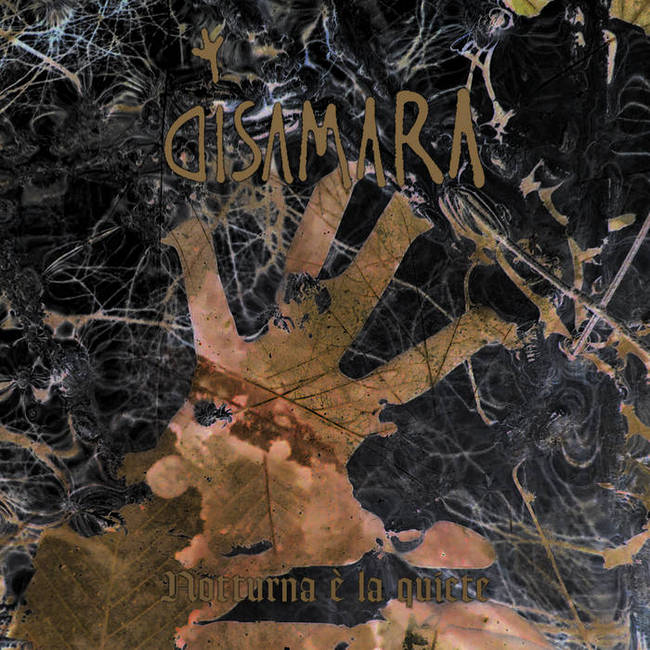 Italian Music of the Night

A relative newcomer to the scene, this is solo-outfit Disamara’s first full length following 2019’s self-titled EP and is a somewhat ambitious offering, released as part of Finnish label Naturmacht’s‘Underground Series.’Italy is never top of the list when considering Black Metal output – it certainly falls behind France and Germany, despite some significant names: Opera IX at the symphonic end of the scale, Cain at the thrashier. But if Black Metal themes and aesthetics can be traced back to Gothic literature of the 1700s (as I believe they can), then Italy was often the chosen setting, largely due to British paranoia about Catholicism and the ‘questionable morality’ of southern Europe. Italy also boasts some of the most beautiful natural landscapes in the world and Piedmont, where this record was conceived, no less, with the formidable Alps looming in its midst. This album pays tribute to the magic of nocturnal nature and, indeed, it’s often-nuanced tracks do seem like hymns to the dark forest, balancing a sense of violence, beauty and mystery.

Disamara is a solo project led by the enigmatic Maur who even handled the mix, and Notturna e la Quiete (At Night in the Quiet) is clearly the work of a single mind, conveying, as it does, a sense of intuition between its dissonant parts. Raw and mesmerizing at its core, there are symphonic and acoustic endings, jazzy bass sections and moments of pure fury. The result is a slightly erratic, intriguing record that references a plethora of black metal touchstones.

Opening track ‘Rivelazione’ (Revelation) is demo-raw with a gorgeous delicacy. One thing that strikes you is the prominent bass which offers a warm, melancholy edge as a noodling chaos of guitars possesses your ears. Exactly how Black Metal should sound! The piano brings a hint of gloom and it ends with an acoustic reflection that sounds distinctly Cascadian.

‘La Rinascita Decadente’ (The Decadent Rebirth) opens with intense fury, as blasts rain down on an anesthetizing haze of guitar. Vocals play a minor role, letting drums and guitar steal the show. Furious and hypnotic, with a whiff of Mgła nihilism, the sparse vocals turn to agonized wails before an unexpected symphonic closure, troubled by demented crow calls. ‘Pressione Profonda (blood pressure)’ opens in a different vein, with a murky dirge of darkness. When the double kicks come in, they thump like a heartbeat. Symphonic keys never quite undermine the rawness, nor do some jazzy bass slides. As the track progresses, it’s the first time on the record that things begin to drag a bit. It ends with another symphonic ending and, whilst these soft melodic outros work in isolation, they do become one of the few predictable elements.

‘La Cantata Dello Scorno’ (The Song of Shame)’ feels very Burzum, Aske era. The blasts are furious like the snare is being mauled. The drums are center stage throughout, except for a brief acoustic passage. A complete contrast of demented aggression and beauty. ‘Anime Vaganti’ (Wandering Souls) turns out to be the strongest track, in my opinion. An interesting beat clatters beneath siren guitars. There are various twists and turns, from galloping heroics to intelligent, post-black complexity and a relentless guitar melody. Final track ‘Essenza Fine’ (Essence End) starts out moody and intense, but by the end is so melodic that it ceases to feel like Black Metal at all. There is yet-more excellent bass work towards the end, before (another) acoustic outro.

For a first effort, this is pretty damn awesome and, whilst the vocals allow the instruments to shine, it should not be overlooked that this is a splendid vocal performance: guttural, anguished and a little wayward. I’ll look forward to more from this project.

Review: Boreal – The Battle of VOSAD
Rick Eaglestone November 29, 2020
This Is Black Metal ©All rights reserved.