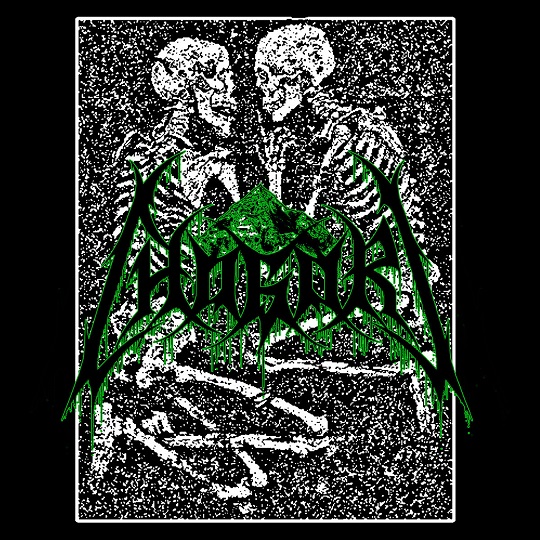 Chogori – Where the Void Begins (Demo)

Shortly after releasing the full-length album “Siege”, Malignus comes back with a brilliant demo called “Where The Void Begins”. The first thing that I noticed is how dramatically the quality of production has changed for the better in such a short period. This is still the very definition of Primitive and Raw Black Metal but is tastefully done, the vocals are full of hatred and riffs are as catchy as they are brutal. The release starts off with an eerie “Intro” on keyboards playing a melody that is rather uncomforting, to say the least, it leaves you with an anxious feeling and for a Black Metal record that is the point of an intro, in my opinion, to give us a taste of darkness before it starts blasting away. The second song of the release, “Where The Void Begins” sounds much like Mayhem in the “Deathcrush” days with screeching vocals that really resemble Maniac’s and simple, catchy riff. But the lyrics are very deep portraying apathy and hopelessness of one’s journey to the unknown that death represents, with an occasional clean vocal that is used to deepen the vibe that this song gives off. So by the time “Intro” and the first song “Where The Void Begins” ended this demo has most likely grabbed your attention so now you’re consumed by the rawness of this album which is despite its simplicity very well executed and a truly great piece of Black Metal.

Everything a fan of the Second Wave of Black Metal would want is there for him to hear on this tape. “Alone, I wait” is the third song of the demo and its lyrics are brilliant. They tell a story of the afterlife, about “being with the stars” and looking back upon the meaningless Earthly existence. Its mid-tempo is possessing, drums are beautifully incorporated into the overall sound of the release and brilliantly produced, they’re not too loud in the mix yet we can hear them clearly throughout the songs. The bone-chilling vocal is definitely the highlight, it’s Raw, it’s cold, it’s frightening and it completely lacks any positive vibe. “Night of the Chaos Spell” starts off blasting in a faster manner than the previous songs and tells a story of reincarnating into another vessel and learning lessons each time. The tempo soon slows down and with a kind of “doomy” ambiance, the music continues to have a very gloomy atmosphere and a catchy vibe for a slow headbang. This is actually the only song of the release I can say I’m not completely satisfied with, it sounds kind of chaotic, but not in a good sense. It is as Malignus lost his way on this one and tried to incorporate too many elements in a short song. The final song, “Shroud” is the song that deserves the most praise on this demo. It follows the same pattern as other songs, the production is the same, the vocals are brilliant as they have been from the beginning and the riff is catchy, but it all came together to be the most fulfilling song with the evilest ambiance on the tape. And lyrics follow on beautifully with thoughts such as “No Remorse, No Emotion, Now I am free to die”.

So, overall, this piece of Raw Black Metal offers us a pleasurable listen, good riffs, amazing style of singing and nihilistic, dark atmosphere. You should definitely give this demo a spin if you’re a fan of Old School Black Metal.