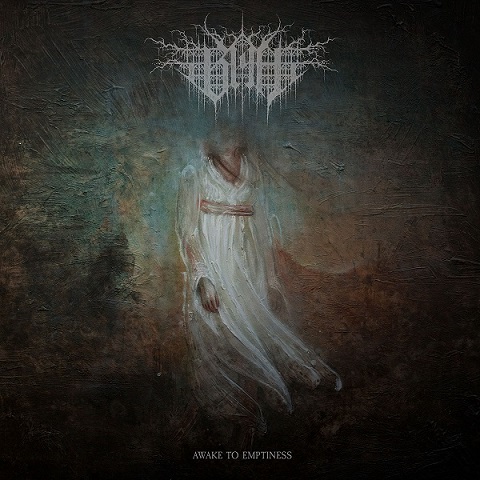 German Black Metal scene does not stop to surprise us. Another new band arises from the entrails of Germania, composed by only two members – Murul (all instruments, vocals) and Absorber (guitars), with no other appearance in a band or other relevant work except for Blyh.

Having made their remarkable debut in 2018 with “Transparent to the World”, here they come just a year later for the follow up. However important a debut album of a band is, I guess the most important is the follow up. Because there you have a firm idea on how a band can evolve in the future of the metal world; and you can check whether a band will stay for good or is just another firework that though very impressive, when it fades out there is nothing left but smoke into the darkness.

I can assure you that this band is here to stay; because their follow up is a real gem and has all the potential to become a classic through the years. The musicianship of those fellows is huge; their music combines perfectly elements from the second wave of Black Metal, especially from the Norwegian craft, blending with some depressive elements – not much, just a pinch – taking the whole musical edifice into another level of speed and aggression.

The album consists of 5 tracks, totaling a running time of 45’ 10”; so we have some lengthy tracks with a lot to say. Starting with the more that 10’ opener “What a Man can bear”, that gets you directly into the essence of their music, without any silly intros. Starting with an almost atmospheric sound it soon evolves into “stormy weather” with blast beats that reach very high levels of speed and aggression, while the guitar riffing leads the whole composition. The change of pace and tempo is very frequent but it binds perfectly together.  The second track “Don’t Mistake Me for a Friend” is on the same principle; starts with some ghoulish atmosphere and then bursts into a beautiful melody with some change of patterns and tempos. The third track “Utica Crib” is the most unconventional track of the album but it keeps the tension and blood pressure in high levels, even at its slower parts. Then comes the fourth track that I like the most of the album, “Voracious Null” and is the slower part of the album and the more atmospheric, with some beautiful shrieking vocals and ferocious guitars. Then the album closes in beauty with “…and Die Not”, starting with fiery aggression becoming beautiful in its simplicity after the mid time. Almost all tracks ending in an atmospheric note, preparing you for the next.

The production is also perfect, leaving nothing hidden and everything clearly audible. The art work is just another piece of art, representing an angel (?) in a white gown, into an almost blurry environment.

In closing my review, I must underline the fact that this album captivated me from the very beginning and kept me thrilled until its last notes. The change of tempos never lets you getting bored, while the hyper fast drumming, the ferocious though melodic guitar riffing and the shrieking vocals keep the adrenaline flowing. What, can I say… a perfect 10…!!!