Evidently there are huge things happening in Australia in the way of an Underground world full of dark music and Blodmåne have further affirmed this with their brutally intense, close to Kvlt indecent and obscene Black Metal. When I started to listen to their work I was overwhelmed by a menacing feeling that gave me pure delight. This music really is a Black Metal injection for my soul.

Darkness washed over me at rapid pace as I listened to the foreboding sounds of their first full length album; Dod Morka Skogan. This band truly does offer the listener an experience packed with sub zero cold hearted and fearless lyrics combined with intense and punishing music while showing off subtle influences from early 90s Black Metal bands, such as Dark Funeral, Dimmu Borgir and Mayhem.

Blodmåne,  formed in Brisbane Australia in 2012, are; Cazmeth on guitars and vocals, Daemon on bass and Axaron on drums. These 3 Brissy boys are not mucking around in any way with the seriously dark and blasphemous Black Metal they have produced thus far. Their album gave me such a sense of evil within the unholy riffs and pounding blast beats. Their music is void of light and gritty with a somewhat atmospheric sense to it at times, and for me that little extra touch worked extremely well. 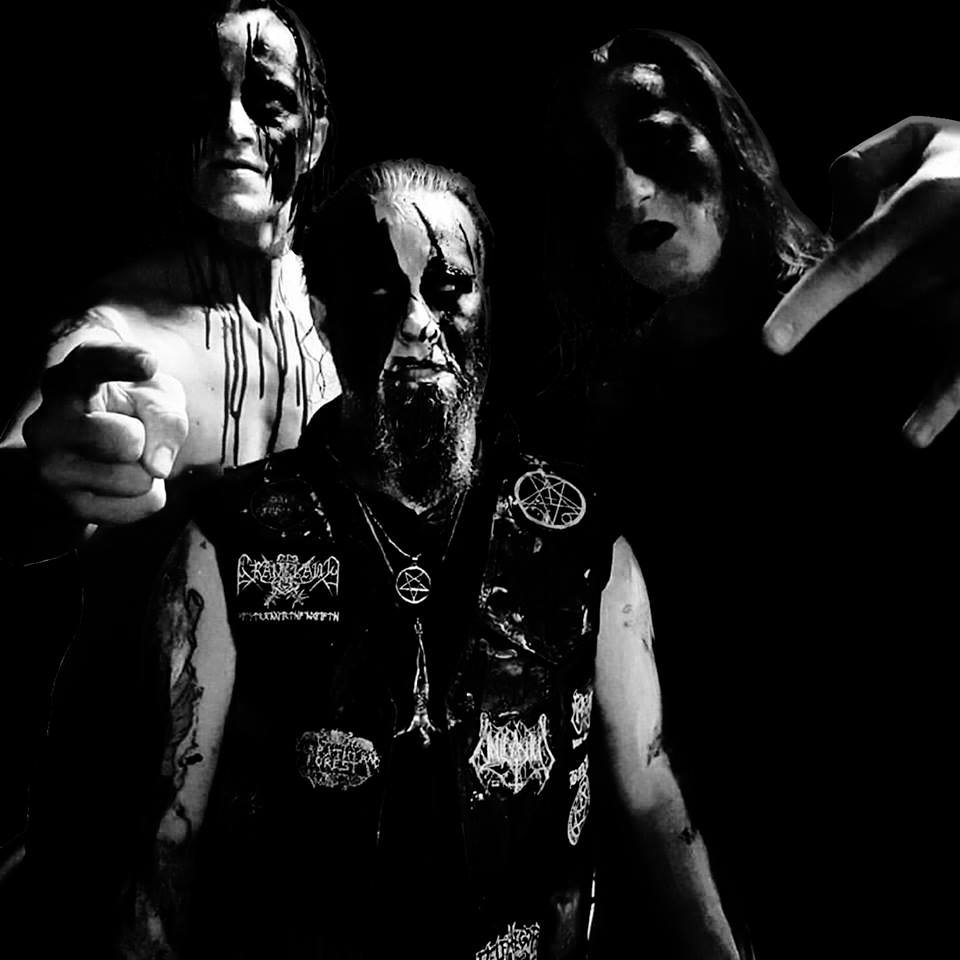 Their track “The Left Hand Path” flooded my ear drums hard with superb vocals, ranging from deep gutturals to corrupted black metal screams that fit this nasty style of music like a glove. I enjoyed the touches of Death/Doom vocals in certain stages throughout this track and of course I enjoyed the songs concept and themes. This resonated with me in great ways. The Left Hand Path was a wonderfully sinful listen.

Guardian Demon, (that title again) is another gem of Dod Morka Skogan. This was a swift punch to the throat and pinned against the wall style aggressive number indeed. The vocals are completely unrelenting and scary, has a sensational fast paced drum track with dirty bass and frantic riffs.  A dark little breakdown in this track had me smiling and nodding my head. This track impacted my gut hard.  Guardian Demon is  perfectly muddled with touches of synth and overall had a great secular story, which created immoral visions in my mind. Excellent!

Dod Morka Skogan is a hectic listen, each of the 7 tracks on this album brought a new level of Black Metal heavy pleasure to my audio senses and I thoroughly enjoyed it’s vicious and accusing themes.

Since the release of Dod Morka Skogan, in 2017 these great musos have been touring the stages in Australia with little rest. For now, they are taking time away from the stage to work on their next full length album, which is due for release in 2019. I look forward to more opaque sounds from Blodmåne.

Their album can be purchased from their website www.blodmane.com and you can follow the band on Facebook https://www.facebook.com/blodmaneband/ for all studio recording updates and general band information.

Review: Hegemone – We Disappear
N.P. March 6, 2019
This Is Black Metal ©All rights reserved.