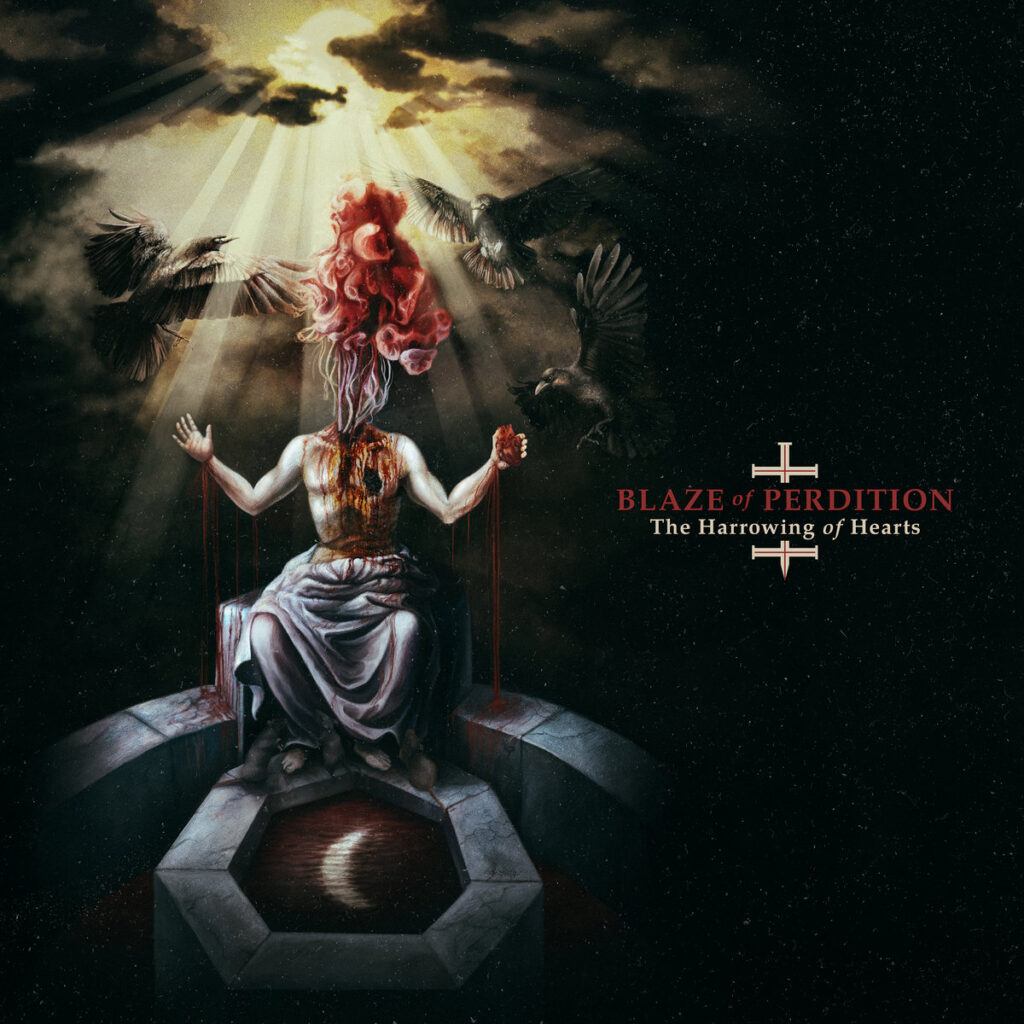 Blaze of Perdition – The Harrowing of Hearts

For those, who hasn’t had the opportunity yet, to get to know this entity BLAZE OF PERDITION, emerged in 2007 from the ashes of PERDITION (a band formed in 2004 by the founding member of both ones Łukasz Barański, also known as XCIII.  At that time, he came to life as an exhibitor of significantly unpleasant notions and equally sonorous counterparts alongside other band members.

Afterward the breakup with PERDITION´s vocalist (Xaos Oblivion). XCIII started to work in order to make some new modifications, firstly, regarding the name, because the name of PERDITION, was chosen by Xaos Oblivion, secondly because there were dozens of bands named within the same way during that time. And thirdly XCIII was changing, essentially, he became in the main reason behind those decisions, he wanted that it becomes in something deeper and meaningful for him.

And that´s how BLAZE OF PERDITION was born, XCIII wanted to reflect with major precision and that required certain type of correction in the direction. And along the vocalist Pawel Marzec (also known as Sonneillon), they have been perfecting their chameleonic, lyrical and conceptual artistic production during the last 15 years facing the adversity, tragedy, death and rebirth.

After a series of innovative albums that would consolidate their place as one of the leading bands of the Polish Black Metal community.  With an evident influence coming from the recent increase what it would be classified as “Orthodox Black Metal” (early works of bands such as FUNERAL MIST, MALIGN, OFERMOD, TRIUMPHATOR, DEATHSPELL OMEGA, etc.). BLAZE OF PERDITION introduced their own twisted black metal proposal, meticulously researched and undoubtedly sinister.  They wanted to express mainly, their inspirations related with the occult and spirituality.  Every song refers to themes such as Magic of the Chaos, Luciferanism, Tantrism, Crowley & Thelema, etc.

Albums like “Towards the Blaze of Perdition “of 2010, (which in own words from XCIII was influenced mainly by bands like NORMA EVANGELIUM DIABOLI, also adding “Dodens Evangelium” of ONDSKAPT, which was very inspiring to him at that time). And the devastating, the most savage and introspectively disturbing of his career (and my favorite personal album) “The Hierophant” of 2011, (mixed in the famous Necromorbus Studio), are authentic masterpieces within the most infamous and chaotic terrains of the Orthodox.  In the occult realm, “The Hierophant” plays a very important role in the Tarot´s art.   Normally sitting on a throne between two pillars of obedience and disobedience, this letter of Major Arcanos sometimes is called it The Pope, which means a great power and responsibility over his subjects or followers. In the album´s context “The Hierophant” serves as an initiation for self-development, a sacred gate that invites and guides to people towards wisdom pathway.

Later, followed masterpieces a bit more personal and derived from the tragedy and exploration of death and emptiness “Near Death Revelations”  of 2015 (that before of  the tragedy was titled “Dreams Shall Flesh”) took to BLAZE OF PERDITION to another turning point in their musical direction. And to me represents the core of the balance among two stages of the band until today.

“Conscious Darkness” of 2017, begins with: “Everyone must learn that sacrifice and suffering is needed in order to find God”.  An appropriate reason to possibly advance upward, after to experiencing a significant loss.  This album has much more breathable space within the songs compositions and uses more majestic and grandiose melodic sections, which typically finds their sonorous conclusion in the blooming depths of the atonal mischief. 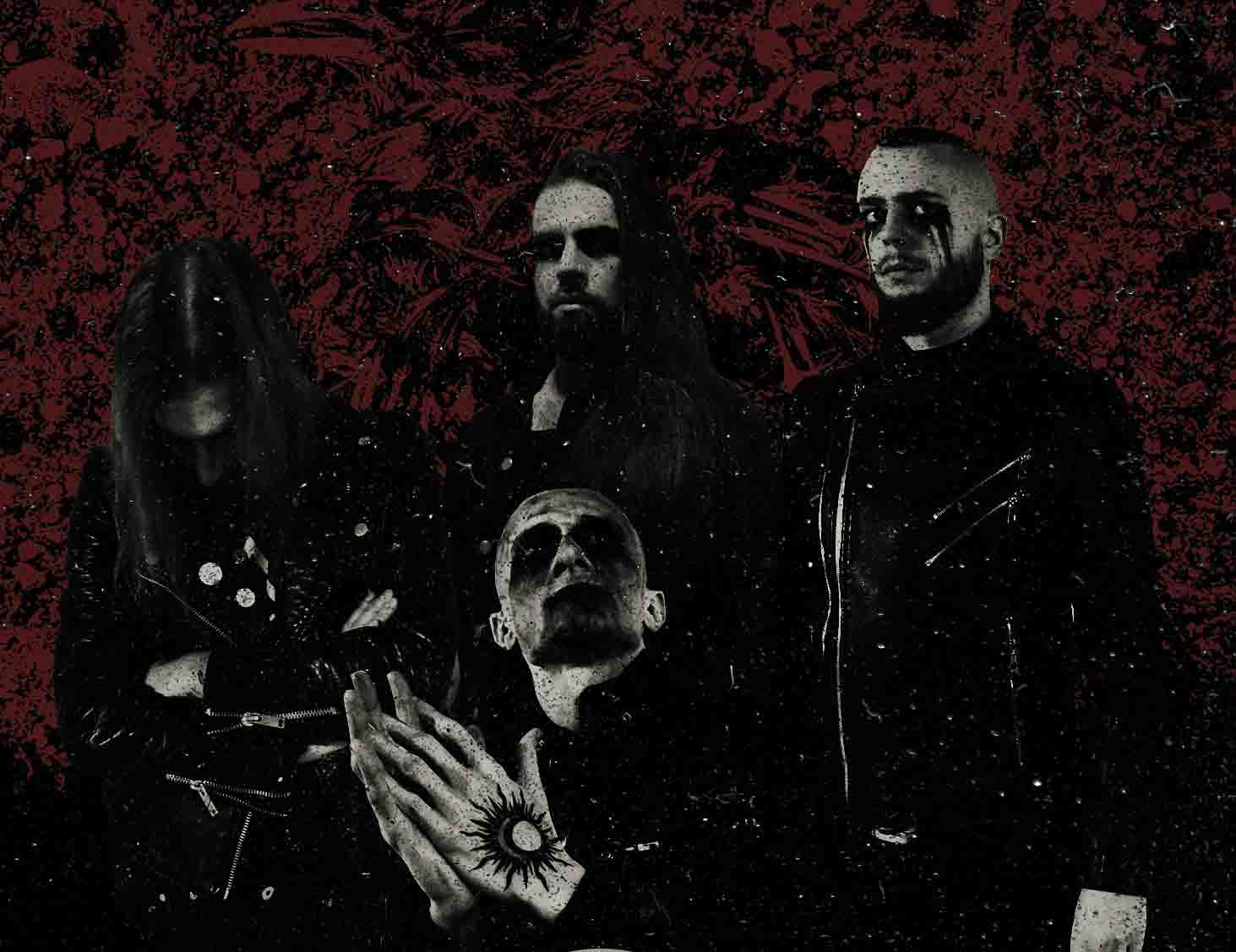 After all this informative text, that for some of you might be interesting (and for those who don´t, I really don’t care), and stepping aside the EP´s, Splits etc. We got until the protagonist of this review, which was released on February 14th, 2020 and that was titled “The Harrowing of Hearts”.

Personally, I had very low expectations with this album, especially because of their change of record label to one more commercial as Metal Blade. In my opinion, they knew how to maintain their essence and they did not have to compromise their style that they were evocating since “Conscious Darkness”. Sadly, or fortunately, the ominousness of the beginning is very distant at this point, but within the most melodic and atmospheric terrain of their latest masterpieces remain.   It´s a well-designed, polished, melodic album (“The Great Seducer”), medium tempo, heartbreaking, straight forward and deeply spiritual that definitely killed my very few hopes.

This album (according  the same band) left behind their dense and savage influences of DeathMetal andallows to continue following a more subtle and refined path with some rock influences insinuated here and there. “The Harrowing of Hearts” is the most ambitious release of the band in terms of musical composition and is a distant jump from their initial works. The compositions are much deeper and more progressive than previous masterpieces, like my favorite song of the album “With Madman’s Faith”, is the most subtle and melodic album of the band released until now.

This complexity and elaboration of the compositions makes that the minutes of each song pass by without realizing and immerse you in a natural state of prolonged adherence (between 5 and 9 minutes).  Definitely, I can assure you that it felts since the first listen if you let yourself be sheltered by the music properly.

The combination with a “Major Label” made that some persons though that they were trying to be more “commercial” or silly things like that. But in order to judge,based on different opinions and reviews, this album is the most complicated and difficult album so far and obviously it requires that people really listen It and discover what is had to offer. That directly goes against the commercial factor by default.  Might seems to be an easy listen from the beginning due their compositions oriented to rock, and that is true but there are so many details still in order to explore through the guitar arrangements, vocals and subtle elements etc.

The tittle of the first song “Suffering Made Bliss”, regarding the lyric’s context of BLAZE OF PERDITION, suffering is a remainder of our reality and fragility of the life as a form in order to understand ourselves. What we experience as suffering is mainly negative by default, tough to argue there, but the only one suffering act might have some positive effects as internal rebirth.

Here there are numerous references to the faith and divinity linked along the spiral nature and madness and suffering (“Transmutation of Sins”). The concept revolves around Christ´s descent into hell as a metaphor of the individualization and self-discovering to face the darkest corners of our hearts.  Continues directly some of the ideas of “Conscious Darkness” but from the perspective slightly different.  Is a little less intimate and personal, but with more gestures toward the society, mankind and our place in the general universe.

If you are a fan of the band along all their phases and stages, I’m pretty sure that you will enjoy it as much as  I have.  Is an album that  adheres to you and do not let you go from the beginning to the end, it has too many  different sides, but at the same time flows in a way that everything combines perfectly in order to accomplish something genuinely captivating.  If you are a fan that from their first ungodly works, or if you are not open mind and spirit, get away of this album immediately.

P.D. The cover at the end I didn’t know the band Fields of the Nephilim but when you listen both versions,I think that is a theme pretty particular.  Great work with this new “The Harrowing of Hearts”,and definitely one of my favorite of the year.

Blaze of Perdition – The Harrowing of Hearts (FULL ALBUM)