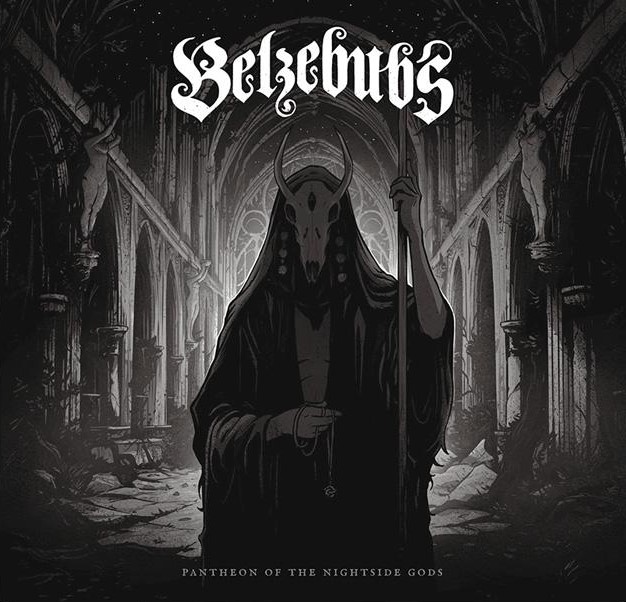 Belzebubs – Pantheon Of The Nightside Gods

When I was asked to review Belzebub’s new album, Pantheon Of The Nightside Gods I was dubious. I hadn’t listened to any of their previous work, and I had only skimmed images of their cartoon persona and figured they were no more than a gimmick band. I soon realised upon listening to this album that I was poorly mistaken.

The truth is, I had avoided listening to this band based on my wrong assumption and after listening to their new release I realised how much I have been missing out, because, wow…..just wow! These musicians are brilliantly Black. Brilliantly Black, brutal, deep and creative with some of the best vocals I’ve heard, complete with fabulously profane and cruel lyrics, and overall incredible music composition.

I am smashed with “Cathedrals of Mourning” and to say this is a moving, stunningly heavy ambient track is an understatement. This is a track full of deep and devastating vocals, ridiculously intense melodic riffs, heart (yes that’s right I meant heart not hard) hitting percussion and pleasing guitar solos. 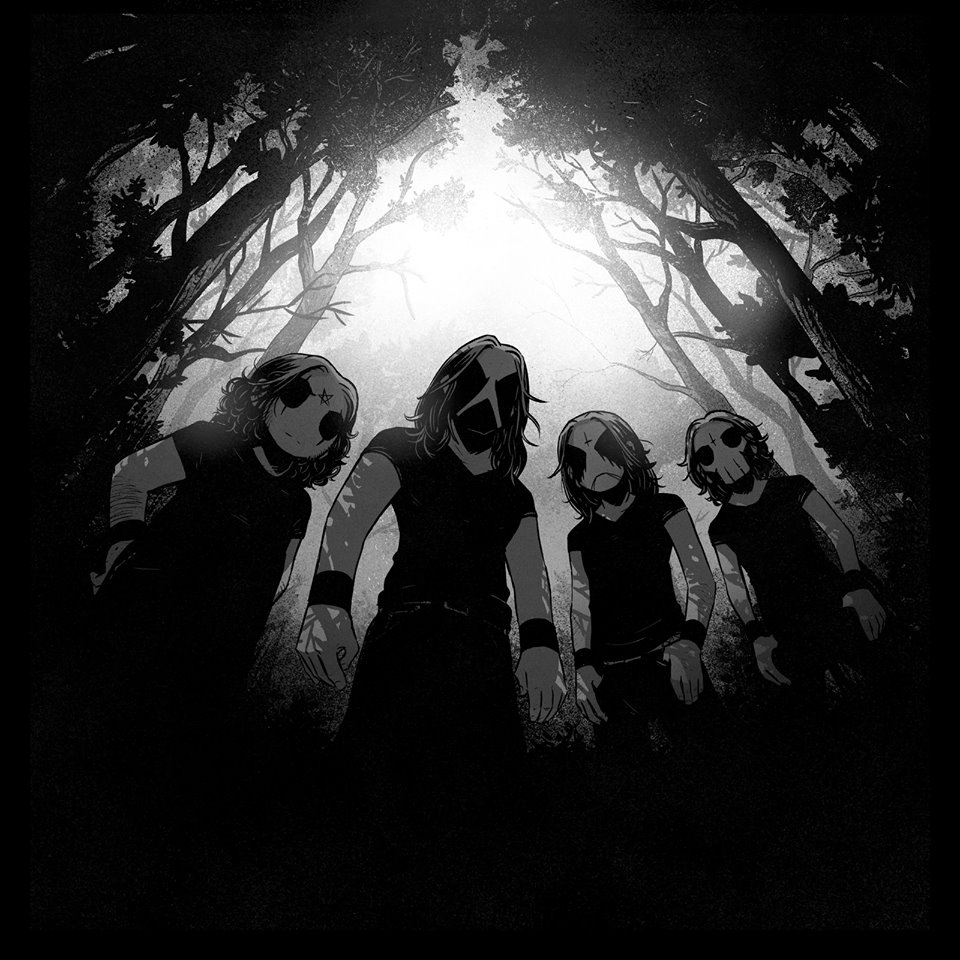 This album is ominous, unholy, symphonic, imaginative, heavy, grand and incredible. You don’t just hear this music; you listen to it.

“The Faustian Alchemist” brought so much beauty within the savagery. Amidst the stirring and devastating blast beats, enter the acute course and penetrating vocals. Who is he? The vocalist, that is. He creates such an opaque ambiance, together with lyrics that are deep, dark, evil and stimulating. Some will say this is Niilo of Insomnium, and I might be partial to agree, however, will we ever know?

“Blackened Call“– and to the darkness it does. It is a moody track propelling you right into the unknown and feared with an absolutely striking intensity, deliberately executed to triumph. Expect heightened levels of awareness, energy, movement, and so much heart! Belzebubs aren’t mucking around, they are a serious Symphonic, Orchestral Black Metal project with an essential heaviness, which is abundant and close to the best Symphonic Black Metal I have heard.

With themes around the darkness, the outer world and the fallen black feathered Angel, lyrically, this album covers it all. Covers it with force, with conviction, with aggression, and is within its stride. 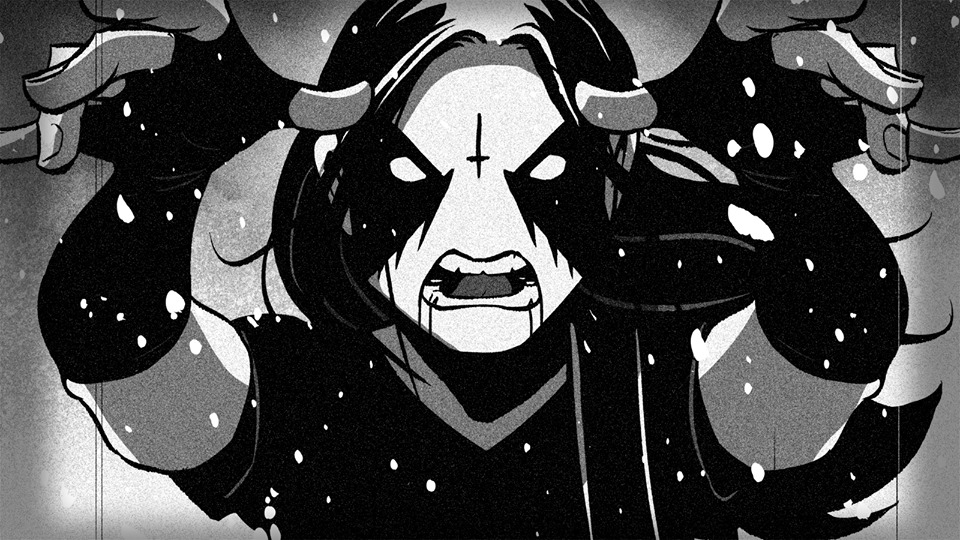 The Crowned Daughters – welcome chunky riffs, a rhythmic drum track, and heavy bass bringing a significant change in Metal style from the rest of the album making this a stand out track. There is subtle respect here to Death Metal, insane double kicks and creative guitar solos, both electric and acoustic.  Oh, yes, and haunting, indie folk style vocals. This vocal style took me by surprise, however, fit perfectly within this exceptional track.  Enter those big vocals again and what a contrast. Possibly my favourite track from this album.  A track full of surprise, brutal tempo, a hectic crescendo of sounds meshed with operatic cries, heavy “break the drum kit” beats, “snap the strings on the guitars” riffs and “spit blood from you guts” vocals.

Pantheon Of The Nightside Gods is melancholy, ambitious and masterful – the orchestral scores are breathtaking and jaw-dropping and possible some of the most intensely dark and moving orchestral scores I’ve heard in Black Metal. Complete with a feeling of authenticity that they, whoever “they” are, played these stringed musical instruments themselves. This is spot-on musicianship, and is highlighted in the finale to this stunning endeavour, “Maleficarum – The Veil Of The Moon Queen” What a brilliant ending to this chapter.

Everything about this band is a mystery. Who are they? Their origin? Their history?

I put the effort in high and low to gain confirmation of who these ingenious artists are to no avail, and well, I guess this is just as they intended it to be.  There is no mistaking though, regardless of the THOUSANDS of Black Metal fans who showed snobbery toward them as I initially did; Belzebubs is no laughing matter.

There is a movement within this album, and that movement is infinite. You must listen.

Belzebubs – Pantheon Of The Nightside Gods

Review: Akrotheism – Law of Seven Deaths
Kelly Tee May 20, 2019
This Is Black Metal ©All rights reserved.