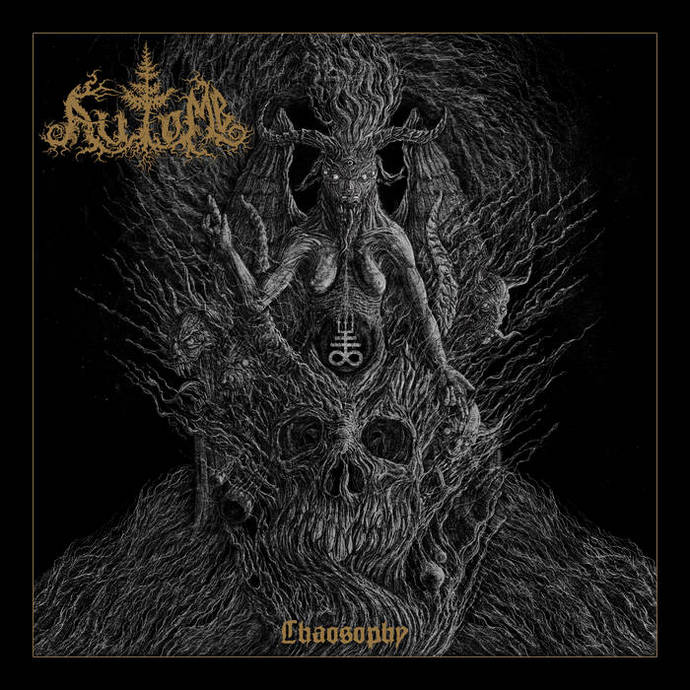 The album opens up with the intro track Path of Return which although short is still foreboding and atmospheric with its heavy rainfall. Transmigration Omega is really where the fury begins with tornado-like blast beats from Fuller and bursting through this tornado is the sheer brutality of Evan’s vocals.

The title track of the album Chaosophy is a track that can you feel all 3 musicians influence on it dips and sways from straight-up Black Metal to having some Death Metal elements, in particular, the chorus. Serpent of the Light feels like it should be placed on Immortal’s Sons of Northern Darkness – you really have reminded yourself at this point that the record hasn’t been recorded on a foggy mountain somewhere & the guitar solo midway through entwined with choral parts really makes this track a particular highlight. 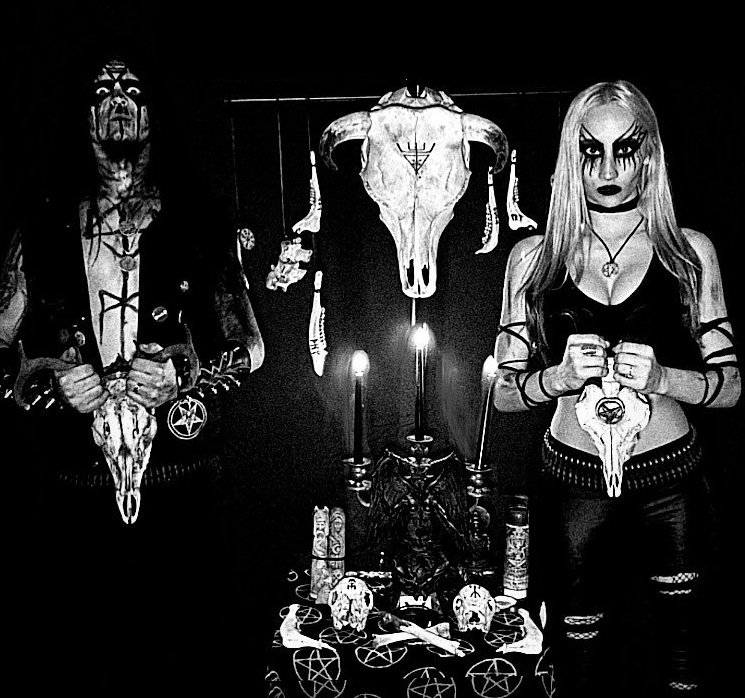 Selbstgott absolutely trudges unforgivingly into the relentlessness of Hel which has a real occult feel to it, another example of the band showing that they are prepared to really expand their sound and let their influences come to the front.

One of the tracks to purchase separately before the album’s release was Trishula for me had some of my favourite lyrics:

“The shadow of the Trishula, casting on the soil.
Foreshadowing the end of lies.
The holy trident of Shiva, slice away the illusion.

We are the call of the void. Endless echoes of the fallen.
The burning trident of truth.

Bring forth the end of the cycle. Erase the ignorance.
Renew the creation.

The destroyer of death itself”.

Penultimate track Cosmic Tyranny is mostly slow and menacing whilst final output Ragnarok offers one final nail in the coffin but also has some great melody to it with some subtle keyboards.

Automb seems to offer everything with this album consistent lyrical themes, varying tempo’s & sweeping melodies whilst maintaining whilst simultaneously combining raw Black Metal with a good dose of Blackened Death.

Scott Fuller & Serge Streltsov were responsible for the album’s production while Wiesławski Brothers of Hertz studio were in charge of mastering. The cover was designed by Nestor Avalos. Additional graphic design was done by Piotr Szafraniec.