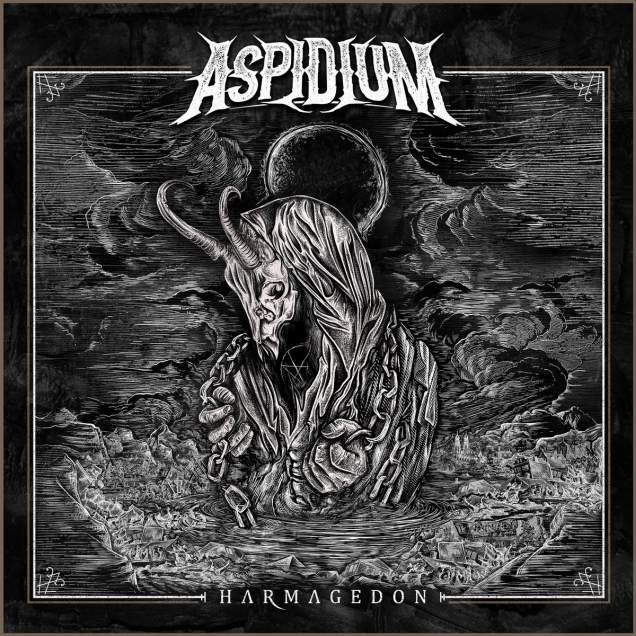 Aspidium has released their second album entitled “Harmagedon” which is presented as a personal project of the German musician Kurt “Jason” Kelderer who took over the songwriting process and supported Lukas Flarer for the recording of the songs making this album an Interesting proposal because it combines the chords of Black Death Metal oriented towards social criticism through lyrics written in German, which in the words of its vocalist intends to come out of the pre-established canons within the genre, qualifying itself as an unconventional band but that adjusts to times recent.

Harmagedon is the song that titles this second album and is distinguished by the performance of aggressive chords that denote the influence of Black and Death Metal in combination with the melodic, describing that feeling of chaos and destruction resulting from the social and environmental events that have happened on our planet in recent times. It is a raw song on an instrumental and lyrical level that summarizes the musical proposal that we can find on this album.

Welt vorm Kollaps addresses the environmental impact that we are generating as human beings within our planet. Jason “Kurt” Kelderer’s performance begins with some melodic overtones that become more aggressive and heavier as the song progresses, and which is a product of the European influence the band has received in recent years. 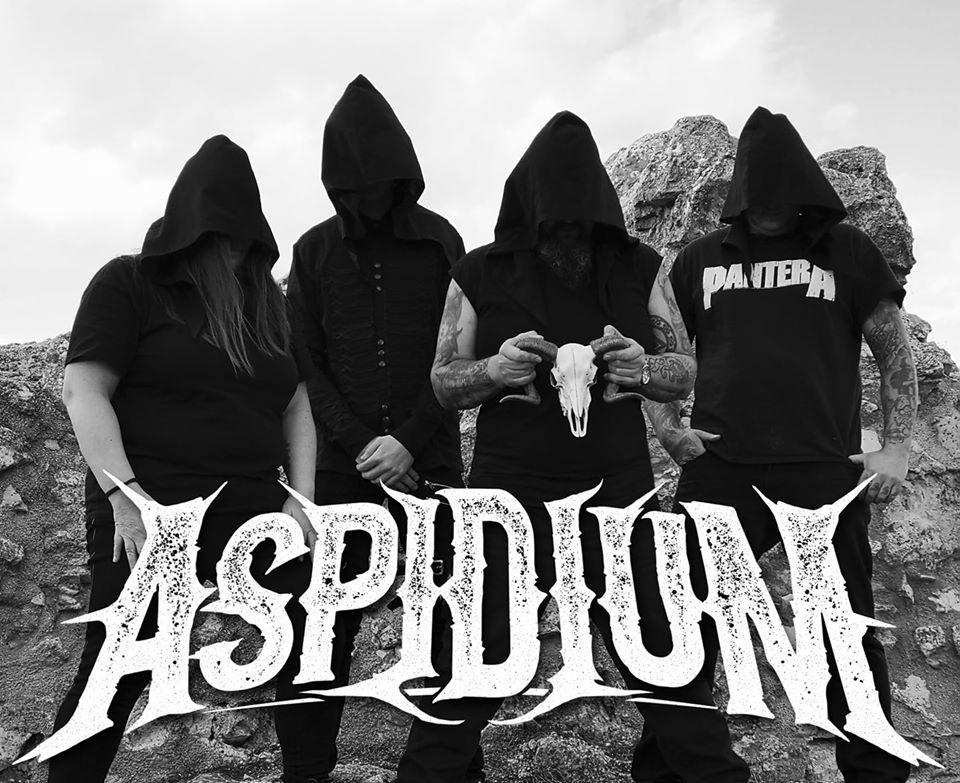 The way in which Aspidium transforms some political-social issues through music in songs like Gleichschritt Marsch denotes the mastery with which Kurt Kelderer intentionally or perhaps inevitably performs a retrospective on the history of Germany when addressing issues such as the manipulation of masses and the ambition for power, being issues that still remain in force worldwide. In contrast to Tödliche Begierde who shows us from psychological perspective terrorism by trying to explain the intrinsic motivations to cause chaos and destruction in today’s society and who in musical terms presents us with a proposal that is more attached to the old school of Black Metal, the fusion with some symphonic elements makes this song a masterpiece. A job well accomplished by this Teutonic band.

When we talk about growth on a world scale it could mean an improvement in our quality of life, however, Aspidium questions this term in Scheinwelt being forceful when mentioning nichtsistwie es scheint (nothing is what it seems). What I like about this song is the combination of the guitar and the drums together with some symphonic elements, which adds more drama to this song. Elegie is another of the songs included in this second album that follows a similar theme line oriented to the feeling of uncertainty that we live day by day.

One of the topics that upsets human beings and that has been subject to constant questioning has been religion and that through Falscher Prophet has been addressed through music by Aspidium. One of the aspects that strikes me about the song beyond being a relevant theme is the vocal performance of Kurt “Jason” Kelderer presenting himself as a protest against the double standards of people who are hiding under a mask of nobility, but they really cater to other interests.

This album culminates with Monochrom that illustrates through music a gray panorama that has forced the questioning of the social political system established in our society and that has led to a strong environmental and emotional impact. This song is distinguished by the transition of aggressive and melodic sounds in combination with Kelderer’s guttural voices.

Harmagedon is a crude and realistic album that forces us to question ourselves about what is happening around us and about our own existence. It is an album that combines the harrowing voices of Kurt “Jason” Kelderer with the dark and aggressive chords of black and death metal show a sense of disagreement about the situation we are experiencing today. I have always been an admirer of concept albums that address current social issues, and this is a great album. A pleasant musical proposal in these times of pandemic.