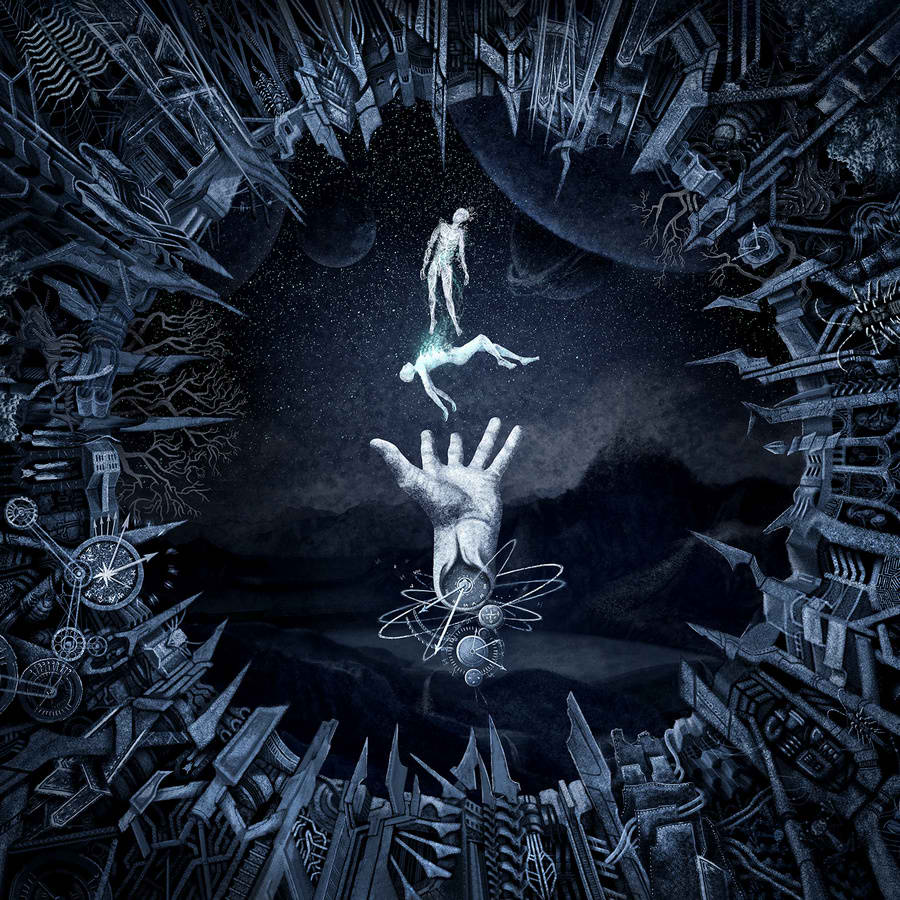 Finnish Black Metal is one of the most assorted that exist within this subgenre, it’s not like the French or Icelandic scene, where most of the bands share certain similarity regarding the sound and atmosphere … AND OCEANS is a band that could serve as a clear example of it, especially because of the great difference they had among each of their 4 albums, meanwhile in their beginning launched 2 great albums of a courageous and intense Symphonic Black Metal, what they did later in their following experimental works of Industrial/Electronic, was something really ambiguous. Other examples that I could mention were works of bands that shared some members such as Enochian Crescent, True Black Dawn, O, and why not, the big difference between bands like Behexen y Trollheims Grott.  But… that’s another story.

This is one of the most anticipated returns for me since 2002 the band had a long inactivity  period of 17 years and as their loyal fan I have kept myself update of their news, since their reunion 2 years ago approximately, they have been touring and reviving some of their most captivating tracks from their previous albums with their 3 original members (Kena “Kenny” Strömsholm, Timo Kontio y Teemu Saari) and Syphon, (he was in the band since their last album “Cypber”

Finally, afterwards such long time, the wait in order to savour new material has over with this new album “COSMIC WORLD MOTHER”, that launched through Season of Mist label, on May 08th, 2020

I didn’t want to overtake or make myself a verdict until do not listen to the whole album, because as I mentioned it previously ….AND OCEANS is an unpredictable band and they could still surprise us, but they when they showed us 3 singles as an advance in a very judicious way, it was possible to hear something really promising.   Many elements regarding a small return to that raw and intense sound of “The Dynamic Gallery of Thoughts“, but obviously with a precise touch of modernity and originality, the first 3 tracks were the presentation letter of the album in advance. 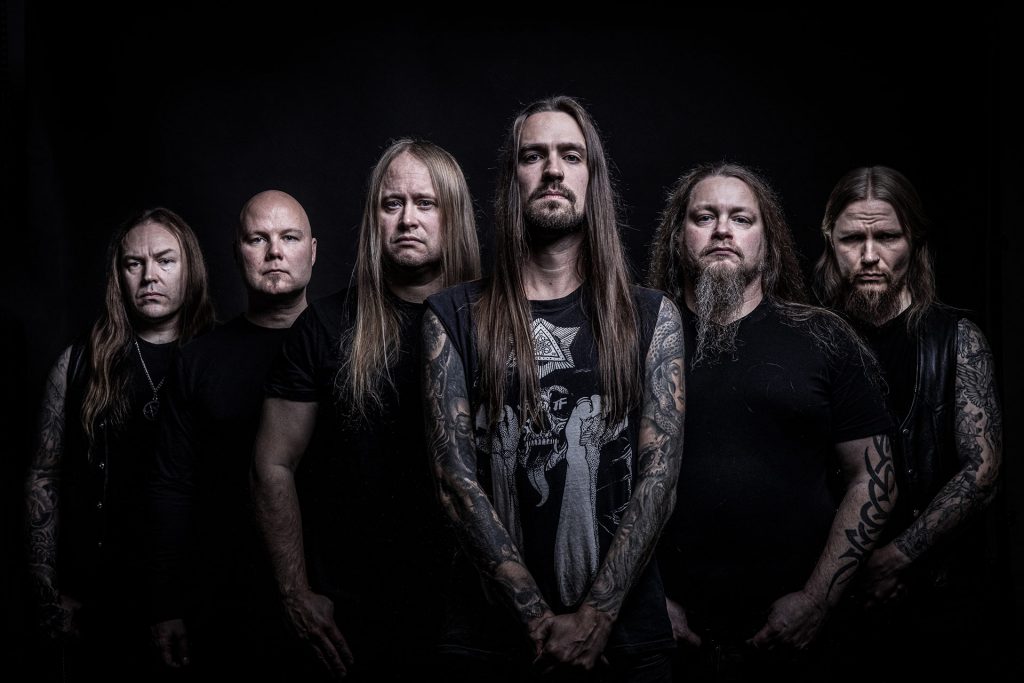 “The Dissolution of Mind and Matter“, opens the album, letting clear that during all this time of meetings and touring has helped them in a very inspirational way and with a spirit to create again extreme metal, it´s a theme that surprise us with a framework of high performance, vigorous riffs and a surrounding and melodic atmosphere that Timo y Teemu capture on each song.

The album moves along the same line, like the rest of the songs, leaving a bit behind that eccentric and inflexible sound of their last 2 works (A.M.G.O.D.. and Cypher), in order to unleash to that antique and courageous Symphonic and Melodic Black Metal from their beginnings.  I don’t like to compare but if I had to do it, I would approach it to that unique jewel of the Norwegian’s ODIUM “The Sad Realm of the Stars”, with the whole disturbing atmosphere in long explosive tremolos and the keyboards adding that touch of cosmic environment meanwhile the furious shrieks of their new singer Mathias Lillmáns (Finntroll) creak and torn everywhere.

Mathias has a unique ability to express the Black Metal with his dual voice and without any doubt, it was the best choice to “COSMIC WORLD MOTHER”, but maybe the nostalgia or the desire to listen again to Kenny into this new album of …..AND OCEANS, I might be more satisfied, even though  I don’t know the reasons why he was not part of this work.

“COSMIC WORLD MOTHER”, without any doubt,  it marks one of the most expected returns, especially for those that saw the glory of jewels such as “The Symmetry of I, the Circle of O“ were some keyboards elements can be appreciated in some of their themes like “Five of Swords” and “As the After Becomes the Before”, in some changes and tempos. The theme that provides the album’s title, begins with a beautiful keyboard or maybe is being decorated with some electronic area very subtle that it gives a certain avant-garde touch to that whole explosiveness.

Something that must be mentioned it’s the production, while clean and organic, the great presence of the keyboards on each one of the themes it doesn’t feel that flood the album and it can be appreciated perfectly from the rest of the instruments.   The drumming works by KankoKuusisalo (Gloria Morti, Aegrus) is beyond outstanding, Even though the sounds is not similar as in previous productions he adds another wise move and step forward to the new pathway of the band.

“Helminthiasis” has a symphonic interlude pretty good,  that provides a good highlight to the song “Oscillator Epitaph“, is one of my favorite themes of the album so far, it’s a theme full of atmosphere and very memorable riffs and tempos, just right here Antti Simonen definitely bright with the keyboard works,  in a Sverd style of the 90´s ending and with solo guitar surfing among that atmosphere, brilliant!!!.   Introducing to the only one instrument theme of the album “In Abhorrence upon Meadows”, a piano is the structure and evolving the room with a certain melancholy feeling.

“Apokatastasis” and “One of Light, One of Soil” put the things again in a very disturbing and energetic tone, with 2 themes replete of ultra-fast riffs, overwhelming drumming and above all, the keys give a shade of sublime cosmic symphony.  And thus, give way to the last and eleventh theme of the album “The Flickering Lights“, which slows down and ends the album in a brilliant and captivating way. Is them to have a break and enjoy of the end of a journey to the band’s roots in a way that could not be better.

Everything is an excellent decision from  Timo, Teemu, Syohon and Kenny, to meet and reunite again and bring back the band because the result of it an album certainly surprising with a great reflection of their roots and the proper touch of modernity, something absolutely pleasant and promising with the new band members.

Im absolutely confident that this album will give us a lot to speak about and it will get pretty good results, for the band and extreme metal scene. Long Life to …AND OCEANS!

Interview: Annihilatus
Lucretia and Clerik May 19, 2020
This Is Black Metal ©All rights reserved.