Two years have passed since Afsky’s debut full length album, Sorg, an excellent work combined melody, depression and aggressiveness. Now, they have returned with a new album, not so far from their previous one, as it concerns musical approach and the feelings that create to the listener.

Let’s start with the cover. Quite similar to its predecessor, once again it’s dealing with the last moments of the human existence. Though Sorg’s cover was in b/w, portraying the suicide of a young man, this one is adorned by a Danish painter work. It shows a woman who mourns her husband, a quite strong theme. Why did I start from the cover this review? Because the covers are the visual aspect of those two albums, the similarities and mainly the differences between them, can be transferred onto the music they contain.

In just a few words, Sorg is more bitter and aggressive than the follow up, which sound a little bit more melodic, creating warmer feelings, at least to me. Now, let’s write some more details about their new work. 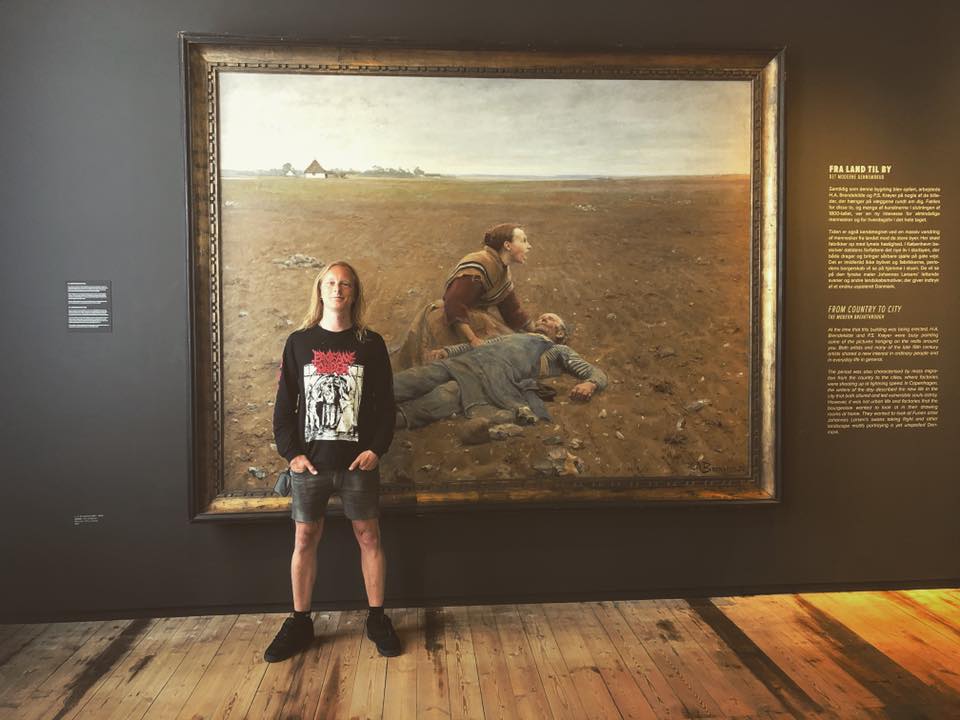 First of all, the guitar sound and the rhythm section, have a more “bassy” full sound, reminding me of the sound of Solbrud’s “Jaertegn”. At this moment let me refresh your memory, saying that Afsky is the solo project of Ole Pedersen of Solbrud. This fuller sound leads at the warmer outcome I mentioned earlier. Secondly, melodies in this album are a little bit more epic in a somewhat triumphant manner. Just listen to the closing song (Angst) that carries this Drudkh vibe through it. Since I mentioned influences from other bands, except the Drudkh and Solbrud similarities that were present also and on Sorg, here we have and a little Swedish a la Dissection/Sacramentum approach (imperia and Bondeplage). But all these influences are filtered by the minimal style of Afsky riffing, which allows 2-3 riffs in each song. This was also present in Sorg too.

If this is your first time listening to Afsky, you would greatly enjoy this one, Ofte Jeg Drømmer Mig Død has a lot of riffs that gonna stuck in your mind. Personally, I prefer a little bit more Sorg, especially over the years it grew even more in me, thinking the mark I put on it (8.5) was a little strict. So if nowadays I think Sorg deserves 9/10, this one gets…