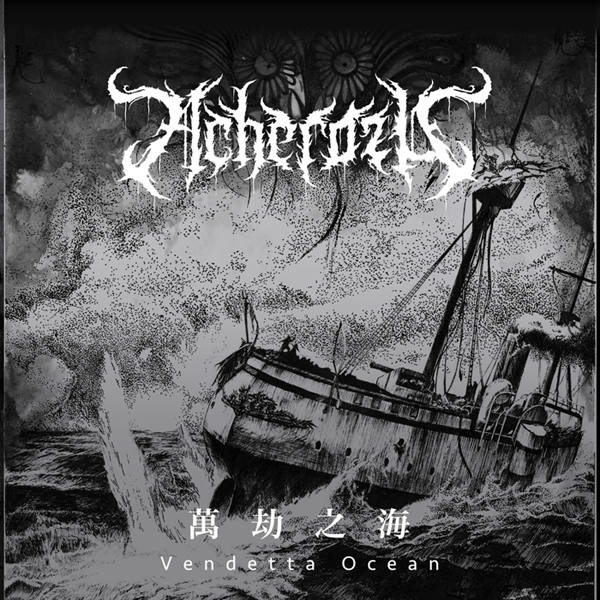 Chinese outfit Acherozu bill themselves as ‘black thrash’ and on Vendetta Ocean, their second full-length following 2015’s Uncrowned King, both flavours are certainly evident. In the black corner, we have Tora Xie’s vocals – like Jon Nodtveidt exhaling an ashtray – as well as tremolo leads and some furious pedal work. In the thrash corner, we have skank beats, wailing solos and bass that clangs like a dungeon trapdoor. But at times, Vendetta Ocean reclines into sluggish, thumping grooves and there’s an unmistakable power metal vibe that exudes heroic exultance; I’d suggest they call their sound ‘Black Power,’ but I suppose they probably shouldn’t…

Still, the epic sound is more than a match for their abundant use of mythology. Their name compounds ‘Acheron,’ the dark river of Greek origin with ‘zu’, meaning ‘die’ in Chinese. Indeed, they bring an expansive range of mythological references to Vendetta Ocean, from Norse to Old Turkish. But such references are loosely scattered around the core concept: a magic realist tale about a Chinese shaman who joined the navy to defend Qing Dynasty China from the Japanese invasion in the late 1800s. Unsuccessful, he did what any shaman would do and dropped a festering curse into the waves, hence ‘Vendetta Ocean’. I can’t find any historical evidence for this event, but still, it’s a killer story, reinforced by some gloomy cover art– a greyscale warship bombarded by cannons between furious sea and funereal sky. 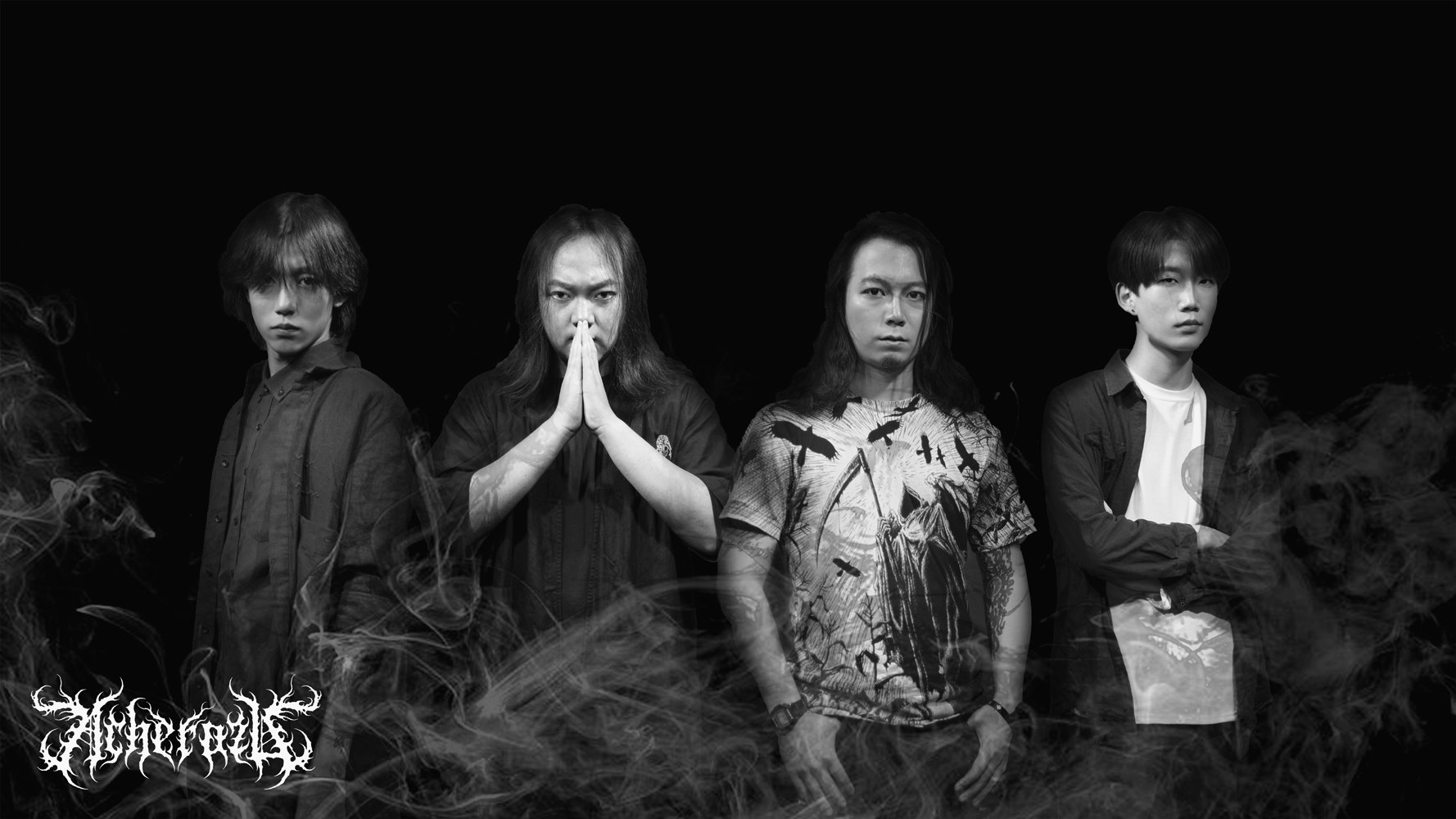 The tale begins with Demon Phantom, thundering in with a crushing central riff, infectiously melodic tremolo leads and some furious skank beats. It chugs and steams into a squealing solo that ends a little too briefly for my liking, but still, a compact, anthemic flagship to lead the charge. Sun Katana is an upbeat, groove-riding stomp with militaristic drum rolls and a bombastic breakdown that makes way for tumultuous pedal work and yet-more noodling wails from axeman PirRaf Qi. Third track Abkana, perhaps the most 80s feel of the lot: pounding toms, epic riffage, blackened leads – a macho, chest-puffing juggernaut that it’s impossible not to headbang to. Dragon’ Flag skanks with punky mischief as sharp-edged riffs jostle beneath flamboyant sword and sorcery lyrics: ‘Arrows like rainstorm/ Blades like shadow/ Armour like an iron wall/ Moves like lightning.’ Barbaric Power is as thrashy as it comes but blackness blasts through any crack it can find with buzzing bass and double kick interludes. It appears to be the band’s first chosen single and it’s easy to see why: a filthy, concentrated shot of everything on offer.

Die in 1894 is an instrumental interlude that brings more 80s nostalgia: throbbing synth bass, trumpets (!) and lilting acoustic arpeggios, all to a hazy backdrop of ocean sounds. It’s like Jean Michelle Jarre and David Lynch on a beach holiday in a warzone.  Following this, things take a darker, nuanced turn. Gashan stands out as particularly anguished and unhinged, with manic blasts, hollow skank beats and droning guitars etching a bleak, apocalyptic crustscape. Jurgan offers respite in the form of an elegant, female-fronted acoustic melody with the only Chinese vocals on the album. It’s a hypnotising moment of mournful reflection before a ferocious finale. Oceanic Sacrifice marks the peak of violence and triumph, but we’re beyond corporeal warfare and into the demented realms of the supernatural: ‘Trunk turns into snake-body/ Mountains are my blood vessels.’ Emphatic power leads to squirm and squeal above thunderous drums. But the violence relents into more folky reflection, before exploding into a reverb-laden solo as PiRaf Qi enjoys his Kirk Hammett moment. The trackslams out with pummelling anger, leaving terminal track Broken Waves to finally detonate the curse with riffs that could shred the hull of any battleship, juxtaposed with reverb-laden intricacies. A fitting end to the saga.

To conclude, the solos are too darn short to be truly spectacular and, at times, can feel a little bolted on; the vocals are consistent but never truly unsettle. But still, this is a brooding storm of a record that invites you into a dark and dangerous realm. Indeed, you’re left never quite knowing where reality ends and the nightmare begins. An ambitious and intriguing concept well executed.

Review: And Oceans – Cosmic World Mother
Alexander Welt May 18, 2020
This Is Black Metal ©All rights reserved.