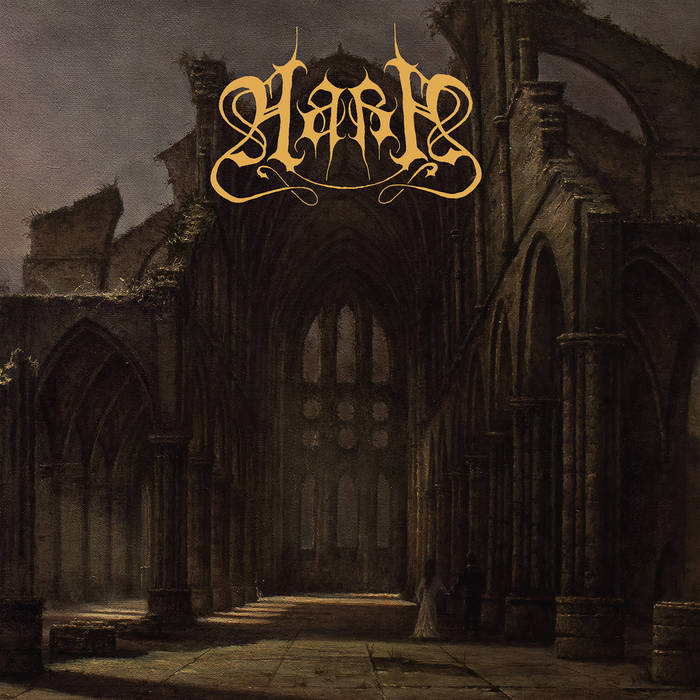 Released in May this year is round 2 of Aara’s epic trilogy based on the novel “Melmoth The Wanderer” by Irish writer Charles Maturin (1820). It may be remembered that round 1 (Triade I –Eos) was a triumph of sweeping melodies, huge arrangements, screeching vocals and a crushing, heavyweight atmosphere that left the ears ringing for days. The sheer intelligence of this band coupled with their clear raw talent makes for an act that has bypassed many mediocre Black Metal bands in their surge to the top of the heap. So we know their pedigree, but does the second installment of this trilogy measure up to the first?

The album kicks off with a  ‘verbed doom-laden minute of intro guitar, introducing “ Phantasmagorie.”  A further minute of tension building leads to a band and the track is underway, slowly at first whilst the melody establishes itself, but characteristically blasting off shortly after at the usual warp speed. Fluss (vocals) enters the stage with her trademark howls whilst Berg (everything else) creates and builds those beautifully complex arrangements, that would have Beethoven punching his way out of the ground to hear. And just when you thought they had forgotten to add a choir, in they come with a couple of minutes of the track remaining. A fantastic opening.

“Adonaia’s Elegien” begins as a more measured affair, the afterburners temporarily cancelled as the saddened black stacked guitars take charge. It’s becoming clear that this work has a slightly better, crisper production that Eos and on tracks like this,  when the synths are dialed down and the guitars shine through, this becomes seriously evident. The scales rocket up and down throughout the track, alternating between head-mashing heaviness and pretty melodic moments that make you once again smile and thank your chosen deity that you’ve discovered this genre.

Bucking their established trend, “Sonne Der Nacht” opens with some clean vocals courtesy of Fluss. She has a strange, almost Romany tone that fits the music and atmosphere of the album well. And of course, it does everything to add to the dynamics of the track, another rapid, riff-heavy slab of quality. Of course, she screeches her way through the rest of the track, unaided by the synths which are curiously absent… 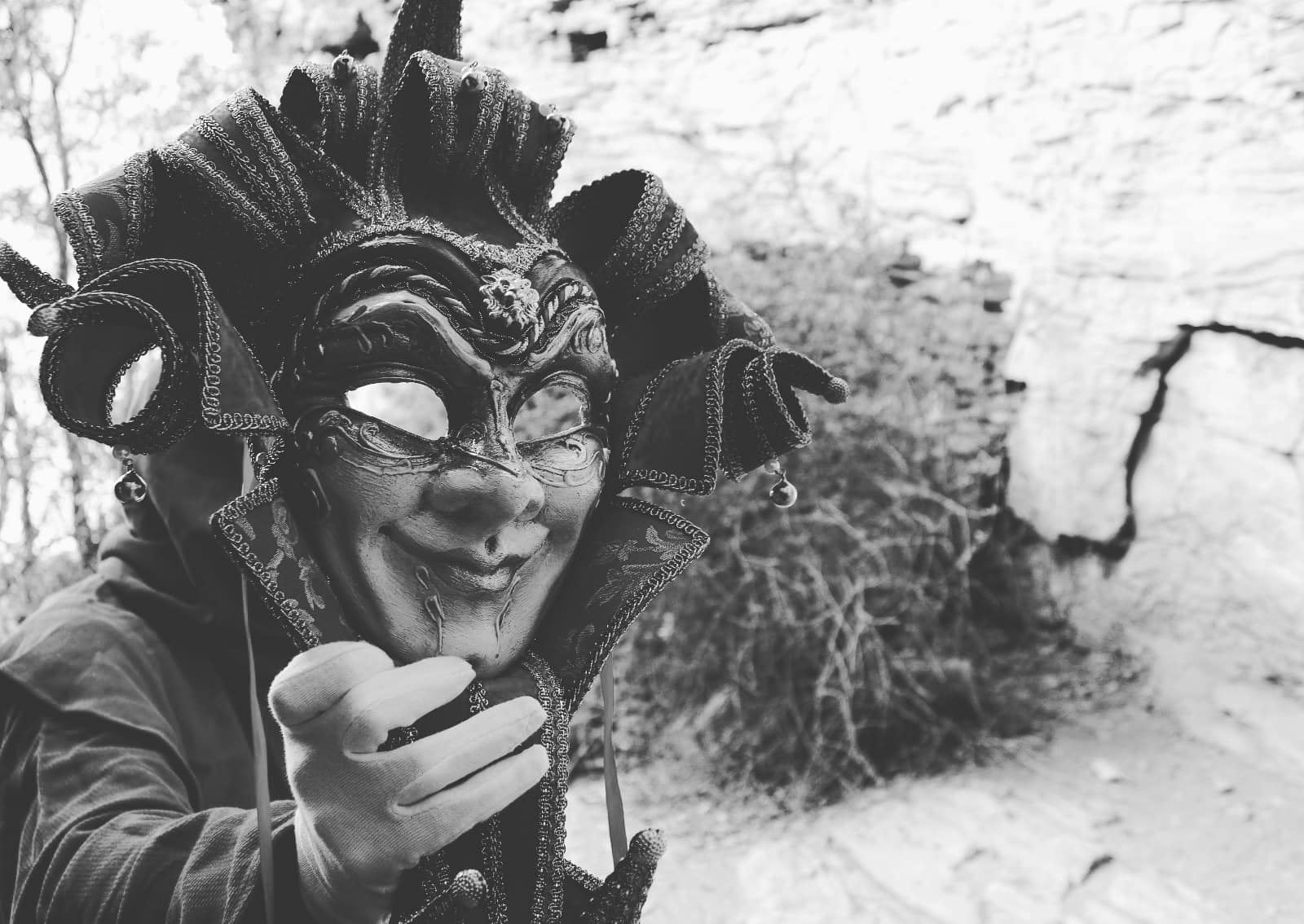 Track 4, “Das Dunkel der Welt” sprints out of the blocks like a startled deer and doesn’t really slow down. The blastbeats clatter faultlessly whilst Berg stitchestogether most of the riffs he’s been working on all his life. It’s relentless and great to hear a band that’s so full of ideas.Once again the synths play no part, they must be hiding around a corner…

“Strepitus Mundi” opens with a few black electro clanks and bangs,  and then settles into its allotted place in the album with comparative ease. It’s one of the longer tracks but don’t go looking for some Cradle of Filth-esque mid song breakdown because it ain’t coming. As with the previous tracks, it’s tune after tune, riff after riff, no let up. The energy generated by this album is quite extraordinary and it’s testament to the band’s writing skills that they can keep this kind of quality up without repeating themselves. The last minute or so of this track is something to behold. And still no synths..

Already, the final track is upon us, the beautifully realised “Mitgift.” This time, Aara do actually plug the synths in, adding a wonderful mystical deep choir to the windswept main theme, but they’re not overstated, complementing rather than taking centre stage. Of everything on offer on this album, this track is the one that most lends itself to the style of the previous album but in general, Aara have kept this release as a very separate entity to its predecessor. Sure, it’s part of a series, but it stands up on its own with no safety net required.

To conclude, “Hemera” stands beside “Eos” as a lesson to many bands in the dark art of creating quality Black Metal. If there’s any slight criticism to be found, (and it is slight) then I’ll need to mention the lyrics. Aara are in the midst of creating an epic trilogy of albums, based on a classic gothic novel from the early 1800s. Surely we should be given a clue on the lyrics? Of course, the lyric sheet may well be included in the cd release and to support the band in the best way possible, this is how the release should be attained. But in a world that is now 99% digital, the listener is most likely going to stream this album on one of the various platforms, and  is going to have to delve deep into planet internet to gain an understanding of how Aara are interpreting the story. Because it’s nigh on impossible to catch anything intelligible from the vocals. This isn’t a criticism of Fluss’’s vocals, far from it, I just feel as if I’m missing out a little on the story being created.I’m not going to read the book (which I assume would be Aara’s response) and so feel that perhaps making the lyrics more accessible would be to their advantage.

But this is a minor personal moan, if you’re looking for a blazing Black Metal band, full of energy, full of ideas and full of exceptional song writing then look no further than this band. The jump from the woods to the library has never sounded so good, and I can’t wait for Volume 3.