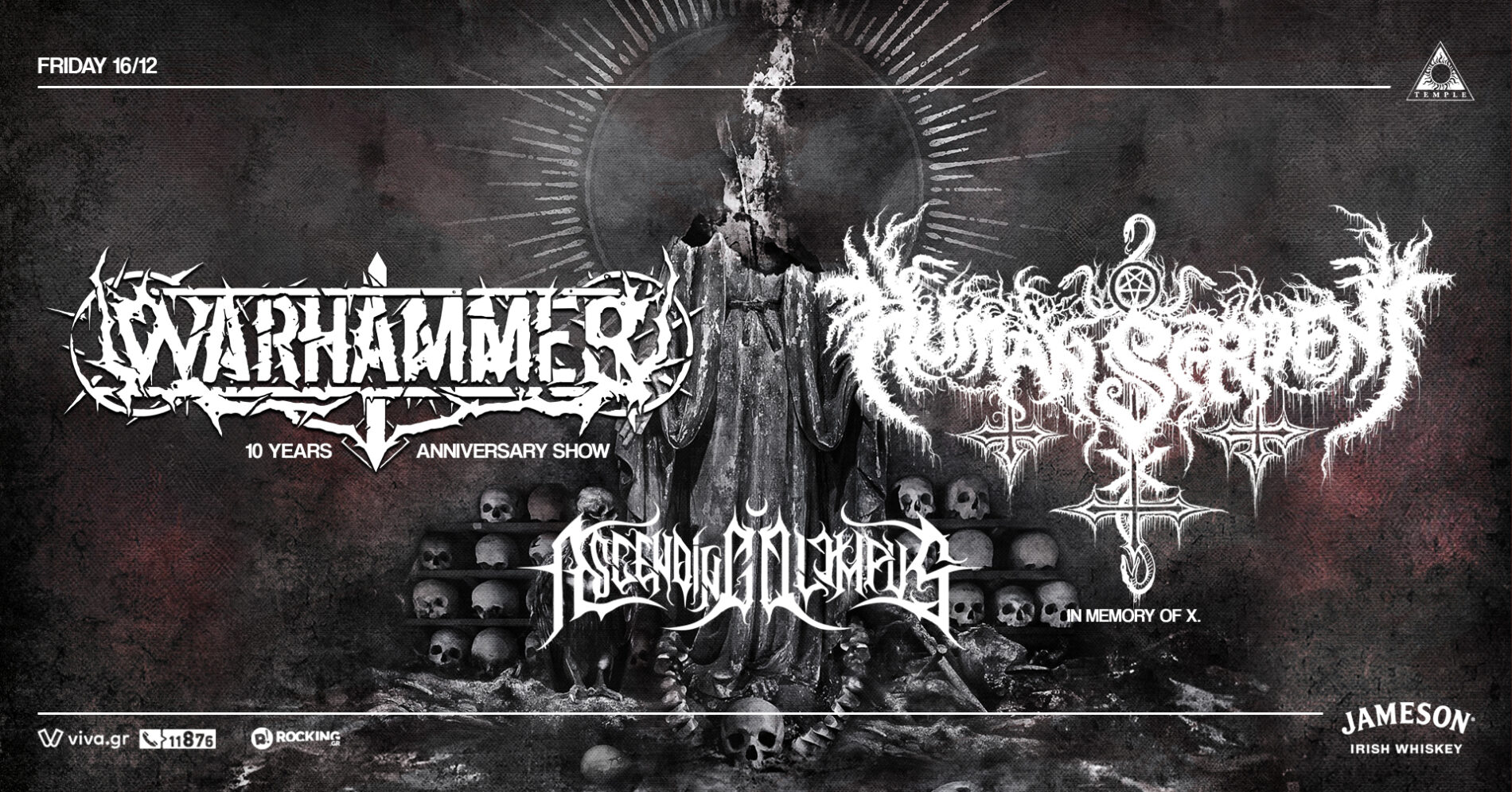 Death/Black Metallers from Athens, Greece Warhammer celebrate their 10 years of existence and wrap up a full-schedule year that includes a Balkan run with Batushka and a Latin American Tour with a very special show in their hometown. The concert will take place at Temple Athens on Friday the 16th of December. The setlist will include the most mature album of the band, “Ashes and Cinders” in its entirety and not only and the performance will also have the band’s latest addition: the live use of saxophone!

Opening acts for this extreme night will be Ascending Olympus (with members of Karma Violens and Jaded Star) at their debut appearance and I. , drummer of Human Serpent that will play a special tribute set together with Warhammer dedicated to late Human Serpent mastermind, X. See you all!
Tickets on pre-sale at viva.gr, Kagmakis Music Store and from the bands
Viva link: https://www.viva.gr/tickets/music/warhammer-10-years-anniversary-live-at-temple/