News: The Projectionist – Visits From the Nighthag Part 2 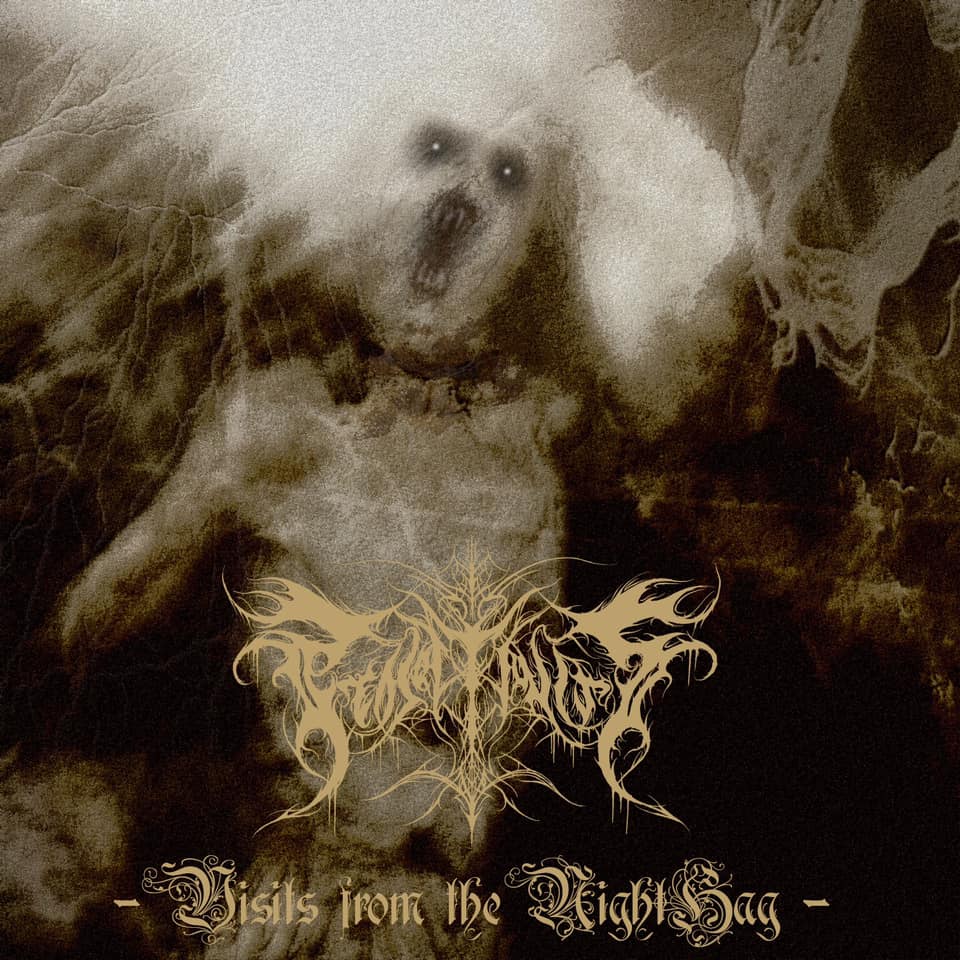 Visits from the Nighthag Part 2

It’s only been a little over a month since Lörd Matzigkeitus and his compatriots in The Black Sorcery leveled damn near everyone and everything with Wolven Degrade. Essentially napalm delivered in concentrated musical form, and adorned with a cover that proved way more controversial than it should have, it’s easily the best war metal album anybody is going to release in 2019.

It is not, however, the best album that Lörd Matzigkeitus is releasing in 2019. Not by a long shot.

That honor goes to Visits From the Nighthag Part 2 from his main project The Projectionist, the second half of an epic black metal opera begun with last Halloween’s release of Part 1, and just one part of a massive (and massively ambitious) six opera cycle. Angry Metal Guy scribe Master of Muppets called the first half of the saga “the most intriguing and engaging listen I’ve had the privilege of exploring all year, an imaginative and perilous journey with an absolutely perfect soundtrack.” 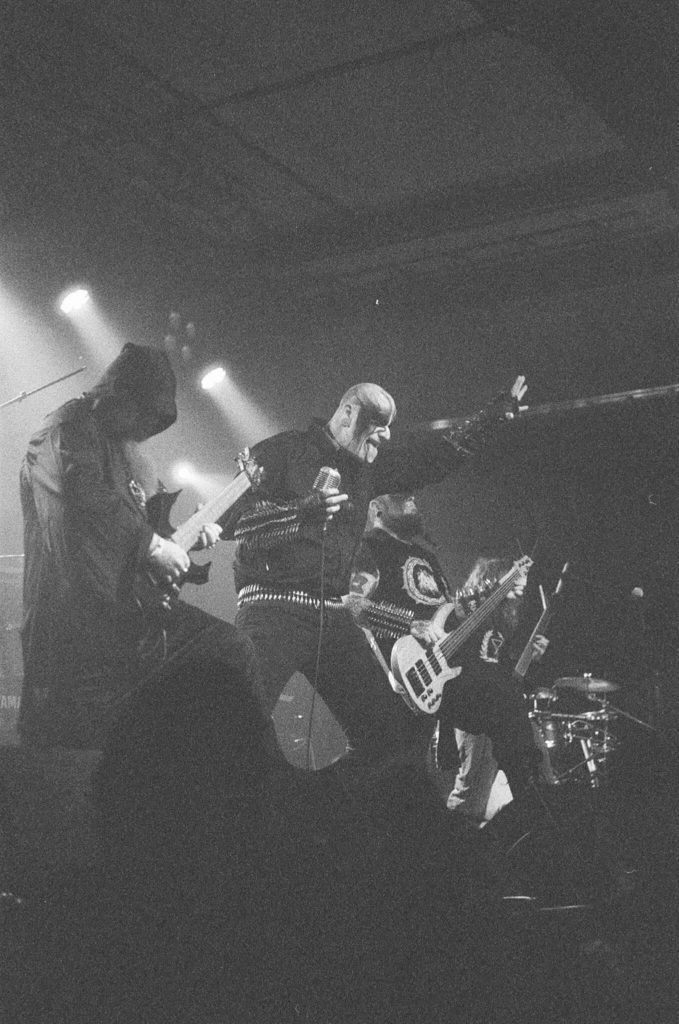 Part 2 is a ferocious record that climbs to a frothing crescendo of chaos and battle – a master class in building tension through eerie ambiance as the story builds to its climax. As a musical unit, Parageist (guitar), Orpheus (bass/orchestraions), Clytemnestra (piano), and Malphas (drums) have an almost uncanny sense of dynamics. Whether it’s the strange and powerful bone magicks, the epic showdown the theatre with the infernal NightHag, or the revelation of George’s final fate, they know exactly when to lay back and let the drama develop, and when to dial up the urgency in order to amplify key events. Caesar Tiberius of Ides of Winter/Galaxy Black and Aven Haunts continue in their roles of Dr. Bendix and the NightHag respectively, which helps make Visits From the Nighthag Part 2 feel less like an album one simply listens to and more like an experience that demands full immersion from its audience.

Of course, as Sleeping Village Reviews points out, “the sheer range of the Lörd’s vocal capacity is a primary draw,” regardless of which of his myriad projects is being discussed. From the “asphyxiated whispers gurgle and groan, rising (or perhaps falling) into animalistic ravings, throat-wrenching and tangibly pained” to the “grotesque menagerie of grunts, growls, and gurgles, like bubbling cauldron of toxicity” that so impressed No Clean Singing, the Nighthag saga allows him to showcase each and every one of his vocal personalities. 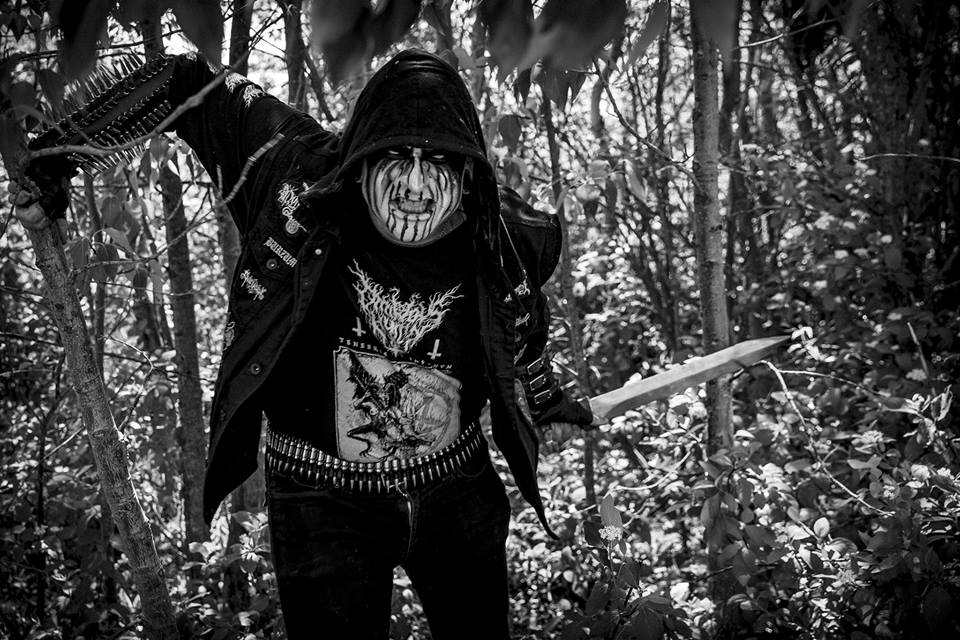 Like a King Diamond with Shakespearean aspirations, or a Mark of the Devil from Cultes des Ghoules with a pronounced Hammer Horror streak Lörd Matzigkeitus stands virtually without peer among extreme metal lyricists and vocalists, and Visits From the Nighthag is his crowning achievement with The Projectionist. At least until he’s ready to unleash the next part of George’s story upon an unsuspecting world…

The release of Visits From the Nighthag Part 2 will be preceded by a series of seven movie serial-style mini-films, one for each of the album’s seven tracks, in which His Lördship further delves into the horrors that await those who enter the realm of the NightHag. 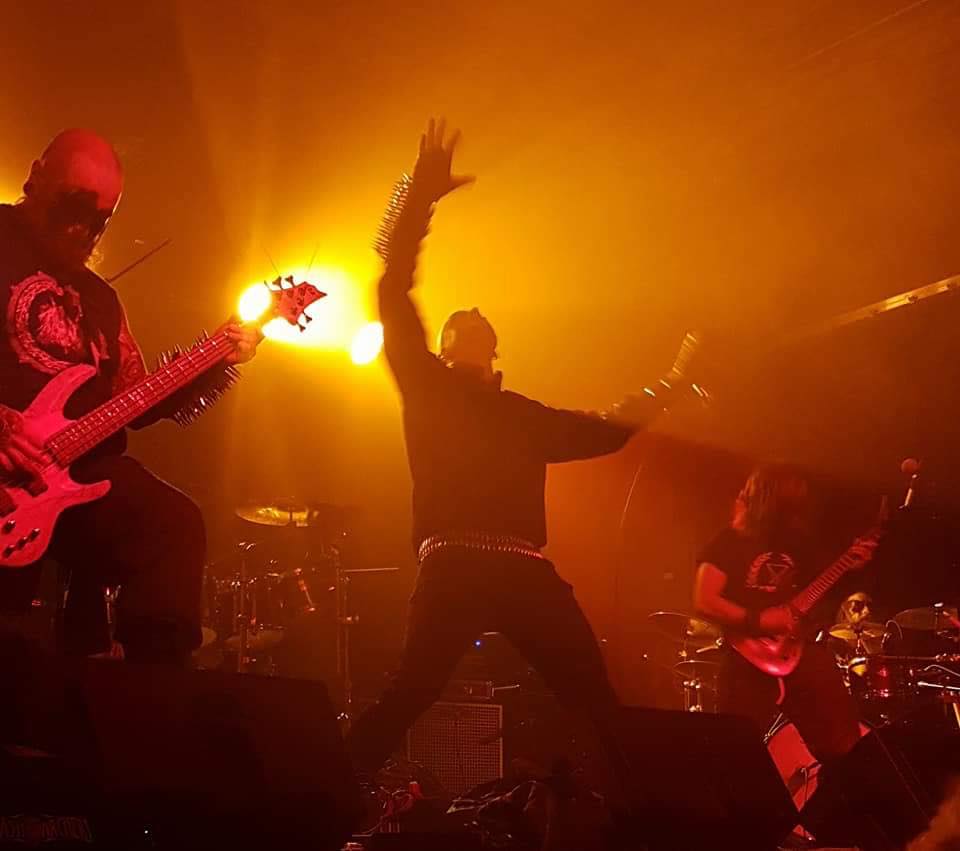 Visits From the Nighthag Part 2 will be availabe both digitally and in a limited run of 100 black vinyl LPs from Appalachian Noise Records. Preorders will soon be availabe here: 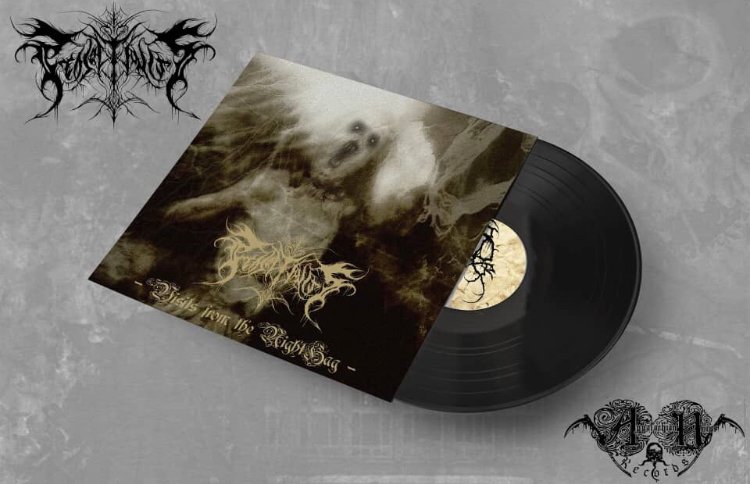 The Projectionist – Visits from the Nighthag Part 1 (Full Album)