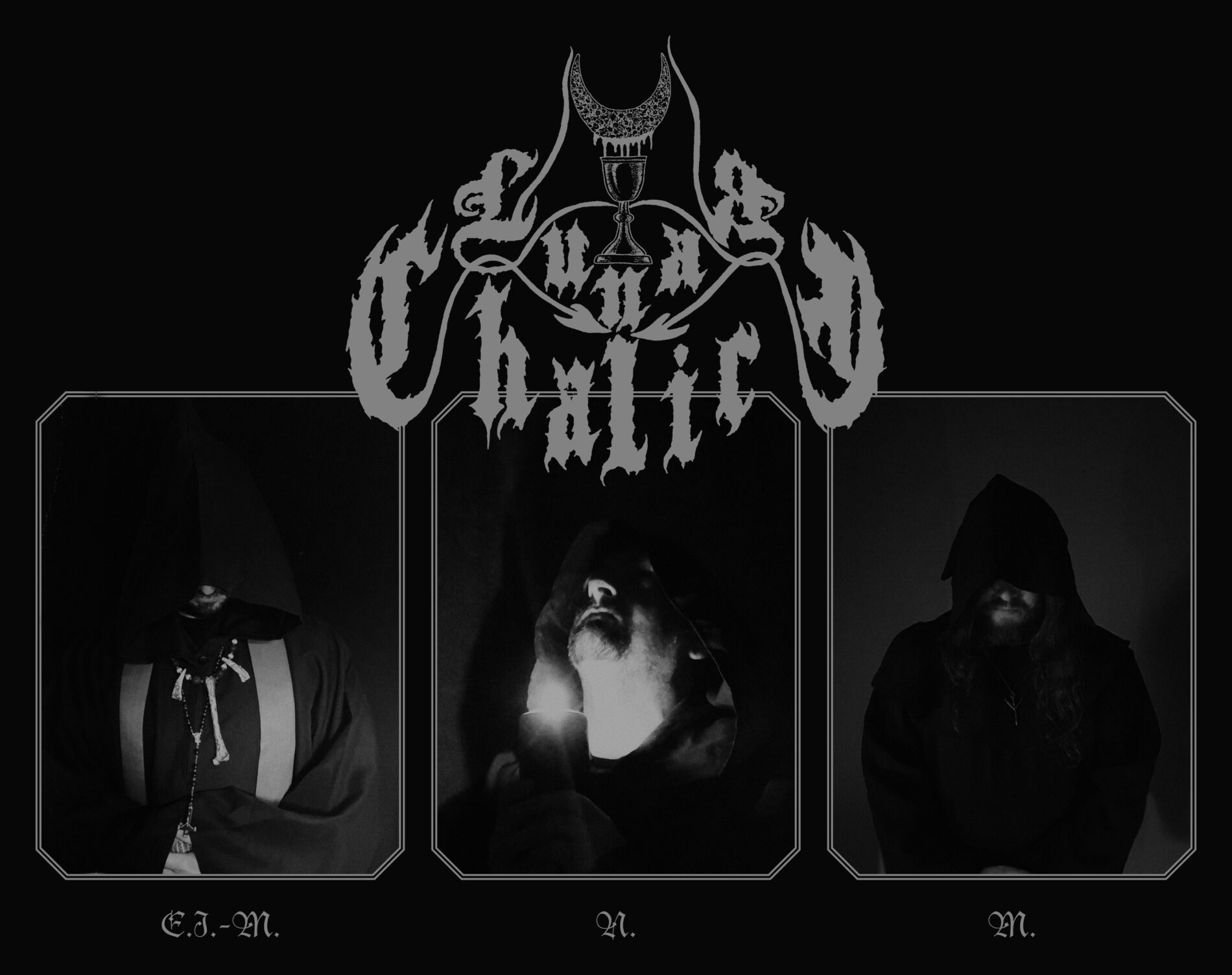 Formed in 2019, Lunar Chalice comprise prolific veterans of the German metal underground. Under the alluring moniker Lunar Chalice, the band quickly set upon a slew of releases, first with the Walpurgis Dance demo in 2019 and the Night Poetry EP right after, exhibiting a subtly refreshing approach to classics-minded black metal. The next year came the even-stronger Medieval Cults of Heresy EP, thus setting the stage for the band’s debut full-length.

Taking a relatively longer time given their feverish creativity, Lunar Chalice now deliver the grand statement of their so-far-undiscovered powers, Transcendentia: The Shadow Pilgrimage. With one steel-toed boot planted under a funeral moon and the other in a world without end, Lunar Chalice give a masterclass in stripped-down songwriting rich in nuance and dynamics. Their black metal is like a boulder gathering momentum down a mountain and rumbling across valleys; the movement is inexorable, and portends doom, and simply cannot be stopped. Lunar Chalice, in effect, extend a spectrum of black metal sonics that’s feral and unhinged on one hand and mercilessly martial on the other; that their almost-overwhelmingly physical onslaught is deliberately (and eerily) clipped betrays both a depth of vision and a rare grace in a landscape usually laden with filth. Which isn’t to say that Transcendentia doesn’t sound “dirty” (it does), but rather that that’s not the overarching thematic – that there’s a sense of ceremony or even regality at play here. Credit due to the absolutely madman vocals of bassist E.I.-M., who more often than not channels a clean tenor that’s more disturbing than most “black metal” vocals.

Past, present, and future: Lunar Chalice‘s vision encompasses all on Transcendentia: The Shadow Pilgrimage. 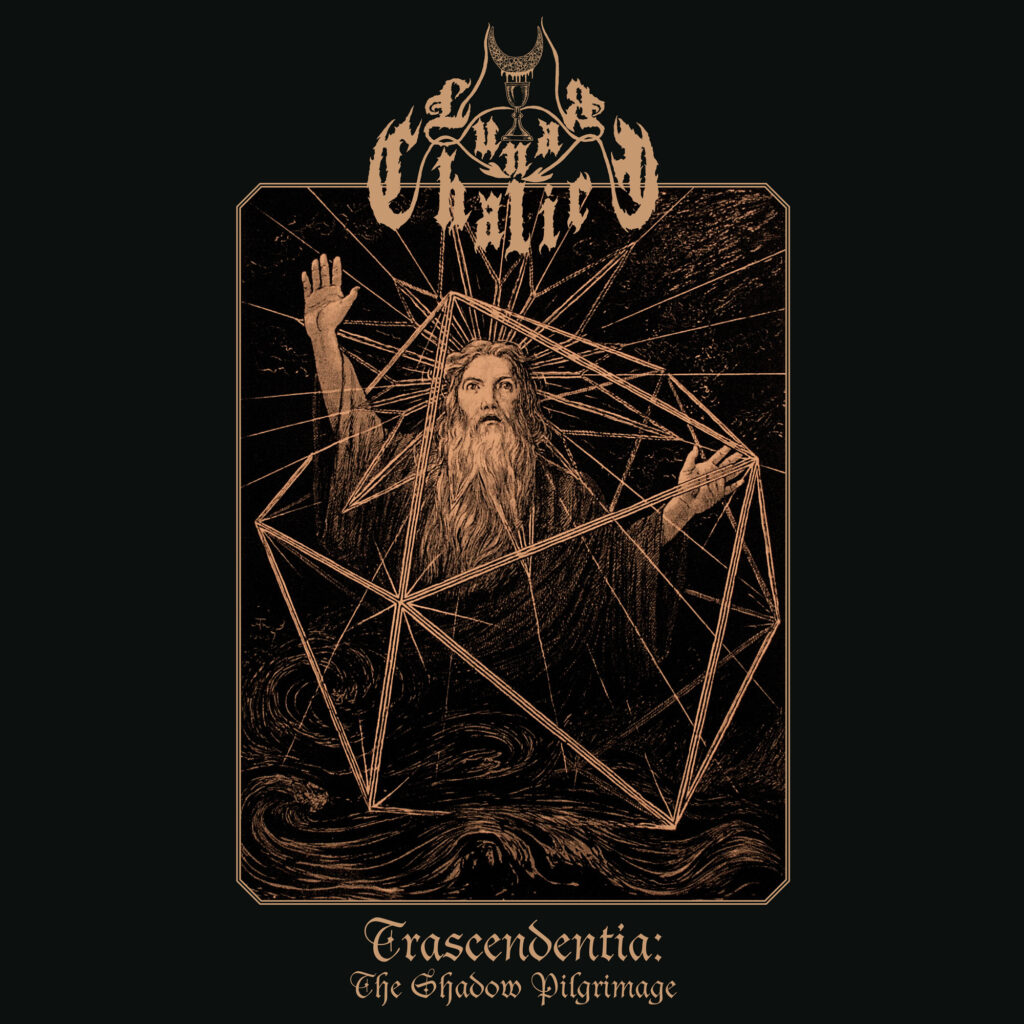 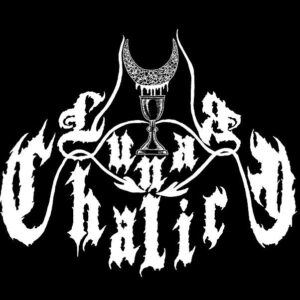 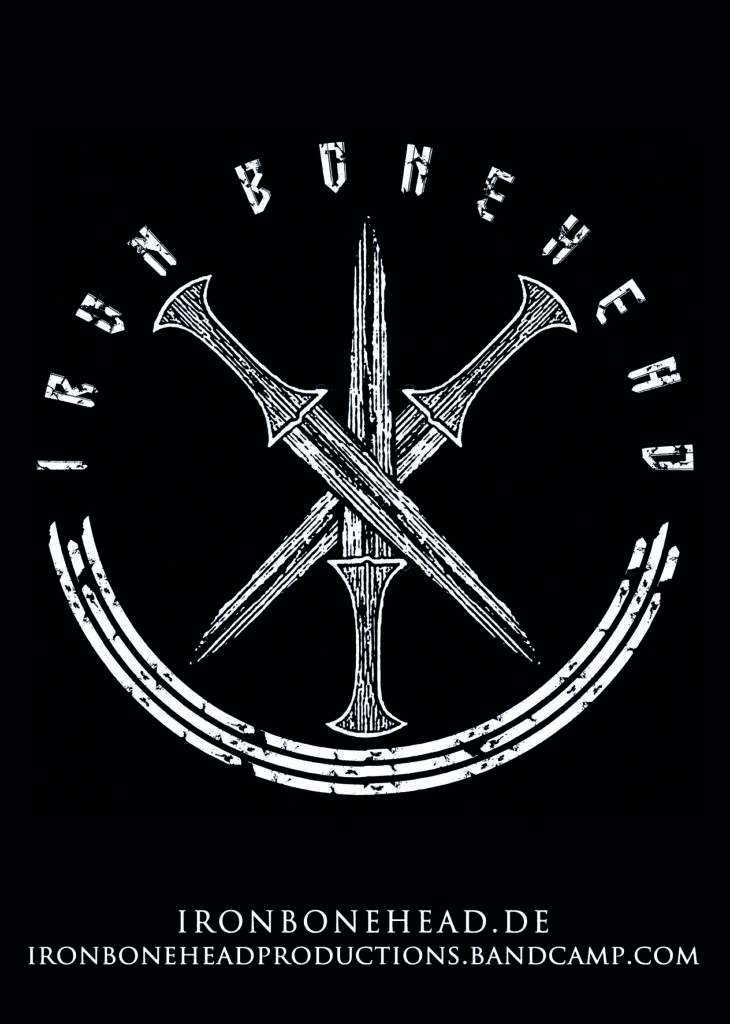